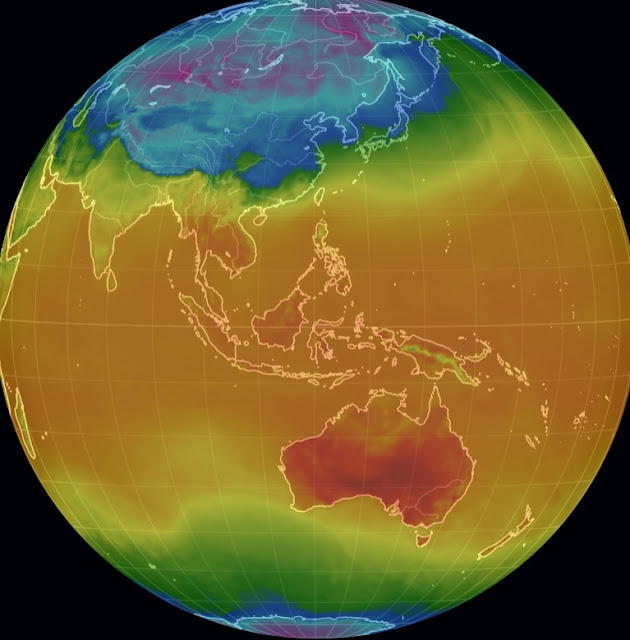 Large parts of the country are in the grips of yet another heatwave, with experts warning the extreme weather could be fatal.

Sarah Fitton, a senior meteorologist from the Bureau of Meteorology's National Operations Centre, said most of South Australia and Victoria and parts of NSW would be affected by a severe heatwave while parts of Tasmania would grapple with an extreme heatwave over the long weekend.

She said the mercury would rise up to 16 degrees above the average maximum temperature for large areas of the country.

Adelaide, Hobart and Melbourne will be the hottest capital cities, with Sunday's overnight temperature only dropping to an "uncomfortable" minimum of 27 degrees.

"Compounding this is the fact it's also becoming very humid.

A slow-moving high-pressure system from the Tasman Sea is bringing tropical moisture from Queensland down into the southern states," Ms Fitton said.

"Normally summer heatwaves are often a very dry heat but the characteristic of this heatwave is that there is high humidity which makes it feel even hotter.

"It increases heat stress as the human body doesn't cool down well in humid conditions.

Evaporative air conditioners can also struggle when it is humid."

But there is relief in sight, with a cool change coming on Sunday through to Monday in much of the country.

"There will be a cold front accompanied by showers and storms cooling off the south of the country on Tuesday and it will move across NSW," she said.

"There will be a complete flushing out of heat in the southern states and except for Queensland it will be very mild for the remainder of the country into early next week."

Victoria's chief health officer Professor Charles Guest warned the current heatwave could be fatal. According to Fairfax media, Professor Guest said elderly Australians were more at risk as they were less likely to use airconditioning.

"We know every time there is a succession of hot days there will be deaths," he said on Friday morning.

"Think of your neighbours and friends. Particularly old people living alone are vulnerable to the heat and not aware they are becoming victim to heat exhaustion."

Beachgoers have also been warned to swim between the flags and avoid rips following a recent spike in drowning deaths across the country.

The South Australian capital will be mostly sunny and very hot with a high of 41 degrees today, before climbing even higher to 42 degrees tomorrow.

There will be a cool change on Monday though with the mercury plummeting to 26 degrees. 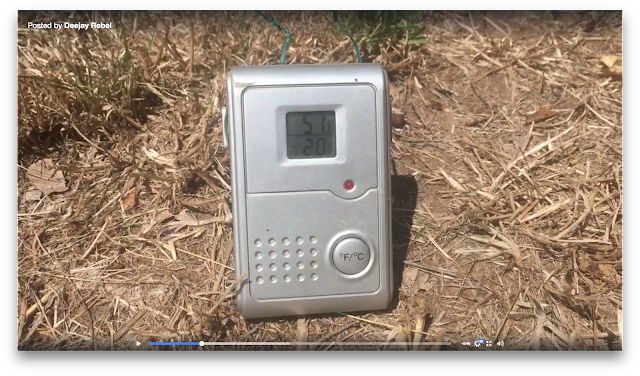 Deejay Rebel of Victoria records what the ACTUAL temperature, as opposed to the reported temperature is HERE
Posted by seemorerocks at 18:02