Is the US preparing preemptive strikes aganst North Korea

US May Be Preparing Preemptive Strike Against North Korean Nuclear Sites 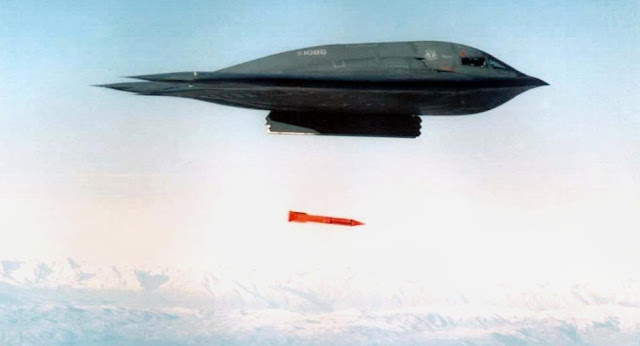 
It’s no secret that the US military has been gradually amassing firepower on the Korean Peninsula since Pyongyang began testing a range of ballistic missiles in April, triggering a US military buildup across the border in South Korea. Now, it appears the Pentagon is preparing its forces there for a potential nuclear strike against North Korea.

The B-2 Spirit stealth bomber and B-52 Stratofortress strategic bomber, the two planes comprising the "air leg" of the US' nuclear triad, have both been deployed to the Korean Peninsula. Furthermore, Business Insider reported that the B-2s may soon be equipped with modified B-61 nuclear bombs.

The B-61 thermonuclear gravity bomb has been the US' low yield strategic and tactical nuclear bomb of choice since the 1960s. Its compact design was recently modified to increase its penetrative potential so that it can better strike at underground targets — where most of North Korea's nuclear arsenal is believed to be.

This is a terrible map.

The new B-61 also can be adjusted to greatly reduce nuclear fallout after a strike. One major point of contention behind an American nuclear strike would be the untold ruin it would bring on North Korean civilians for generations to come. Geopolitical analysts have sought a way for Washington to have its cake and eat it too: to demolish North Korea's nuclear sites without damaging anything but those nuclear sites.

White House reports from earlier in January claimed that Trump was considering a "bloody nose" strike against Pyongyang's nuclear sites. When asked about this possibility, Secretary of State Rex Tillerson told reporters that "we have to recognize that the threat is growing and that if North Korea does not choose the pathway of engagement, discussion, negotiation then they themselves will trigger an option."

Another Trump lieutenant, CIA Director Mike Pompeo, made a rare public appearance for a panel hosted by the American Enterprise Institute (AEI) on Tuesday. When North Korea was inevitably brought up, Pompeo refused to rule out the possibility of an American preemptive strike against Pyongyang — although he insisted that diplomacy remained the US' first choice.

"The president is intent on delivering a solution through diplomatic means… We are equally, at the same time, ensuring that if we conclude that is not possible, that we present the president with a range of options that can achieve his stated intention," Pompeo told AEI.

However, while he wouldn't take the option off the table, he also wouldn't explicitly recommend it. Pompeo said that he would "leave to others to address the capacity or the wisdom of a preemptive strike… we're trying to ensure that all the various options that the president might want to consider are fully informed, that we understand what's really going on and the risks associated with each of those decisions as best we can identify them for him."

He added that he did not buy the argument that North Korean leader Kim Jong-un would only use his nascent arsenal to defend North Korean sovereignty — as North Korean military strategy states — but may also use them to bully or even conquer South Korea. (North and South Korea, in the meantime, have recently engaged in high-level peace talks and agreed to march into the upcoming Winter Olympics under one pro-unification flag, events taken as signs of a serious thaw in relations.)

While Pompeo added that Kim is a "rational actor," it was his opinion that Kim "would use [nuclear weapons] beyond self-preservation."

"This is a threat to the whole world," Pompeo said of the North Korean nuclear program.

Congressional Democrats have announced that they would oppose any strike against North Korea, limited or not; indeed, some reject the premise entirely.

"There's no such thing as a limited strike, whether or not you use a nuclear cruise missile," said Sen. Tammy Duckworth (D-IL), a retired US Army lt. colonel, to reporters one day after Tillerson's remarks. "You will have massive, massive noncombatant injuries, casualties, as well as military casualties."

A 2017 paper published by the Massachusetts Institute of Technology's International Security think tank claimed that modern US nuclear weapons and guidance systems could obliterate North Korea's nuclear infrastructure with five strategic strikes — all while only causing around 100 deaths.Melissa Hanham, a senior research associate at the James Martin Center for Nonproliferation Studies, slammed the MIT study as unrealistic and unfounded. Hanham highlighted the all-important point that the incredible secretiveness of the North Korean government means that there may be nuclear sites or weapons that are unknown to their enemies, and thus would not be eliminated by a presumed "bloody nose" strike.


​There is also the concern of Pyongyang's vast arsenal of conventional weapons that most analysts agree could cause catastrophic damage to the South Korean capital of Seoul in case of armed conflict.


The U.S is not interested in peace or even the Korean Peninsula. They have their own “strategic interests”. 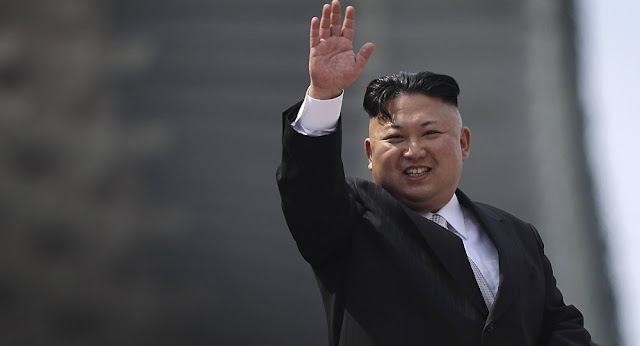 On Wednesday, North Korea sent a rare announcement to “all Koreans at home and abroad,” calling for a “breakthrough for independent unification” on both sides of the Demilitarized Zone.

The message, carried on North Korean state media, said that all Koreans should "promote contact, travel, cooperation and exchange between North and South Korea" on a "wide scale to remove mutual misunderstanding and distrust."

The announcement reflects a statement adopted after a meeting between the government, political parties and organizations of North Korea, according to KCNA. It encourages Koreans to "improve the North-South relations and make a breakthrough for independent reunification," the goal of North Korea's leadership.

"Let us wage an energetic drive to defuse the acute military tension and create a peaceful climate on the Korean Peninsula!" the statement goes on to say, adding "We will courageously smash all challenges going against the nation's desire for reunification."
Posted by seemorerocks at 14:15