The Democrats are melting down after today's FISA memo decision

There are signs that the Democrats are melting down after today's events – the 'resignation' of Andrew McCabe and the decision to release the 4 -page Nunes FISA memo.

Having watched the stealing of the primary by Hillary of the election from Bernie Sanders, the blaming of her loss on Russia to distract from the reality of unimaginable corruption involving the Clintons and the intelligence agencies my biases are clear.


I hope these people get their comeuppance one way or another!
Nancy Pelosi Comes Unglued After GOP Votes to Release FISA Memo – Shakes, Stutters, Snaps at Chris Cuomo! 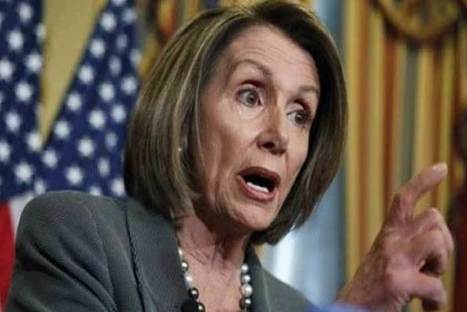 The memo which was open to all House members to review was read by 190 Republican lawmakers and only 10 Democrats in the last week.
Pelosi has not said if she actually read the memo.

But that didn’t stop her from saying the memo was dangerous and untrue.FOX News reported:

House Minority Leader Nancy Pelosi, D-Calif., said in a statement that the committee’s Republicans had “crossed from dangerous irresponsibility and disregard for our national security into the realm of cover up” and “disregarded the warnings of the Justice Department and the FBI.”

“Chairman Nunes’ memo contains significant inaccuracies and omissions that misrepresent the underlying intelligence and jeopardize the effectiveness of our intelligence and law enforcement communities,” Pelosi added.

Minority leader Pelosi then went on CNN and stuttered her way through an interview on the memo.

Nancy Pelosi: They have made up a memo that isn’t even true. And they’re lying to the American people.
Chris Cuomo: So what are you going to do about it?
Nancy Pelosi: The Republican Party has crossed over to cover up. They’re deadly afraid of the Russia investigation.
Chris Cuomo: Wray, who was recently selected by President Trump, he got the memo. He could have come out and said, ‘This is reckless, don’t release it.’
Nancy Pelosi: With all due respect, you really don’t know what you’re talking about right now!

I suspect all this idiot needs to do is to look at the DoJ website for a redacted version. But they don’t want you to know that! 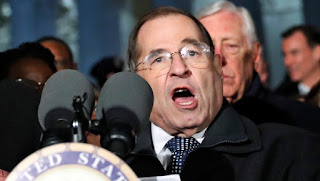 Rep. Jerrold Nadler, the top Democrat on the House Judiciary Committee, on Tuesday wants the highly classified source materials used by GOP staffers in the House Intelligence Committee to write a memo allegedly outlining surveillance abuses by the Obama administration to other members of the panel.

"You and I have had the opportunity to review many of the documents that the intelligence committee claims are the basis of its memo," Nadler wrote in a letter to House Judiciary Committee Chairman Bob Goodlatte, R-Va., Tuesday.

"Those materials tell a very different story than the conspiracy theory concocted by [House Intelligence Committee] Chairman [Devin] Nunes and being repeated by the press," the New York Democrat continued

Adam Schiff is melting down. He lost big time Monday after the House Intel Committee voted in favor of releasing the FISA memo to the public.

Schiff said his motions to delay the release of the explosive memo were voted down.

he Democrat memo WILL NOT be released at the same time as the GOP memo which sent Schiff into a tailspin.

Old Schiffty also said the GOP House Intel Committee has opened an investigation into the FBI and DOJ.
It gets better! The Democrats have not yet released their memo to the committee for review which is why it wasn’t released Monday. Oh well! 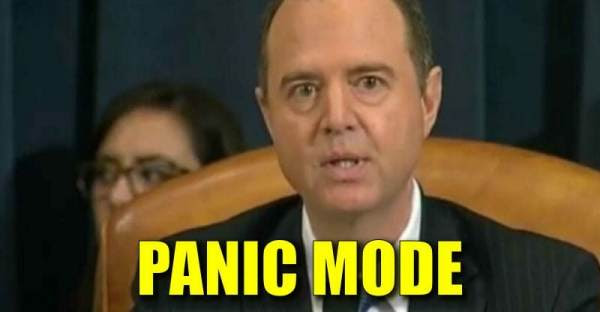 Adam Schiff will be losing sleep tonight.
The Democrat Rep. sent out a late night unhinged tweet hemming and hawing over the damning FISA memo set to rock his world. He then got called out for misleading the public about the Democrat counter-memo.

Independent Concepts@treyconners
Replying to @RepAdamSchiff
your lying when you do not disclose that the Dems hit piece response was voted to go through the same release process as the #FISAMemo Which is why its taken weeks for #FISAMEMO to get released amongst heavy criticism from the left! #FisaAbuse #Leakyschiff

JewishPrincess@LuvRedWhiteBlue
Replying to @RepAdamSchiff
Schiffy & the Dems are shitting in their pants! They know Americans are seeing the DemoCRAPS for the lying corrupt frauds they truly are! Just wait! #ticktock #ReleaseTheMemo #RedTsunami2018

RudyLOPEZ.BIGLI@ChakalRudy
Replying to @RepAdamSchiff @Lindamcgovern11
The SCHIFF HITS THE FAN!

JS™@1ChordWonder
Replying to @RepAdamSchiff
LIAR! They voted UNANIMOUSLY to let the House members view your SPIN memo. The same process Nunes' memo took. You are such a slimy, lying snake!

TRUMPSTER # 45 #@pederanderson1
Replying to @RepAdamSchiff
Getting scared as to what's in the MEMO ! There coming after you and Blumenthal next you leaker !

Pat Miletich
✔@patmiletich
Replying to @RepAdamSchiff
Your panic is palpable

Carl J Becker@Kuttz53
Replying to @RepAdamSchiff
Did you mention that they voted to release your "memo" to the house for review?
Wasn't that the SAME step they did with the Nunes memo?
Is there a reason your "memo" is so special that no one can review it before it is released? What are you trying to coverup?


Democrat hacks like Adam Schiff should get used to losing. The Deep State is being dismantled; the FISA memo is going to send the cockroaches scattering.