There but by the grace of God go we in Wellington,New Zealand and many other places in the world 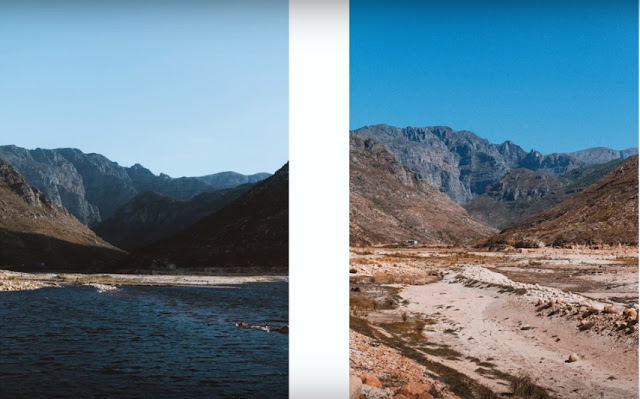 "Day Zero" April 29, 2018 is the day Cape Town population 3.75 million becomes the first major city in the world to run out of drinking water!

At the current rate of consumption, officials warn April 29, 2018, will become Day Zero, the day the city’s taps will be turned off, becoming the first major city in the world to run out of water.

On January the 1st 2018 residents of South Africa's bustling city of Cape Town, home of nearly 4 million people celebrated the start of a new year with stringent new water regulations.

The Level 6 restrictions came into effect to combat an unprecedented drought which threatens to make Cape Town the first major city devoid of water.
Poor management and planning have brought on Cape water crisis according to some.

As much as climate change has most certainly brought in a huge negative effect, poor water management and lack of planning have played a large role too.

For the past seven years, a huge increase in the volumes of tourists visiting Cape Town has also affected the decrease in water, according to officials.

According to Reuters, 2018 will see agricultural water to be reduced by 60 percent and commercial use by 45 percent, compared to pre-drought allocations.

The drought and water stress across most of South Africa follows a strong El Niño in 2015 and 2016.

The weather pattern — characterized by warmer-than-normal ocean water in the equatorial Pacific — resulted in extreme heat and spells of dry weather.

At the current rate of consumption, officials warn April 29, 2018, will become Day Zero, the day the city’s taps will be turned off.

“The city of Cape Town could conceivably become the first major city in the world to run out of water, and that could happen in the next four months,” Dr. Anthony Turton, a professor at the Centre for Environmental Management at the University of the Free State, told the New York Times.

The City of Cape Town's rationing intervention is starting to have an effect on consumption but water usage must be reduced further.

Consumption is at 585-million litres of collective usage per day.

The City activated water rationing as part of the implementation of its Critical Water Shortages Management Disaster Plan.

This action intensifies the preceding months of pressure management which continues to be done in an attempt to force water consumption down to required levels.

Due to the critical nature of available water supply, all water users across the metro must expect water rationing, which could lead to water supply disruptions.
This is likely to result in water supply being disrupted during peak water usage times in the mornings (between 05:00 and 09:00) and in the evenings (between 17:00 and 21:00) if usage is above the required levels.

It must be noted that theoretically everyone should have water but that the duration of the outages would depend on the water usage for the area and whether it is within the water restriction levels.