An update on the condition of the Hutt River 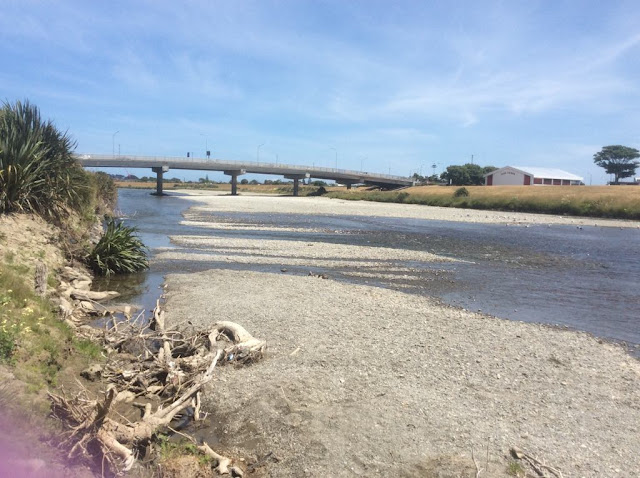 In early December I posted the following description of how we saw the situation with the Hutt River, the main source of water for the Wellington region.

The Hutt River, water source for the whole region, in deep crisis

Yesterday after watching video footage of the water crisis in Cape Town, South Africa, Pam and I travelled upstream from the Taita Gorge, one of the sites where the Hutt River's water flow is measured.

Here is a brief discussion of what we saw and what we think it means.

I have been monitoring what looks to me to be a declining condition of the river since 2015 through photographing it and comparing flow rate statistics for the past few years. 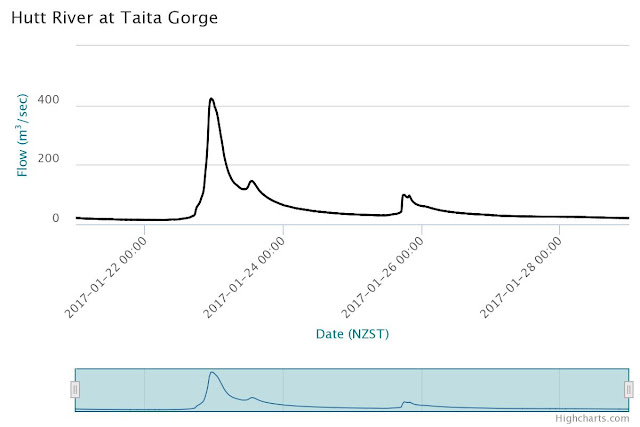 Worse than that, the figures on the graphs are in cubic meters/second whereas the more accurate figures provided by the regional council are in litres/second which means that comparison is made very difficult.

However, for all that we can paint a picture.

Last year we had ‘the summer that wasn’t’ after several years of drought and reduced flow.

In 2015 the regional Council pushed the panic buttons and introduced watering restrictions for residential use, while corporate use remained unabated.

The last year that we can compare this season with is 2016 - the year of an unprecedented el-Nino. 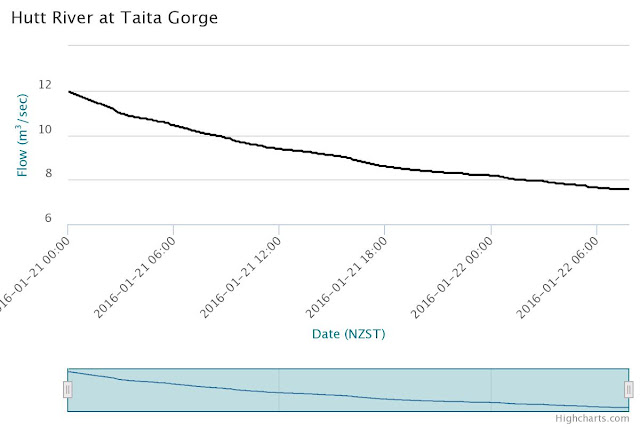 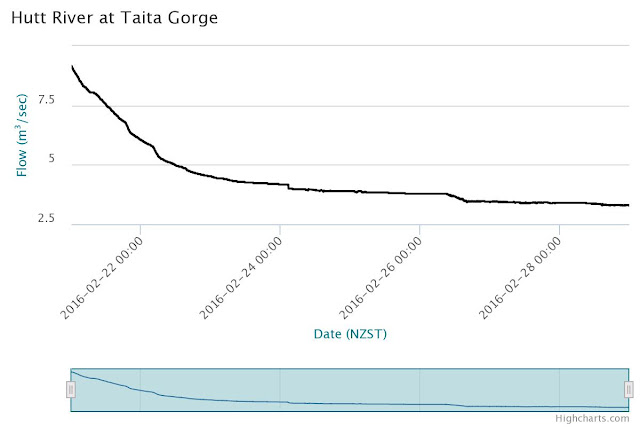 This is what it looked like from our spot for comparison at that time. 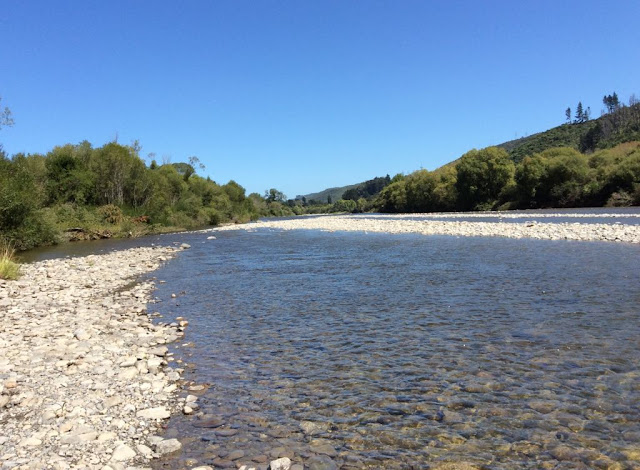 By comparison flow rates at the beginning of this summer were just over 3 metres/second, where they remain almost 2 months later.

It has to be pointed out that at the beginning of January we had a single episode of rain which filled the river again briefly to about 4.4 meters/second. 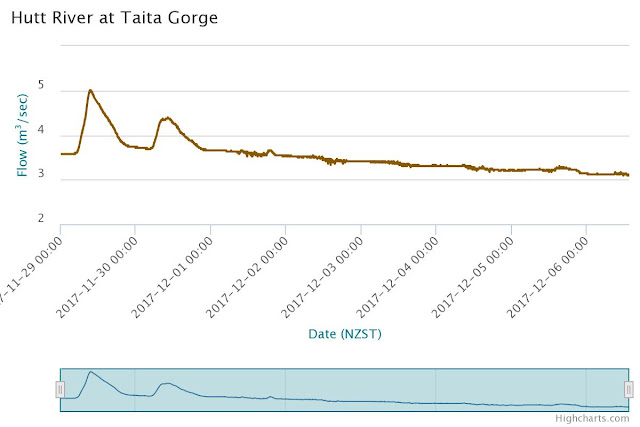 Since then the river flow has returned to what it was previously at the beginning of summer. 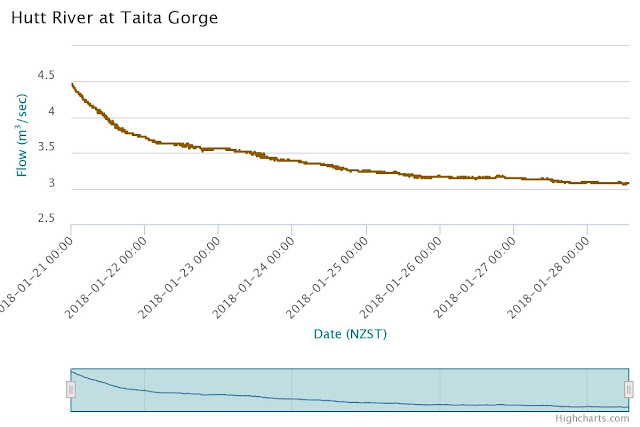 As pointed out in our video, at the same point we went to in 2016, when we had to wade through a flowing river, there is now nothing more than puddles of water and areas of toxic algae which we struggled to keep our dog away from. 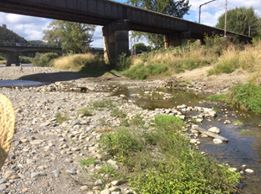 Here you can see the toxic algae in the water where 2 years ago the river was flowing more-or-less freely. 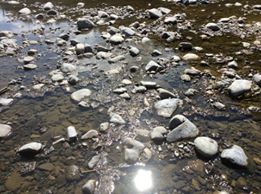 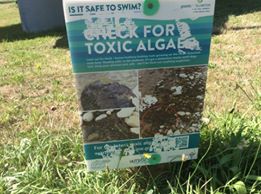 Not toxic but this water does not look too healthy. 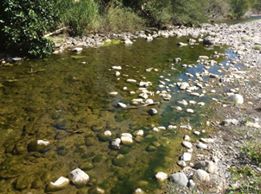 As pointed out by Pam in the video there is very little native vegetation evident on the river flood plain. However, some healthy flax serves as a reminder of what was once there. 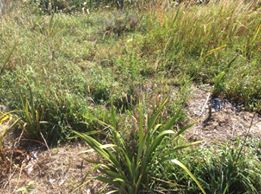 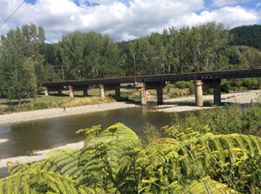 But this is the view upstream from the nearby road bridge. The water comes up to about knee-level, no more. 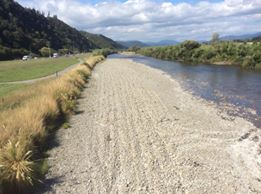 Given that 2016 was a year of unprecedented drought in the midst of perhaps the worst el-Nino of recent time both the photos and the very imperfect data seem to indicate that the water situation is getting worse. 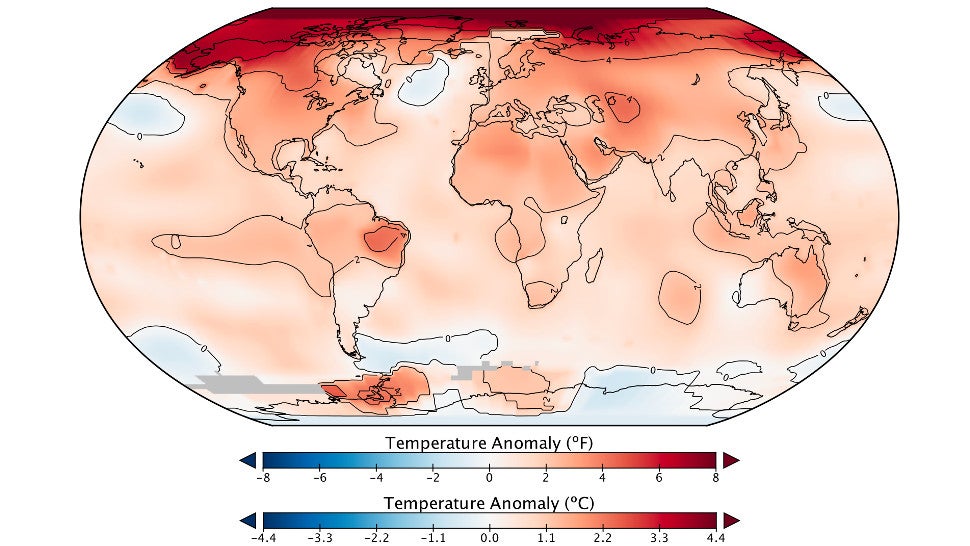 This has to be seen in the context of an extended 'hot blob' in the Tasman Sea and unprecedented heat throughout December and January with this month looking like producing the hottest temperatures on record. 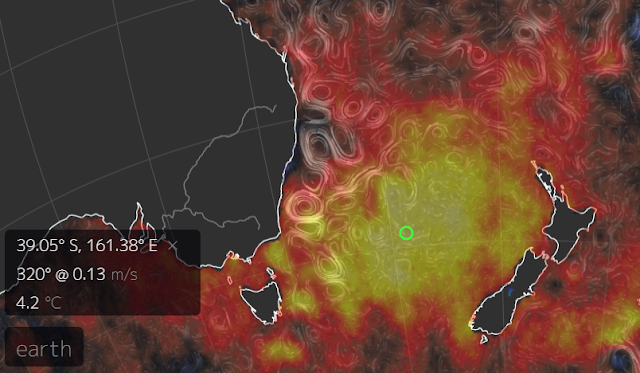 Throughout all of this I have seen very little acknowledgement of a worsening crisis apart from an occasional kneejerk reaction restricting watering of gardens while commercial use goes unabated and signs to keep dogs away from the toxic algae.

What we have is a combination of unacknowledged abrupt climate change, still in its very early stages, with absolute denial of the problem and a failure to plan for what could become a major unfixable crisis "earlier than previously expected."

Attempts by the authorities to stop the population from panicking seem to override the need to actually do something.

Meanwhile, informal sources have told us that the Whaitua process which is supposed to provide a "collaborative regional approach" to the health of the whole river catchment is not getting off to a great start as the process is reportedly being dominated by farming interests in the upper reaches of the river catchment.

Here is the propaganda:

In addition, I have been told that the Orongorongo River, which also acts as a source of water for the region, has been reduced to practically a trickle. 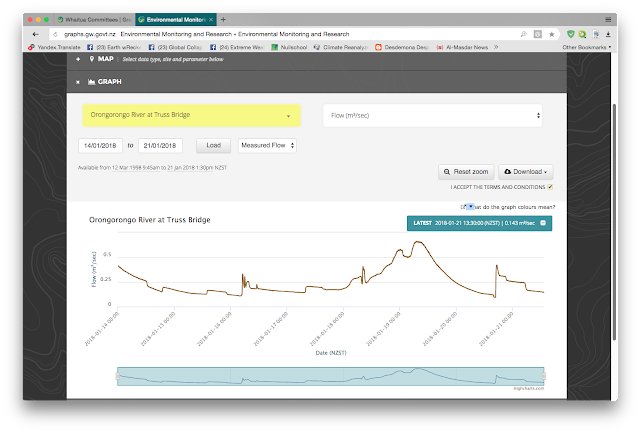 Friends living by the Wainuiomata River (also a source of water for the region) reported severe water problems before New Year, while friends in the southern Wairarapa had their local water source run completely dry.

Given reports that the present la-Nina is supposed to turn into an el-Nino later in the year, I fear to think of what lies ahead in the coming months.

If we are talking about years, I suspect the prospects are difficult to imagine. 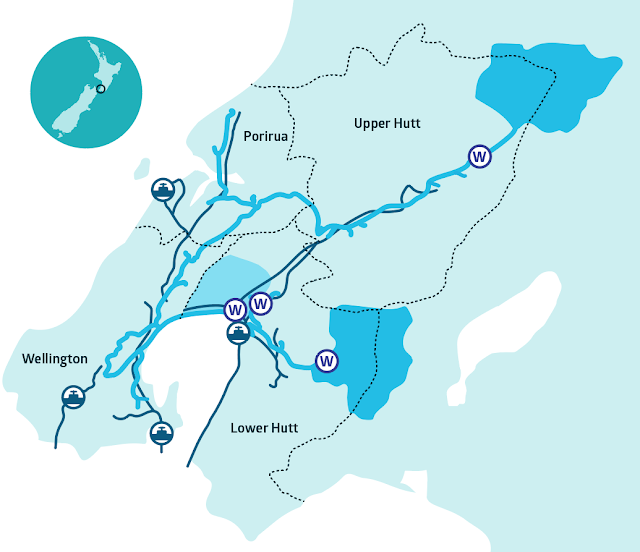