How the Establishment Undermines American Democracy
By Philip M. Giraldi 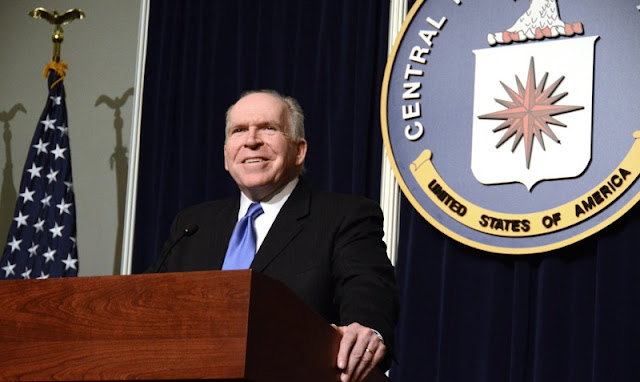 January 22, 2018 "Information Clearing House" -  There is a growing consensus among many observers in Washington that the national security agencies have become completely politicized over the past seventeen years and are now pursuing selfish agendas that actually endanger what remains of American democracy. Up until recently it has been habitual to refer to such activity as the Deep State, which is perhaps equivalent to the Establishment in that it includes financial services, the media, major foundations and constituencies, as well as lobbying groups, but we are now witnessing an evolutionary process in which the national security regime is exercising power independently.

In a devastating critique former Central Intelligence Agency operations officer John Kiriakou has described how the Democratic Party, as part of its frenzied effort to bring down President Donald Trump, has embraced a whole group of former intelligence and law enforcement officers who appear to be on the same side in seeking a more responsible and accountable executive branch but who are in reality pursuing their own agenda.

Formerly intelligence and law enforcement agencies acted under the direction of the White House but without any political bias. Transitions from Democratic to Republican administrations were consequently seamless for the employees of CIA, FBI, DIA and the NSA, but this has changed. In the 2016 election a line-up of retired senior officers from those organizations openly supported the Clinton campaign and even went so far as to construct elaborate conspiracy theories regarding Trump and his associates, including the claim that Donald Trump is actually an agent of Russia.

The desire to discredit and ultimately delegitimize Trump even involved some active duty senior officers, including John Brennan, Director of CIA, who exploited Agency relationships with foreign intelligence services to develop information on Trump, and James Comey of the FBI who initiated an investigation of Trump’s associates. Both were involved in the later surfacing of the notorious Steele Dossier, a collection of fact mixed with fiction that sought to destroy the Trump presidency even before it began.

Kiriakou cites recent activity by Brennan as well as former NSA and CIA head Michael Hayden as well as former Director of National Intelligence James Clapper, all of whom have been politically active. The three men appear frequently on television as self-described “senior statesmen,” but, as Kiriakou observes they are “…monsters who have ignored the Constitution…and international law. They have committed war crimes and crimes against humanity.”

They together with lesser figures like George Tenet, Jose Rodriguez, Michael Morell and John McLaughlin authorized technical spying on nearly everyone, torture, rendition of suspects so they could be tortured by others, random killing of “profiled” foreigners and targeted killing of American citizens. Brennan was in charge of a “kill list” for President Barack Obama.

Former Reagan Assistant Treasury Secretary Paul Craig Roberts meanwhile asks why liberal international organizations like Amnesty International are fundraising to oppose Trump when the real threat to a better and safer world and country is coming from the largely unaccountable “security agencies, the police, the neoconservatives, the presstitute media and the Republican and Democratic Parties?”

Antiwar activist Justin Raimondo also picks up the gauntlet, describing how the national security agencies and the Democratic Party have joined forces to create a totally false narrative that could lead to nuclear war. They and the media appear to truly believe that “…the country has been taken over by Vladimir Putin and the Russian State…Trump is an instrument in their hands, and the independence of the United States has been fatally compromised: the president and his top aides are taking their orders from the Kremlin.” He concludes that “Our intelligence agencies are at war with the executive branch of government…to reverse the [2016] election results.” Raimondo believes that Trump is being particularly targeted because his unpredictability and populism threaten the wealth and power of the elites and he notes “If you think they’ve ruled out assassination you’re being naïve.”

Raimondo believes that something like a civil war is coming, with the war party Establishment fighting to defend its privileged global order while many other Americans seek a return to normal nationhood with all that implies. If true, the next few years will see a major internal conflict that will determine what kind of country the United States will be.

Philip Giraldi, is a former counter-terrorism specialist and military intelligence officer of the United States Central Intelligence Agency (CIA) and a columnist and television commentator who is the Executive Director of the Council for the National Interest.

This article was originally published by Strategic Culture Foundation -