A corporate assault on a city

I have been wanting to post this article for some time now, but with  yesterday's news needed to write something myself
So here it is - an article by Lyn Williams who submitted originally submitted a version of this article to the Press of Christchurch, which no doubt found it a bit close to the bone and declined to publish it
Lyn lives in rural Canterbury; her family has lived in Christchurch for six generations.


When I asked for an intro from Lyn she submitted the following:


A Tale of One City
Lyn Williams, te Wharewhero 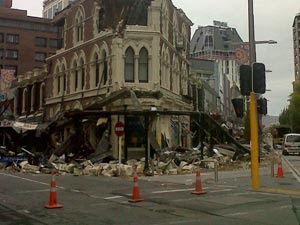 I have a big emotional investment in Canterbury – I never knew how much until I saw it threatened. And I’m not talking about the threat of the 9000 or so earthquakes since September 2010– I’m talking about the political and economic quakes. They’re what will destroy NZ’s second city and take most of the Canterbury we knew with it.
Posted by seemorerocks at 17:01