By Moon Of Alabama 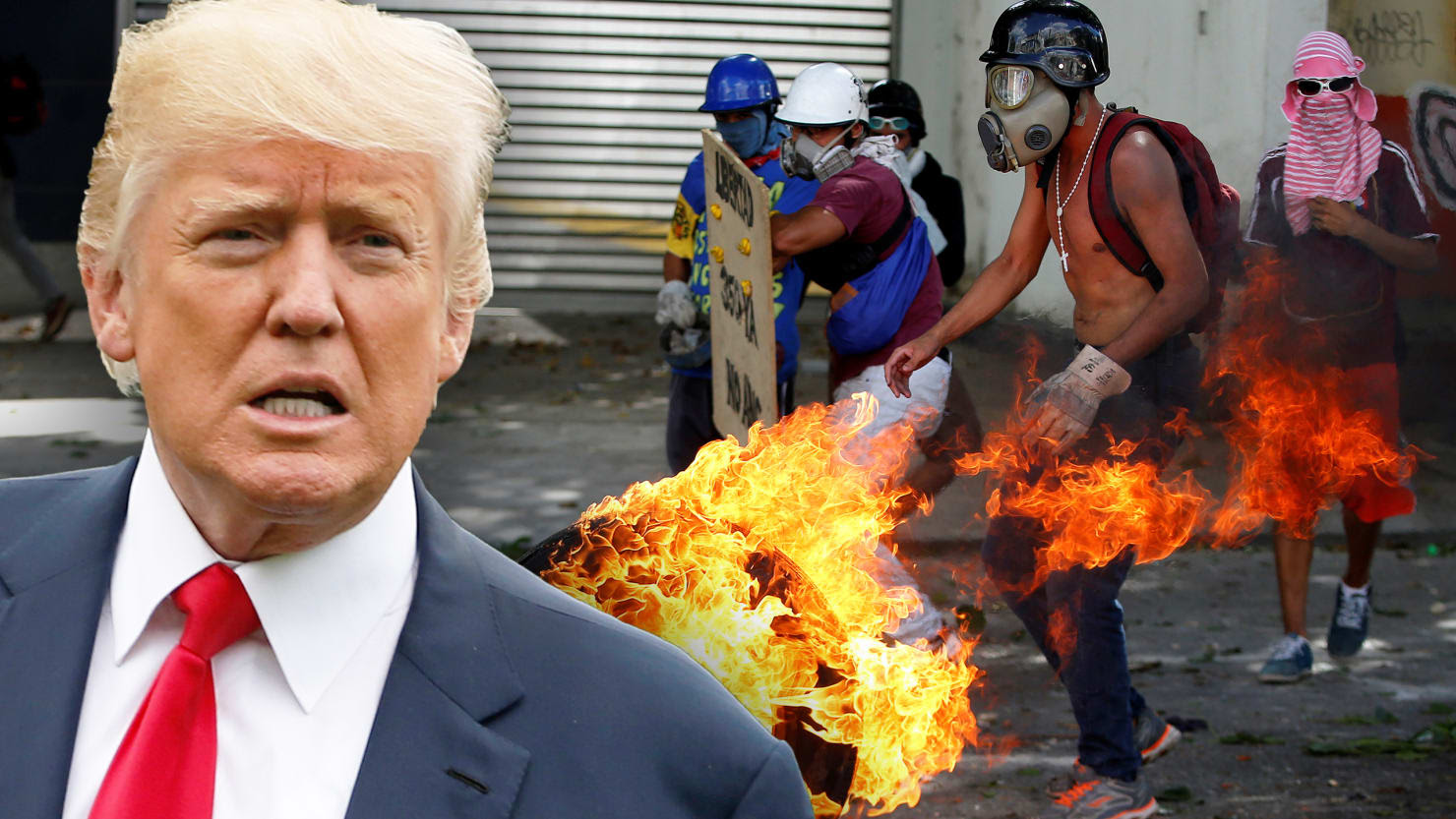 A month ago we warned of the upcoming war on Venezuela. Such a war could blow up huge in many nations of the region.

The U.S. trained and financed opposition has tried to create violent chaos in the streets but failed to gain traction with the majority of the people. The only support it has inside the country is from the richer bourgeois in the major cities which despises the government's social justice program. Workers and farmers are better off under the social-democratic policies of first Hugo Chavez and now Nicolas Maduro. The coup attempt as step one of a U.S. takeover of Venezuela has failed.

Last month a new constitutional assembly was voted in and it is ready to defend the state. The opposition boycotted the election to the assembly but is now complaining that it has no seats in it. One of the assemblies first moves was to fire the renegade General Prosecutor Luisa Ortega Diaz. She had condemned the government for its resistance to the coup attempts. She now has fled the country together with her husband. The Miami Herald admits that she is on the U.S. payroll:

Ortega, a longtime government insider who became chief prosecutor in 2007, is likely safeguarding some of the administration’s most damning legal secrets. And she’s thought to be working with U.S. law enforcement at a time when Washington is ratcheting up sanctions on Caracas.

Word is that Ortega's husband was blackmailed by the U.S. after he was involved in large illegal transactions.

U.S. President Trump threatened to use military force should the dully elected President Maduro not give up his position. The CIA head Pompeo recently visited countries neighboring Venezuela "trying to help them understand the things they might do". Did he suggest weapon supplies to some proxy forces or an outright invasion?

The sanctions Trump signed by executive order prohibit financial institutions from providing new money to the government or state oil company PDVSA. It would also restrict PDVSA's U.S. subsidiary, Citgo, from sending dividends back to Venezuela as well as ban trading in two bonds the government recently issued to circumvent its increasing isolation from western financial markets.

Venezuela was prepared for at least some of these sanctions. A few moth ago the Russian oil giant Rosneft acquired a share of PDVSA and at least some oil sales are routed through that company:

Russian oil firm Rosneft has struck deals with several buyers for almost its entire quota of Venezuelan crude for the remainder of the year, traders told Reuters on Wednesday, the first time it has conducted such a large sale of the OPEC member’s oil.
...
Venezuela's oil deliveries to the United States have declined in recent years amid falling production, commercial issues, and sanctions on Venezuelan officials.

The White House statement calls Maduro a "dictator" and his Presidency "illegitimate". Both descriptions are laughable. Maduro was elected in free and fair elections. The former U.S. president Jimmy Carter called the election system in Venezuela the best in the world. The new sanctions will likely increase the support for the current government.

In a call to brief reporters on the measures, the [senior Trump] official said the United States has significant influence over Venezuela's economy but does not want to wield it in an irresponsible manner that could further burden the already-struggling Venezuelan people.

Venezuela will now have some troubling times. But unless the U.S. launches an outright military attack on the country -by proxy of its neighbors, through mercenaries or by itself- the country will easily survive the unjust onslaught.

With 300 billion barrels the proven oil-reserves of Venezuela are the largest of the world. They are the reason why the U.S. wants to subjugate the country. But neither Russia nor China nor anyone else wants to see those reserves under U.S. control.

This article was first published by Moon Of Alabama -

'Worst aggression in 200 years': Venezuela stands up to new US sanctions

Caracas has blasted Washington’s new sanctions against Venezuela, following the latest round of restrictions that the Trump administration imposed on the oil-rich country, targeting its energy sector.

On Friday, the Trump administration issued an order prohibiting Americans from dealings in new debt and equity issued by the Venezuelan government and by its state oil company, PDVSA.

The White House said the measures “are carefully calibrated to deny the Maduro dictatorship a critical source of financing to maintain its illegitimate rule.”