More on the response to North Korean missile test

My prediction is that at 5 pm Radio NZ, true to tradition, will have its head up its arse and be obsessed with local election politics, and pull the wool over the eyes of New Zealanders as to the danger to all of us of what has transpired today.

US President Trump has started more joint drills with South Korea on North Korea's border in response to the latest missile fiired by North Korea over Japan.

increase pressure on Pyongyang after 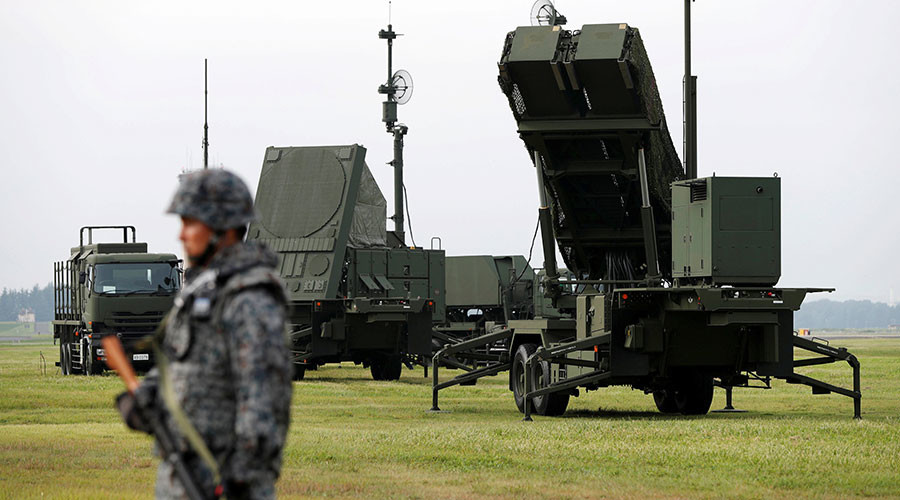 Japanese PM Shinzo Abe has held a phone conversation with US president Donald Trump, in which the two leaders agreed to ramp up pressure on North Korea after its latest test of a suspected intermediate range ballistic missile which flew over Japan.

Following the conversation, Abe told reporters that Trump restated Washington's full commitment to their ally’s security and assured him that the United States was “100 percent with Japan.”

After Tuesday’s launch and flyby over Japanese territory, the country’s prime minister vowed to do everything in his power to protect his nation.

“We will make utmost efforts to firmly protect the lives of the people,”Shinzo Abe said Tuesday before convening an emergency session on the missile firing, Reuters reports.

Abe also said that Japan had "requested an emergency meeting of the UN Security Council."

“This ballistic missile launch appeared to fly over our territory. It is an unprecedented, serious and grave threat to our nation,” Yoshihide Suga told reporters, according to Reuters.

Suga added that Tokyo will work closely with Washington and Seoul, as well as other regional countries to issue an appropriate response.

an angry response from Tokyo

Another view. I do not buy the idea for a single minute that this was at the behest of the Chinese and the Russians

Posted by seemorerocks at 16:02