Families forced to climb into attics to escape floodwaters in Houston 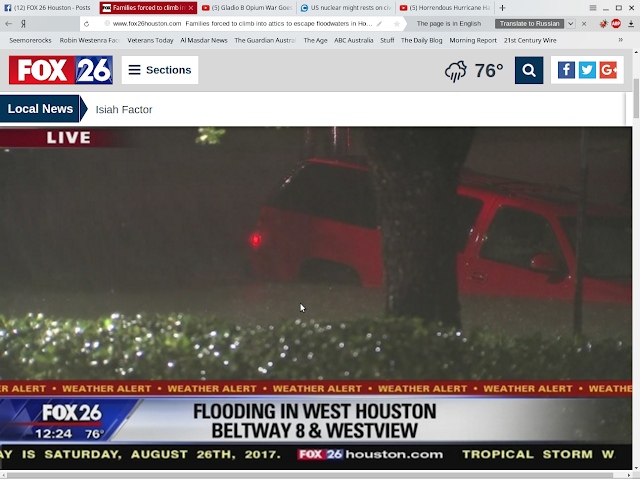 HOUSTON (FOX 26) - The flooding in Houston and surrounding areas is forcing people to take extreme action.
The Harris County Flood Control District is receiving reports of people  climbing into their attics as water continues to rise in southeast Harris County.
Authorities say water levels in the area are equal to or maybe even greater than the levels seen during Tropical Storm Allison in 2001.

Jeff Lindner @JeffLindner1
Calls to HCFCD of people climbing into their attics. Flooding in SE Harris County is equal to or greater than TS Allison #houwx


The Most Addicting Shopping Site For WomenTophatter

If you're over 25 and own a computer, this game is a must-have!Throne: Free Online Game

One woman in southeast Houston sent out a distress call on Twitter, saying she and two children were being swallowed up by water.
She wrote that 911 was not responding. Within 30 minutes, Houston Police were able to respond to her tweet and passed her message to dispatch.

Maritza RITZ Willis @RitzWillis
I have 2 children with me and tge,water is swallowing us up. Please send help.
11115 Sageview
Houston,Tx.
911 is not responding!!!!!!


FOX 26 Meteorologists are urging viewers to get to higher ground if there is flooding in your area as more rain is expected to hit us over the next few days.