For Houston, a city that hosts a massive oil industry, it’s the climate change related flood version of the Fort McMurray fire. And we may well be witnessing, at this time, a tragedy that we could have at least in part prevented, but didn’t.

For Houston, a city that hosts a massive oil industry, it’s the climate change related flood version of the Fort McMurray fire. And we may well be witnessing, at this time, a tragedy that we could have at least in part prevented, but didn’t. 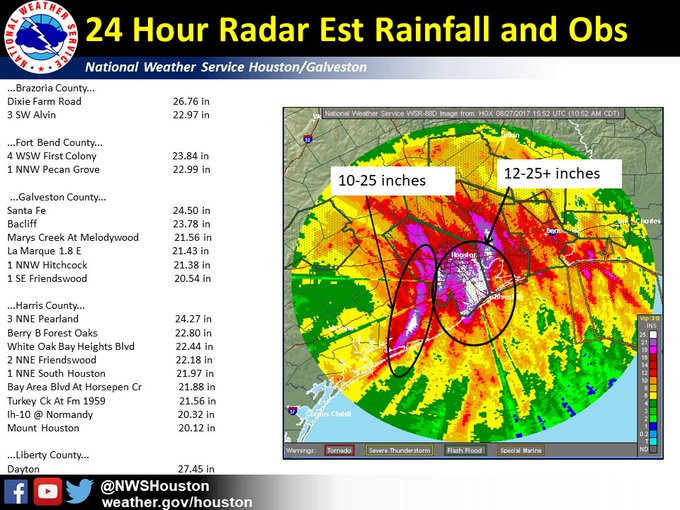 *****
Last week at this time, meteorologists were tracking a tropical cyclone moving across the Caribbean. 5-7 day models indicated that the system would enter the Gulf of Mexico by late week. This Gulf was hotter than normal. And for the past three months it had been dumping an over-abundance of moisture into an unusually deep summer trough over the Eastern U.S. This interaction between two features related to human-forced climate change was already producing very severe thunderstorms that generated record rainfall over places like Kansas City, Missouri.
Harvey was very moisture rich. It issued from a tropical convergence zone and monsoon cycle that had hit unusually high intensity — due, at least in part, to abnormally warm ocean surface waters injecting much higher than normal moisture loads into the tropical atmosphere. And early last week there was some serious concern that intense tropical moisture in the form of Harvey could combine with a Gulf and Eastern U.S. weather and climate pattern that had already produced unprecedented rains to generate ultimately catastrophic results.

These fears have now been realized. 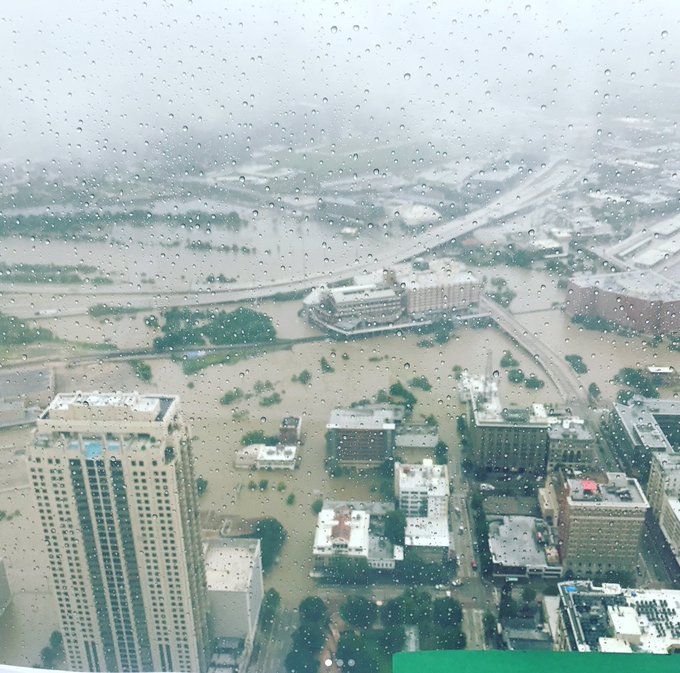 As of this afternoon,  parts of Houston and Southeast Texas had received more than 30 inches of rainfall — with up to 26 inches falling in just one 24-hour-period. Hourly rainfall rates at times have hit an equally unprecedented rate of up to six inches per hour. For context, one inch per hour rainfall rates in the past have been considered extreme. Six inches per hour is just off the charts. In many places, the most rain ever to fall over a one day time-frame was breached.

As we have seen so often around the world from globally increasing instances of record rainfall, roads flooded, cars were abandoned, and people were forced to climb onto their rooftops to flee the rising waters. In a Houston that is increasingly looking like post-Katrina New Orleans, more than 1,000 emergency calls for water rescues had been received by this morning. And with rivers hitting never-before-seen heights in a flood-prone city that is also facing the effect of rising sea levels, the rains were showing little sign of abating.

(Pivotal weather shows up to 32 inches of additional rainfall for the Houston region through Tuesday. The storm, however, may last through Thursday or later. Image source: Pivotal Weather.)
As much as 1-3 feet of additional rain is still expected from the storm. In the worst case, this would bring ultimate rainfall totals to 50-60+ inches. In a litany that we are hearing practically everywhere now — this would be the worst rainfall event Texas has ever seen in our records. It might, ultimately, be the worst flood from rainfall the U.S. has ever seen.


Moreover, weather models now indicate that Harvey may slowly track back toward the Gulf of Mexico. If this happens, a storm that is already pulling severe volumes of moisture in from the Gulf could be somewhat re-invigorated. Such a result would bring a second pulse of intense rains to parts of Southeast Texas and possibly Louisiana.

An additional concern is the fact that later this week Harvey shows a possible interaction with another stationary tropical cyclone forming near the southern tip of Baja in the Pacific. The two storms appear to interact to draw still more moisture from the abnormally warm Gulf over Southeast Texas later this week. Of course, this GFS-based forecast is still longer range — and therefore less certain. But the models do seem to continue to indicate a persistent heavy rainfall potential for an already catastrophically flooded region over an unprecedented long time frame.


This is exactly the kind of extreme rainfall event that some of us have feared coming from a warmer, more moisture-rich atmosphere in which weather systems have tended, more and more often, to persist and produce long-lasting effects. For the sake of all involved, we are now reduced to prayers and hopes that the worst case does not continue to be realized. 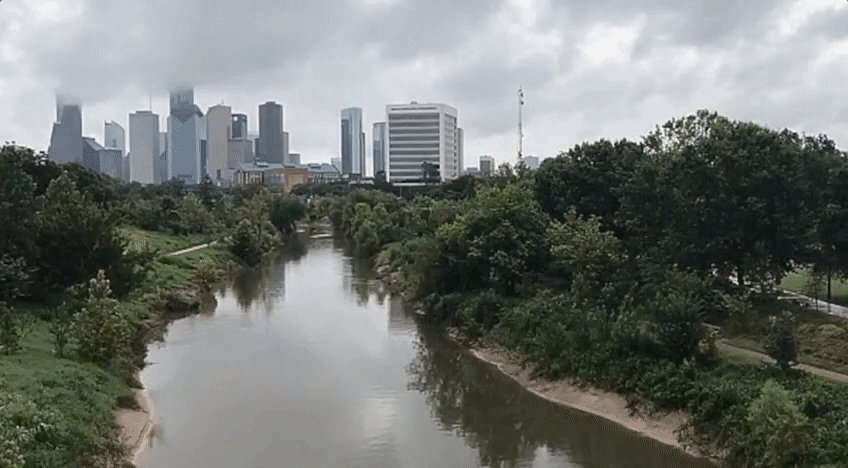 Matt Reagan @ReaganMatt
Unbelievable Before & After of the flooding on Buffalo Bayou in#Houston from #Harvey. (Via streetreporter on Youtube) 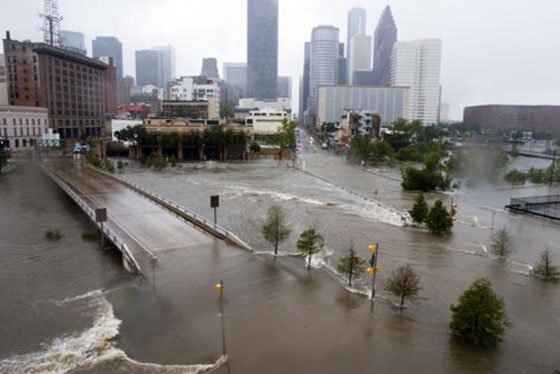 Alt Fed Employee @Alt_FedEmployee
Instead of a wall, billions of dollars could be used for disaster relief, rebuilding, & efforts to reduce climate change#Houston #Harvey

Michael E. Mann
✔@MichaelEMann
What can we say about role of climate change in the unprecedented disaster unfolding w/ #Harvey? I weigh in:https://www.facebook.com/MichaelMannScientist/posts/1515449771844553 … 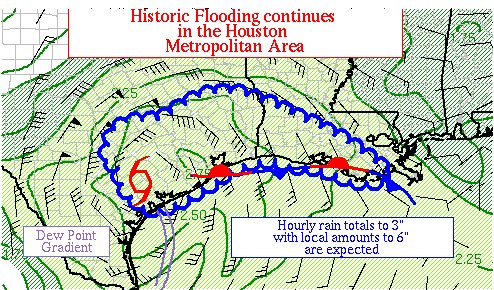 Capital Weather Gang
✔@capitalweather
Weather Service: Disastrous flooding from #Harvey worse than Allison in Houston in half the time. http://wapo.st/2wg8ysn