The whole pack of cards is coming down more quickly than anyone might have imagined.

The NZ govt is suppressing a report that will be based on conservative IPPC reports.
We have (and this is conjecture - I have no direct proof apart a comment by a reliable person) that the Australian govt is trying to bring down Guy McPherson before he tours Australia with a sting involving a young wiman from W. Australia.
We have what is going down in Houston and elsewhere along with rumours that Soros is flicking off US assets.
The United States is more at less at war with itself where you can come under attack for reaching rational conclusions that don't go along with their rosy agenda.
And don't forget about the Arctic!
PS. Apart from neglecting to mention abrupt climate change every word here of James Howard Kunstler rings true.
Factor in what we know about abrupt climate change and things are much worse.

When the Butterfly Flaps Its Wings 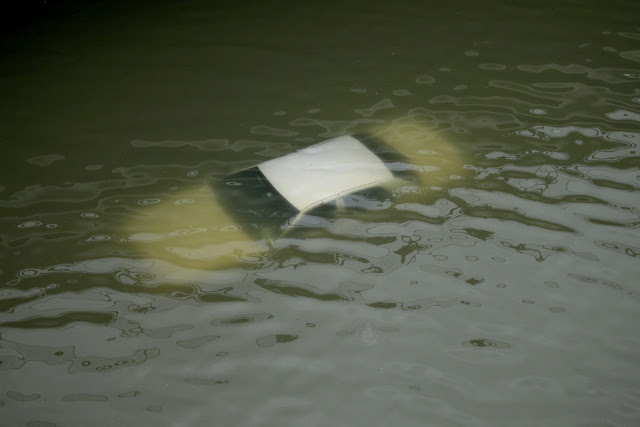 
It remains to be seen what the impact will be from Mother Nature putting the nation’s fourth largest city out-of-business. And for how long? It’s possible that Houston will never entirely recover from Hurricane Harvey. The event may exceed the physical damage that Hurricane Katrina did to New Orleans. It may bankrupt large insurance companies and dramatically raise the risk of doing business anywhere along the Gulf and Atlantic coasts of the USA — or at least erase the perceived guarantee that losses are recoverable. It may even turn out to be the black swan that reveals the hyper-fragility of a US-driven financial system.

Houston also happens to be the center of the US oil industry. Offices can be moved elsewhere, of course, but not so easily the nine major oil refineries that sprawl between Buffalo Bayou over to Beaumont, Port Arthur, and then Lake Charles, Louisiana. Harvey is inching back out to the Gulf where it will inhale more energy over the warm ocean waters and then return inland in the direction of those refineries.

The economic damage could be epic. Much of the supply for the Colonial Pipeline system emanates from the region around Houston, running through Atlanta and clear up to Philadelphia and New York. There could be lines at the gas stations along the eastern seaboard in early September.

The event is converging with the US government running out of money this fall without new authority to borrow more by congress voting to raise the US debt ceiling. Perhaps the emergency of Hurricane Harvey and its costly aftermath will bludgeon congress into quickly raising the debt ceiling. If that doesn’t happen, and the debt ceiling is not raised, the federal government might have to pretend that it can pay for emergency assistance to Texas and Louisiana. That pretense can only go so far before government contractors balk and maybe even walk.

Ordinarily, failure to raise the debt ceiling would lead to a government shut-down, including hurricane recovery operations, unless the president invoked some kind of emergency powers. That would be decisive action, but it could also be the beginning of something that looks like a full-out dictatorship. Powers assumed are often not surrendered when the original emergency is over. And what would the president use for money if a substantial enough number of congresspersons and senators are prompted by their distaste for Mr. Trump to drag out the process of financially re-liquefying the government? (And nevermind even passing a budget.)

Meanwhile, two other major sources of aggravation are waiting off-stage: one is North Korea. Why wouldn’t Kim Jong-un use the opportunity of political disarray in the US to create more headaches for a distracted US government? Never let a crisis go to waste. Another potential irritant is the return of students to American college campuses. Imagine how the campus Antifa forces would react to Mr. Trump assuming emergency powers. It’s easy to foresee an acceleration of violence between the extreme Left and the Extreme right during what is shaping up to look like a major crisis in governing. If the campus Left had any tactical brains, they’d stop marching around in black uniforms and instead organize a mass renunciation of college loan debt.

Behind all this political strife will be wobbling financial markets. The message from the debt ceiling stalemate to the bond market would be that the US can no longer be relied on to pay its debts. Interest rates on US Treasury paper would have to go up as the long-lost concept of risk returned to the bond scene. People and institutions will not be induced to hold bonds unless the yield is recalibrated to the actual risk. Of course, in the mysterious world of bonds (i.e. securitized debt), the price of bonds goes down as interest rates rise. Meaning a lot of current holders of bonds would be hammered if they tried to sell. Rates rising would also spell big trouble for corporations and governments who have to make regular interest payments to bond-holders. A rate rise to as little as 3 percent on US Treasury bonds could spin the country into comprehensive bankruptcy.

How might stock markets and currency markets react to the scenario above? To me it would look like a drop of at least 1000 points on the S & P. The US dollar might actually rise initially as a whole lot of debt is renounced — which makes money actually disappear — but then you have the Federal Reserve waiting on another flank to roll out their own emergency response: Quantitative Easing No. 4, flooding the system with new “money” that has all the appearance and none of the mojo of value, tanking the dollar anew. As a wise correspondent of mine wrote a while back: “financialization is nothing more than money with its value removed.” (Graham Reinders.)

A lot can happen when a faraway butterfly flaps its wings and sets a slight current of air in motion.