The latest from Nature Bats Last

Those who follow Facebook will be aware that there has been another shitstorm with more allegations made against Guy, allegations which I intend to keep there.


In the meantime, Guy has decided to take “time out’ from his busy schedule although he will continue to tour and appear in inteviews/videos until the lights finally go off.

There’s a big difference between mostly dead and all dead. Mostly dead is slightly alive. With all dead, well, with all dead there’s usually only one thing you can do. … Go through his clothes and look for loose change.

~ Miracle Max, played by Billy Crystal in The Princess Bride 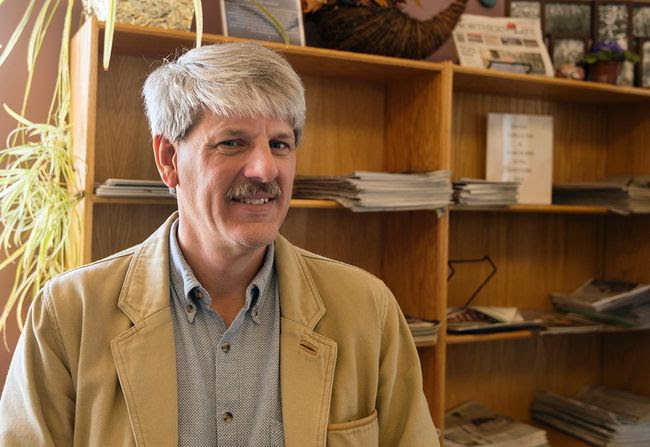 At the very least, I’m mostly done. Inadequate at motivating change in a significant number of people, ten years into writing and speaking about the most important threats humans will ever face, nearly a thousand posts in this space, I am taking a break. About a year after I wrote I would be retreating — a year in which I increased the frequency of posting in this space — I’m making the same promise again.

A strategic retreat is in order. The lethal combination of professional trolls and the Deep State — not that the two are mutually exclusive — has me changing my priorities.

All this assumes industrial civilization holds beyond September, 2017. This seems unlikely, considering an Arctic Ocean free of ice (or nearly so), along with global financial bubbles on the verge of popping, “flash droughts” threatening grain production, global decline of net fossil energy, the ongoing and near-term false-flag-induced military misadventures involving North Korea and other locations around the globe, and a few dozen other threats to this set of living arrangements.

Clarity is needed, obviously. I’m not giving up, whatever that means.
I’ll still tour upon demand, although I’ll no longer pour my own money, and that of my generous partners, into my speaking tours. I’ve no fiat currency left to give. Instead, all tours will be fully funded and organized by the host(s).

The only employee at Crawford’s Attractions has taken a salaried position and is therefore unavailable to continue supporting my work. If you’d like to take her place, please let me know via email: guy.r.mcpherson@gmail.com

Considering my expertise as a speaker and the importance of my message, full funding and organizing for tours seems reasonable. Indeed, most speakers with my expertise and public following charge thousands of dollars for an hour-long presentation on issues far more mundane than how we respond to the discontinued existence of Homo sapiens.

Along with the workshop’s co-creator and -facilitator, I will continue to offer the Only Love Remains workshop. It has proven hugely powerful for the few participants who have taken advantage of the opportunity.

I’ll release video clips now and then, especially during and after speaking tours. This work will continue to rely upon the latest available evidence from reliable sources. If I do not tour, video releases will be brief and infrequent.
I will continue to make myself available for interviews. Results will be posted in this space.

I’ll write rarely, at least compared to my output to date in this space. Writing is difficult. Writing well, and creatively, is mostly impossible. For the majority of writers, the pay is terrible. In my case, there is no pay. Most of my future writing will respond to requests, such as from Weekly Hubris.

Nature Bats Last on the Progressive Radio Network will air live until the 5 September 2017 episode. Video radcasts of the Guy, Fawkes, and Jamen show will air until pre-recorded episodes are exhausted. All subsequent bets are off.

I’ve deleted the Facebook Page associated with Nature Bats Last on the Progressive Radio Network. I will terminate commentary in the Facebook Group associated with the radio show shortly after the final show broadcasts live. I’ll stop or greatly reduce the time I spend online, especially on social media. I’m tired of holding the hands of people who are not willing to return the love.

Looking back, I’m stunned I made it this far. The cost: everything except extreme isolation. The reward: a relatively clear conscious. I’m whole. I need nothing more.

Was it worth it? Does it matter?

Call me what you will. I can already hear the cries of “he admits he was wrong,” “he burned out,” and “he was too weak.” Actually, the evidence indicates I’m correct. And I’ve endured libel, slander, and death threats for more than a decade, along with repeated and ongoing attacks on my work and on my character. I’ve endured the loss of enormous privilege, money, and relationships. I was subjected to juvenile name-calling in the New York Times and libeled in the pages of the Washington Post. In other words, I’m plenty strong. I just no longer give a damn about most of the people I’ve never met.

Make no mistake: I love humanity. It’s a majority of the people I can barely tolerate.

I’m not bitter, although this decision is bittersweet and I’m afflicted with large servings of disappointment, disgust, sadness, humor, and various other emotions. Finally, in other words, I’m reasonably enlightened about the human condition.

I’ve finally concluded that nearly all humans within civilization deserve the horrors they willfully bring to others. I’m saddened by the knowledge that innocents and non-human life will suffer as a result. And I’ll not shoulder that heavy burden.

To the extent I am able, I opted out of the monetary system in pursuit of peace long ago. I remain grateful for the generosity of my supporters, which covers most of my modest living expenses, and I understand those who would rather contribute to other causes in the future.

I did what I could, at tremendous personal cost. It wasn’t nearly enough. Please carry on without me, albeit with my moral support.

If you lay with a scorpion, don’t be surprised when it finally stings you
~ DaShanne Stokes
NatureBats Last,
23 August, 2017

As if I didn’t see that one coming. I’ve been uninvited, with prejudice, from the panel on which I was asked to serve at 2017 annual meeting of the American Geological Society. Chalk up another one for Michael Mann and the dominant culture.

I was invited to deliver a presentation at the meeting by the organizers of a panel focused on abrupt climate change. I accepted, I paid to have my presentation considered, I submitted an abstract, and I rearranged my tour schedule accordingly. The abstract I submitted on 30 June 2017 appears below.
The abstract is innocuous. My presentation would have focused tightly on evidence, as would be appropriate for the annual meeting of a scientific society. The responses from one of the two organizers of the session in which I’d be presenting were promising: “We are very excited that Dr. McPherson will be presenting in our session-it will be a highlight of the meeting.” And then, a few days later, on 20 July 2017: “Looks like everything went through for the submission–we look forward to your thought-provoking talk. I do agree that the trend in temperatures and extinctions is alarming (to say the least). I do wonder if the wealthy people/nations will persist. The outlook is grim for poor populations. I also wonder if we can put any numbers on how long this will take.”

Apparently it took a while for the impact of David Wallace-Wells’s 7,300-word essay in New York magazine to be fully realized. Wells’s essay, Professor Michael Mann’s evidence-free responses, and my comments are described here. The following information appeared in my email inbox on 29 July 2017:

I do want to make it clear that the point of this session is to provide insight into how scientists might best engage and understand the policy surrounding climate change.

Dr. McPherson’s recent blog post: https://guymcpherson.com/2017/07/oh-mann/ makes it clear that he is interested in using our session as a platform to debate with Mike Mann. This is clearly outside the scope of this session and would be extremely counterproductive to making progress to move towards climate solutions.


My response, submitted to the session organizers the very same day:

1. David Wallace-Wells wrote his 7,300-word essay. It did not mention my name.

2. Michael Mann launched an unprovoked attack on my character. He resorted to name-calling and he also accused me of making a ludicrous statement I’ve never made.

3. I defended myself via essay. I asked Mann and the Washington Post to make corrections. I’ve heard from neither of them.

4. The grapevine suggests I’ll be uninvited from the panel. Thus this message.

I am NOT interested in a debate with Dr. Mann. I am interested in the science of abrupt climate change, regardless where it leads.

Dr. Mann has purposely misstated facts regarding evidence. I intend to point out the actual evidence underlying abrupt climate change without disparaging Dr. Mann. I doubt he will extend the same courtesy to me, however, based upon his recent writing.

I’d like to believe we can pursue a professional outcome rooted in the facts. What would you like from me to make that happen?


Finally, the entire situation was resolved when I received the following message on 23 August 2017:

Dear Dr. McPherson,
Thank you for your interest in our our session at GSA and for submitting an abstract to our session.

I believe you have been accepted to the general session, but not to our session.

I do want to make it clear that the point of this session is to provide insight into how scientists might best engage and understand the policy surrounding climate change.
In your recent blog post:

These statements make it clear that you are interested in using our session as a platform to debate with Mike Mann. This is clearly outside the scope of this session and would be extremely counterproductive to making progress to move towards climate solutions.

Apparently reading comprehension is poor. How many times must I point out I’m interested in facts, not a debate?

Relevant evidence is hidden from the public every day. Governments and media are particularly complicit. The example articulated here indicates the power of the dominant cultural narrative over scientific bodies as well as the conventional mouthpieces of imperialism. Once upon a time, a very long time ago, this would have surprised me. Fortunately, I’m no longer so naive.

Unfortunately, the cost has been high, and it has included my idealistic faith in humanity.