With up to 42 Inches of Rain Already Dumped on Texas, Harvey’s Track Over Gulf Means 10-21 More to Come

By mid-afternoon Monday, a still very wet Harvey had back-tracked over the Gulf of Mexico.

The storm has now dumped unprecedented, record-setting rains totaling more than 30 inches over a Houston that is being forced to release dam water into already flooded regions in order to prevent over-topping or worse. Meanwhile, nearby Dayton, as of this morning, had received nearly 40 inches since the storm began on Friday. And as of noon, Baytown, TX has seen 41.77 inches over the sixty hour storm period.

Harvey’s circulation is now located along the coast south and west of Galveston and it is edging slowly back over the Gulf of Mexico. The storm is still drawing copious volumes of moisture up from the Gulf. This moisture flood is still fueling a massive shield of rain and thunderstorms stretching over much of Eastern Texas, a good portion of Louisiana and parts of Mississippi. And with its center now moving back over water, this moisture flow and its related thunderstorms are again starting to intensify.

(Harvey’s rains shield reinvigorates as the storm once again crosses into the Gulf. Image source:The National Weather Service.)
Presently, the most intense rains from the system are clustered over Houston (still), adjacent portions of the Texas Coast, and Eastern Louisiana.

As of 4 PM CDT, Harvey had re-intensified somewhat to 997 mb with maximum sustained winds near 45 miles per hour. Over the next 24 hours, Harvey is expected to back slowly southward over the Gulf of Mexico, then turn back northward. By late Tuesday, the tropical storm is again expected to be closing in on the Texas Coast for a likely second landfall late Tuesday or early Wednesday.

Present satellite imagery shows Harvey reintensifying somewhat in the infrared — with stronger storms firing near Harvey’s Center and just to the north in the Houston region. A dry slot of air in the storm, however, is likely to limit re-strengthening as the storm passes over water during the next 12-24 hours.

(Harvey appears to restrengthen somewhat in the infrared satellite as it taps Gulf heat and moisture. Image source: The National Hurricane Center.)
As such, Harvey at present is still a rather dangerous rain event. An event that is now re-gathering some of its strength and intensity as it digs more deeply into Gulf moisture.

Earlier today, meteorologists noted an optimistic wedge of dry air moving into the system from Central Texas. Such a wedge would tend to tamp down rainfall rates over Houston and East Texas. And the region did get a bit of a respite from heavy rains earlier in the day. However, with the moisture tap to that abnormally warm Gulf now re-established, heavier rains are again filling in near the storm center and just to the north.

(NOAA is still showing a potential for in excess of 20 inches of rain in the Houston region even following the massive, historic deluge that has already been unleashed by a hurricane fueled by a record warm world. Image source: NOAA.)
As a result, Houston is likely to get socked with a third bout of very heavy rain tonight through tomorrow with a fourth bout likely on tap for late Tuesday night. And, presently, NOAA now predicts that up to another 21 inches of rain is on the way for the Houston region on top of the already historic totals of 20-40 inches that have inundated the city.
(UPDATED 7)

The latest advisory from the National Hurricane Center notes that:

Harvey is expected to produce additional rainfall accumulations of 10 to 20 inches through Thursday over parts of the upper Texas coast into southwestern Louisiana. Isolated storm totals may reach 50 inches over the upper Texas coast, including the Houston/Galveston metropolitan area. These rains are currently producing catastrophic and life-threatening flooding over large portions of southeastern Texas. DO NOT ATTEMPT TO TRAVEL IN THE AFFECTED AREA IF YOU ARE IN A SAFE PLACE. DO NOT DRIVE INTO FLOODED ROADWAYS. Please see warnings and products issued by your local National Weather Service office for additional information on this life-threatening situation.

This storm isn’t over folks. Not by a long shot.
RELATED INFORMATION AND STATEMENTS: 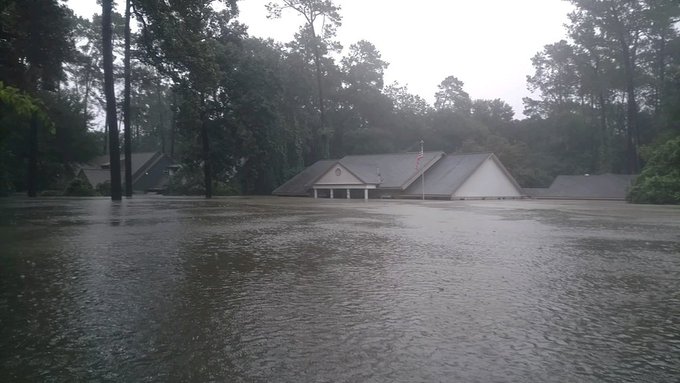 ClimateChaos @ClimateChaosBot
Some homes are almost completely submerged in water around Houston due to flooding from #Harvey.… …https://www.reddit.com/r/ClimateChaos/comments/6wmiah/some_homes_are_almost_completely_submerged_in/?utm_source=ifttt …

Reservoirs swollen by rain from Hurricane Harvey were opened early Monday, a move that was expected to flood more homes — but one the Army Corps of Engineers says is needed to limit the disaster.
npr.org 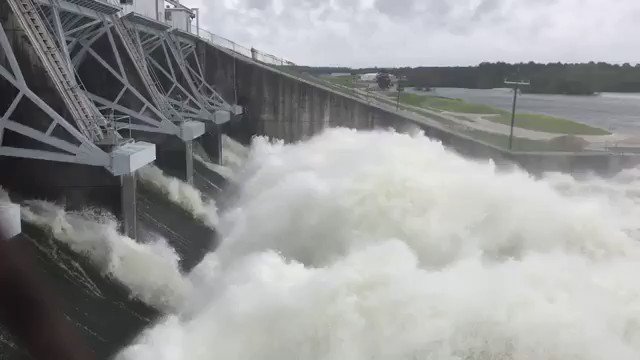 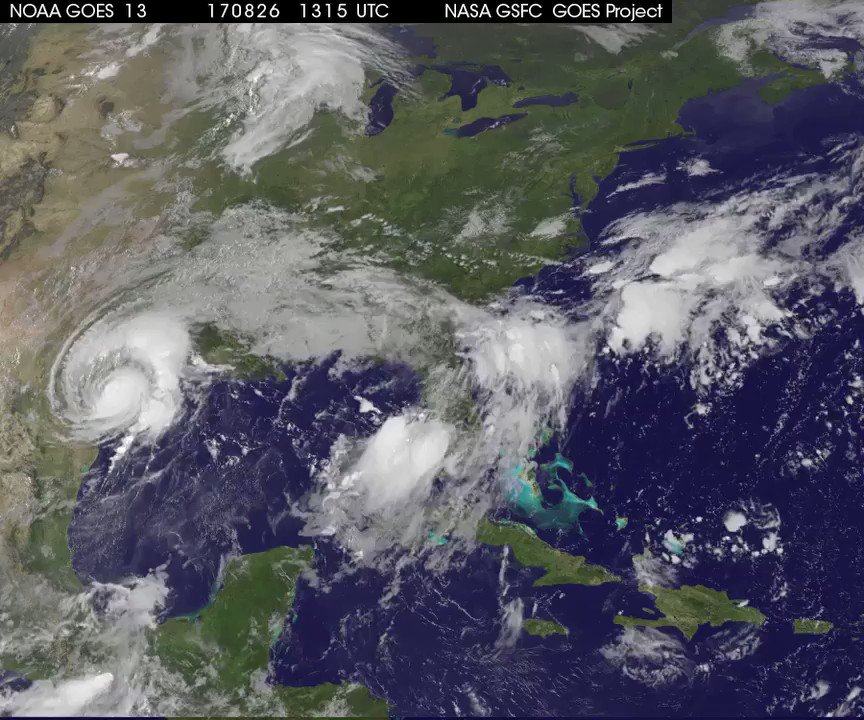 NASA Goddard
✔@NASAGoddard
It looks like the storm #Harvey is moving back into the Gulf:http://go.nasa.gov/2gk0KC3  #harveyflood


Hat tip to eleggua
Posted by seemorerocks at 14:13