Is it really such a mystery? Antarctic ice melted to unprecedented extent during the summer and has now returned to previous highs.

That seems to indicate that the ice must be thin (it acts in quite different from Arctic ice).

We also know it is melting from below

Antarctic sea ice has grown to a record large extent for a second straight year, baffling scientists seeking to understand why this ice is expanding rather than shrinking in a warming world. 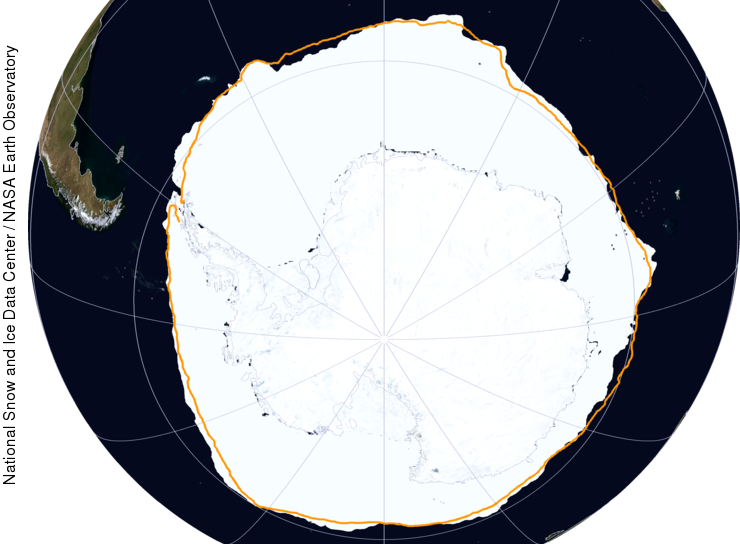 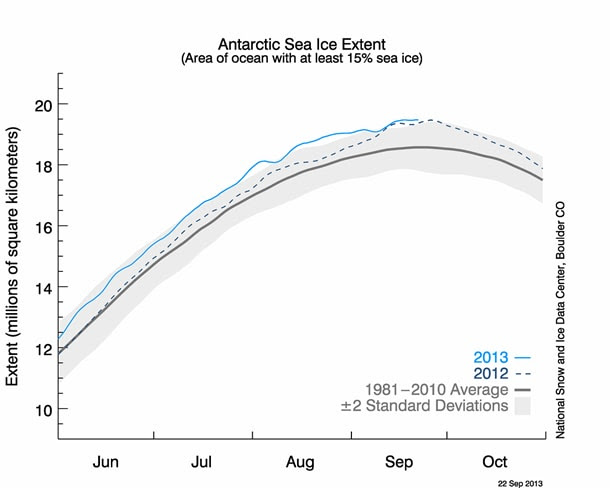 (NSIDC)
The increasing ice is especially perplexing since the water beneath the ice has warmed, not cooled.
“The overwhelming evidence is that the Southern Ocean is warming,” said Jinlun Zhang, a University of Washington scientist, studying Antarctic ice. “Why would sea ice be increasing? Although the rate of increase is small, it is a puzzle to scientists.”

In a new study in the Journal of Climate, Zhang finds both strengthening and converging winds around the South Pole can explain 80 percent of the increase in ice volume which has been observed.

“The polar vortex that swirls around the South Pole is not just stronger than it was when satellite records began in the 1970s, it has more convergence, meaning it shoves the sea ice together to cause ridging,” the study’s press release explains. “Stronger winds also drive ice faster, which leads to still more deformation and ridging. This creates thicker, longer-lasting ice, while exposing surrounding water and thin ice to the blistering cold winds that cause more ice growth.”

But no one seems to have a conclusive answer as to why winds are behaving this way.
“I haven’t seen a clear explanation yet of why the winds have gotten stronger,” Zhang told Michael Lemonick of Climate Central.

Some point to stratospheric ozone depletion, but a new study published in the Journal of Climate notes that computer models simulate declining – not increasing – Antarctic sea ice in recent decades due to this phenomenon (aka the ozone “hole”).

“This modeled Antarctic sea ice decrease in the last three decades is at odds with observations, which show a small yet statistically significant increase in sea ice extent,”says the study, led by Colorado State University atmospheric scientist Elizabeth Barnes.