To acknowledge Veterans Today they have always said that Trump was dangerous. It appears they might have been correct.

Trump team is a major national security risk to the US 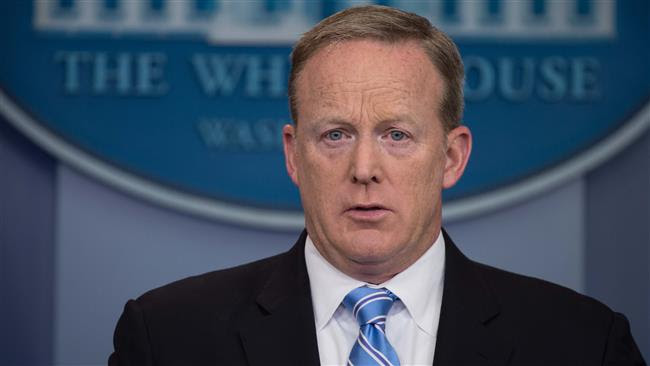 [ Editor’s Note: Just when I think the US could not sink any lower in its geopolitical demagoguery, I get blindside by this incredible White House statement about the Assad government preparing a new chemical attack.
It appears that one really can just make this stuff up. Of course, no specifics were mentioned; and left out, as always, was any explanation as to WHY Assad would do something so stupid.
He would be throwing away the hard-fought gains of his people against ISIS and the US coalition, with its own terrorist army operating in Syria. When we have a clear and unrepentant record of the US, Israel and the Gulf State terror hoodlums having mass-murdered Syrians and destroyed so much of Syria, why would Assad do such a stupid thing at this critical point?
The only feasible explanation is that segments of our own government have become a major national security risk to the rest of us.
This is evidenced by the never-ending tragicomedy of claiming that a Russia on the other side of the world, with less than 10% of NATO’s military budget and no massive forward military basing infrastructure like we have, is a major threat to the American people.
The Repub-la-thugs, who never would have brokered the Iran nuclear deal, which was hailed by virtually all of the world as a huge step toward avoiding a disastrous confrontation in the Mideast, now want to undo all that with their new Iran and Russia boogeyman medicine show.
Have they forgotten that their long-claimed Iranian secret nuclear weapons program was exposed as a total hoax, when not even Israel put one shred of evidence on the table of its existence? Our “free press” disgraced itself by totally ignoring that crucial part of the P5+1 agreement, as the press was fully on board the scam, when even VT, with its limited financial resources, had debunked it for years via our own key sources, and we were never challenged by anyone of standing.
The American people are in a very dangerous situation when such unbelievable statements like this can come out of the White House. What will the American people do about it? I am afraid the answer to that will be nothing… Jim W. Dean ]
Jim’s Editor’s Notes are solely crowdfunded via PayPal – JimWDean@aol.com
This includes research, needed field trips, Heritage TV Legacy archiving, and more – Thanks for helping out
* 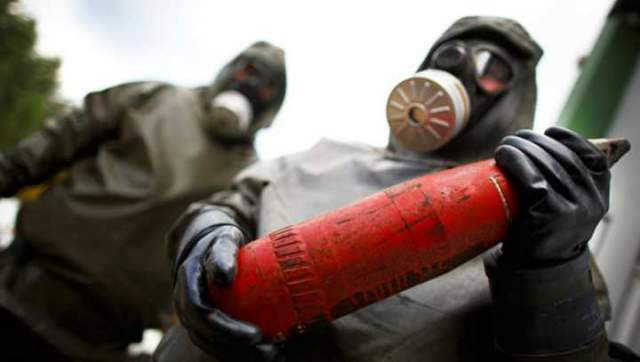 More fake news from the White House, this one on steroids
– First published  …  June 27,  2917 –
The White House has accused Syria of preparing to stage a chemical attack in the Arab country, threatening that the US would make Damascus pay “a heavy price.”
Press Secretary Sean Spicer claimed in a Monday statement that the US had “identified potential preparations” for an attack “that would likely result in the mass murder of civilians, including innocent children.”
Spicer said Syrian President Bashar al-Assad and the Syrian military would “pay a heavy price” if they went ahead with the alleged plan.
A familiar manner of ratcheting up tensions
The Associated Press, meanwhile, cited anonymous US State Department officials who would “typically” be consulted before such statements are made as saying that they had been caught “completely off guard” by Spicer’s statement and that they had come to know about it only after it was released.
The AP report also said that the content of Spicer’s statement “didn’t appear to be discussed in advance with other national security agencies.”
On April 4, over 80 people died in an incident involving chemicals in the town of Khan Shaykhun in the western Idlib Province of Syria. Western countries blamed the Syrian government for what they said was a chemical attack, and days later, the US used it as a pretext to fire 59 Tomahawk cruise missiles at a Syrian airfield in the central province of Homs. US officials claimed that the alleged Khan Shaykhun gas attack had been launched from that airfield.
This is while Syria and its ally Russia said the Syrian government had conducted a conventional airstrike on militant positions in Khan Shaykhun, which also targeted a chemical arms depot held and run by anti-Damascus militants, causing a leakage of the toxic substance and the deaths.
Veteran American investigative journalist Seymour M. Hersh recently confirmed the Syrian narrative. He said that US President Donald Trump had ignored important intelligence reports before issuing the order for the missile attack against the Syrian airfield in reaction to the Khan Shaykhun incident.
According to Hersh, Trump turned a blind eye to reports by the US intelligence community which warned that there was no evidence suggesting the Syrians had used a chemical weapon. The US intelligence had found that the Syrians had on April 4 targeted a meeting site of militants, using a Russian-supplied guided bomb equipped with conventional explosives.
Following the US missile strike, Russia said the US could have prompted an all-out war as the projectiles could have hit Russian forces in the Arab country.

Another US official threatens Iran, Russia, too
Also on Monday, US Ambassador to the United Nations Nikki Haley issued similar remarks on Twitter, saying, “Any further attacks done to the people of Syria will be blamed on Assad, but also on Russia & Iran.”
Russia has been lending its airpower to Syria’s counterterrorism operations since September 2015. Iran has also been providing the Syrian military with advisory military support. The collective support has helped Syria rid considerable territory of Takfiri presence and helped establish an all-out ceasefire in the Arab country in late 2016.
Russia has already suspended a military hotline with the US over another provocative incident that saw US forces shoot down a Syrian fighter jet.
The ratcheting up of tensions by the US, including with the latest statement, now risks sparking a major confrontation between parties to the Syrian conflict and complicating efforts aimed at resolving it.
The US has unsanctioned presence in Syria. Just hours earlier on Monday, Russian Foreign Minister Sergei Lavrov had called on the US to prevent “provocations” against Syrian government forces.
In a phone call initiated by US Secretary of State Rex Tillerson, Lavrov “called on Washington to take steps to prevent provocations against Syrian government forces carrying out operations against terrorists,” the Russian Foreign Ministry said.
VT Had it First: Trump ignored intel, launched Tomahawks in Syria based on media – Pulitzer winner Seymour Hersh