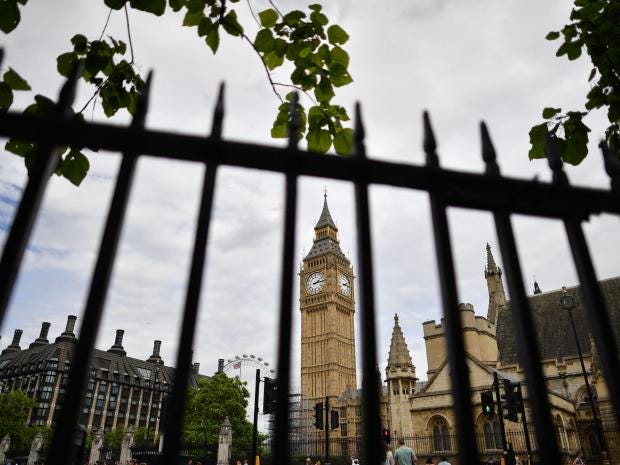 MPs could have their summer holiday extended to three months under reported Conservative plans to stifle rebellion against Theresa May.

Parliament would rise sooner than the planned date of 20 July, while the September sitting would be scrapped, resulting in a summer break of as long as 12 weeks, according to the proposals.

The longer holiday was designed to reduce opportunities for disgruntled Tories to plot to oust their leader, The Sunday Times reported.

September sitting was introduced as a permanent feature in the Parliamentary calendar after complaints MPs spent too much time away.

But now the measure could be axed, risking a public backlash.

The longer holiday would ease protests from Conservative MPs, who had been told to spend more time in Westminster after the party lost its majority in the House of Commons.

Parliamentary arithmetic means the Tories are expected to rely on the 10 Democratic Unionist Party (DUP) MPs to vote legislation through.

DUP leader Arlene Foster told The Belfast Telegraph on Monday her party was close to striking a historic "confidence and supply" deal with the Conservatives.

The Tories are seeking to finalise the agreement ahead of a crucial vote on the Queen's Speech on Wednesday. 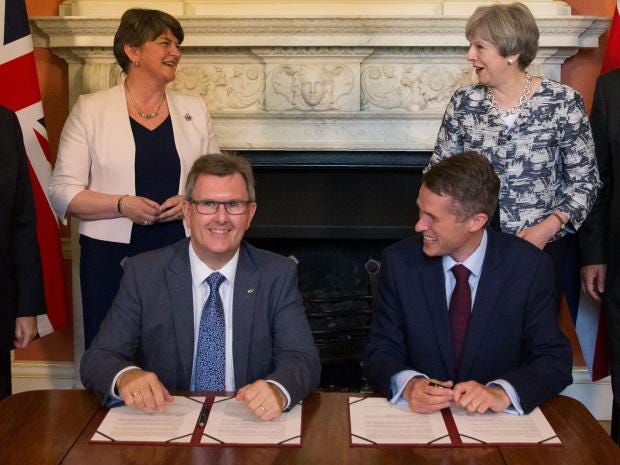 A deal with DUP: £1Billion

The DUP are officially helping to prop up Theresa May in exchange for over a billion Pounds.

Many have criticised the deal including the Irish government. Many in Britain and Ireland believe the deal violates the Good Friday Agreement for peace in the troubled province of Northern Ireland which stipulates that the British government must remain neutral in its relationship with Northern Irish factions.

Galloway described the sectarian DUP as a “milder version of the Ku Klux Klan”, the notorious racist organisation from the United States that came to prominence after the American Civil War.

Now watch George Galloway tear the DUP apart on RT America’s exclusive report on the crisis in the UK.


'Sinn Fein will resolutely oppose any attempt to give preferential treatment to British forces'
Posted by seemorerocks at 14:24