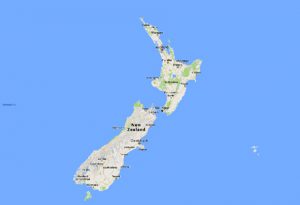 New Zealanders’ weekend has got off to a rocky start, as Civil Defence has now ordered the evacuation of “the entire North, South, Stewart and Chatham islands,” following inspections by engineers and geologists who discovered “significant structural issues” with the country as a whole.

“To be very clear, we are calling for the immediate evacuation of areas in this zone,” said Civil Defence director Sarah Stuart-Black, pointing to a map of the zone, which encompassed the whole country. “If you are in this zone, we ask you to leave as soon as possible, and remain out of this area until further inspections can take place.”

Airports are currently overflowing with residents of the affected area, who are attempting to fly overseas, but are being met with fully booked flights.

“I really don’t know what the fuck is going on,” said Air New Zealand check-in operator Janice Gray. “We can’t put all these people on planes.”

Asked if she could just kind of stack them, Gray replied “No.”

Asked why we would think they could, we replied “I don’t know, it seems possible.”

Engineers inspecting the country say both North and South islands have become “highly unstable” and are at imminent risk of collapse.

They had “no choice” but to evacuate everyone, if only as a precaution.

Civil Defence has not given a timeframe for people to be able to re-occupy the country but it is expected to be sometime in the future.