Due to wildfires, CO₂ (carbon dioxide) levels were as high as 561 ppm near Lake Baikal on June 24, 2017 (green circle, bottom center of image).

This is from 2016. Nothing yet of this season's fires 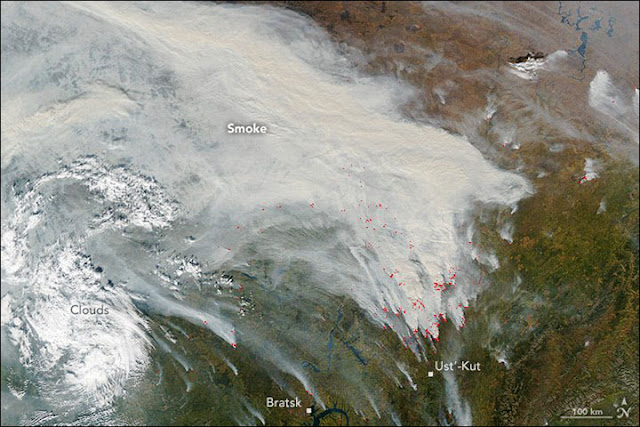 Oilmen forced to stop work after being trapped in 'horseshoe' of burning taiga, as pall of smoke smothers Irkutsk region where state of emergency imposed.
Posted by seemorerocks at 10:39