On Monday, the Israeli Air Force once again carried out airstrikes on Syrian Army positions near in the province of Quneitra, according to the Israeli media.
The airstrikes were allegedy conducted in response to serveral projectiles landed the Israeli-occupied part of the Golan Heights.
This was the third time in a row when the Israeli Air Force delivered airstrikes against Syrian government forces in the area. The Israeli military attacked Syrian Army positions on Saturday and on Sunday under the same pretext.
According to Syrian sources, Israel has been conducting airstrikes in the area in order to support Hayat Tahrir al-Sham (formerly Jabhat al-Nusra, the Syrian branch of al-Qaeda) and its allies in the ongoing battle against the Syrian army in the province of Quneitra. 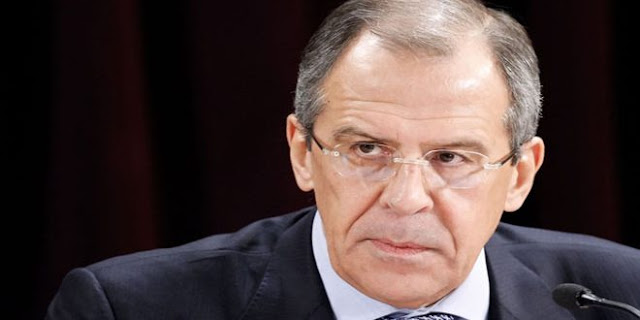 Russ Fort,
26 Junre, 2017
Russian Foreign Minister Sergey Lavrov expressed hope that the next round of Astana talks on settlement of the Syrian crisis will succeed in clarifying the joint vision as regards de-escalation zones, while also noting that some of the players on the Syrian geostrategic chessboard are playing a dishonest and dangerous type of game.
“A significant decline in military activities and terrorist violence has been recorded in particular areas of Syria, thanks to our new memorandum on establishing de-escalation zones within Syrian territory. I hope that the next round of the Astana talks will positively affect our common efforts, aimed at resolving the Syrian crisis and initiating the UN-sponsored talks that are planned to be held in Geneva, following the Astana meeting, in the first half of July,” Lavrov was heard saying during a joint press conference with his Ethiopian counterpart Workneh Gebeyehu in Moscow, on Monday.
He noted the efforts are currently being made which would allow the memorandum on de-escalation zones to be fully implemented, a thing that would also significantly help to improve the humanitarian situation in these areas.
“The impression, based on the experience of fighting terrorism in Syria so far, is that the US-led “anti-ISIS” coalition and its allies are secretly providing cover the Al Nusra Front/Tahrir Al Sham terrorists, or whatever they are called now. We have evidence they are being shielded during our strikes”, Lavrov said.
“We consider this a very dangerous kind of game that has to be stopped immediately, no matter the interests in the background. We are dealing with a serious threat here”, he further added

ISIS Terrorists Retreat under the Pressure of the Syrian Army


In any case, Russia confidently continues to crack down on terrorists. Sometimes it’s safer and more convenient to operate from the sea.

The Mediterranean sea. Thus, on Friday, our frigates Admiral Essen and Admiral Grigorovich, with the participation of the Krasnodar submarine, which was under the water, launched six cruise missiles Kalibr. [video by the Russian Ministry of Defense]

The target was in the Hama Governorate, where, as a result, large weapons warehouses and control posts of the fanatics from the pseudo-caliphate were destroyed.

An interesting detail. Turkey and Israel were warned about the launches in time. Chances are that the United States learned about the upcoming attack from them.

Our military correspondent Yevgeny Poddubny tells about the power landscape from the central regions of Syria.

With the warring parties sharing a frontline of some 500 kilometers across the aforementioned provinces, the FSA’s Osoud Al-Sharqiya, Ahmad Al-Abdo Martyrs Brigade and Maghawir al-Thawara continue to raid SAA checkpoints and gun emplacements across the vast Syrian Desert on a daily basis.

Even today, skirmishes erupted between Osoud Al-Sharqiya and the SAA at multiple points. The footage below shows FSA fighters yelling Islamist slogans and stomping on the Syrian flag after overwhelming an undisclosed SAA-held position. Towards the end of the video, government airstrikes are also clearly visible:

Although the SAA cut off the frontline between the FSA and ISIS a couple weeks ago, Syrian rebels still hold high ambitions in the region due to the unwavering support of a US military garrison and American airstrikes.

Meanwhile, the SAA struck deep into the Islamic State’s interior mainland on Monday which in turn saw government troops reach the provincial border with Deir Ezzor and come within 95 kilometers of besieged airbase.

On the other hand, the FSA released a infographic detailing casualties imposed on the SAA due to operations in the Syrian Desert:

According to a military source close to Al-Masdar News, the SAA vastly outnumbers the FSA as barely 1,000 militants are enrolled in the latter’s ranks. Furthermore, the FSA lacks armored vehicles that are needed for a general offensive.

Click here for a fully updated battle map of Syria.

This report is from 2 weeks ago 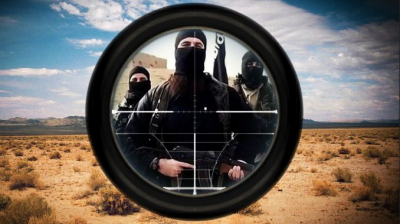 America created and supports ISIS, al-Qaeda and other well-known terrorist groups – using their fighters to advance its imperium.

In December 1991, the Commonwealth of Independent States (CIS) was formed, Russia its leading member, along with eight other nations and two associate ones – all former Soviet republics.
According to CIS Anti-Terrorist Center (ATC) head General Andrey Novikov, ISIS is shifting its main focus from Syria and Iraq to Central Asia, including Afghanistan, saying:

The terrorist group “exports a new model of extremist and terrorist activity from (Syria and Iraq) battle zones to the Central Asian states.”

Earlier ISIS announced the creation of a new “province” centered in Afghanistan, including territories of other Central Asian states.
According to Novikov,

“(a)nalysis of military clashes (in Afghanistan shows local) militants adopting not only the strategy, but also tactical military concepts” used by ISIS.

Its fighters are trying to seize areas, intending expansion to surrounding territories.

They “set a goal of expanding (their) influence in the northern regions of Afghanistan and gaining access to the border regions of the Central Asian states as well as to the Chinese Xinjiang Uyghur Autonomous Region,” Novikov explained.

They’re battling Taliban fighters in some areas for control, an apparent diabolical US plot to create greater conflict and turmoil in Central Asia than already, ISIS terrorists used as imperial foot soldiers.
According to Novikov, over 7,000 CIS citizens are wanted for terrorist-related activities, more than 2,000 now fighting as mercenaries.
Afghanistan is America’s longest war in modern times (1979-), a forever war supported by neocons infesting Washington.
It’s unrelated to 9/11, a phony pretext used to wage endless wars of aggression against multiple countries.
Trump escalated what his predecessors began, his pledged noninterventionism while campaigning renounced.
ISIS and other terrorist groups are instruments used by Washington to advance its imperium, raping and destroying one nation after another – all sovereign independent countries targeted for regime change, notably Russia and China.
Moscow is focused on preventing ISIS and other terrorist groups from invading its territory, a key reason why it intervened in Syria at Assad’s request – committed to defeating the scourge there rather than face it domestically.
Its growing Central Asian infestation puts its fighters dangerously close to its borders – a likely US plot to destabilize and create turmoil in Russia.
America’s rage for unchallenged global dominance risks unthinkable war between the world’s leading nuclear powers, threatening humanity’s survival.
Trump proved he’s as ruthless and reckless as his predecessors. His deep swamp infested with neocons, generals, and monied interests threatens life on planet earth.
VISIT MY NEW WEB SITE: stephenlendman.org (Home – Stephen Lendman). Contact atlendmanstephen@sbcglobal.net.

My newest book as editor and contributor is titled “Flashpoint in Ukraine: How the US Drive for Hegemony Risks WW III.”