This is one of those days when I cannot keep up with the headlines. At least one branch of the US government is determined to wage war agaisnt Syria and break it up.

From the Voice of Empire.

US warns Syria over 'potential' plan for chemical attack 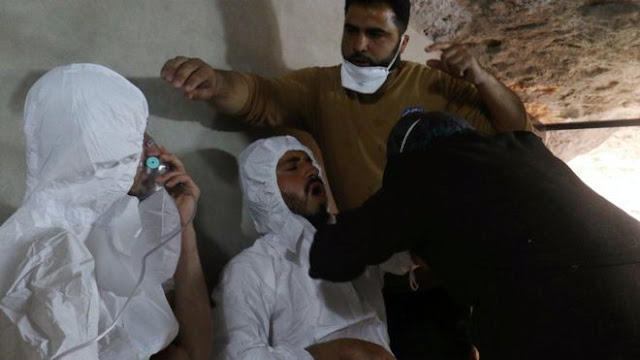 The US says it has identified "potential preparations" for another chemical attack in Syria, and issued a stark warning to the Syrian government.

The White House said the activities were similar to those made before a suspected chemical attack in April.

Dozens died in that attack and prompted President Donald Trump to order a strike against a Syrian air base.

The US statement warned President Bashar al-Assad of "a heavy price" if another strike occurred.

It said "another chemical weapons attack by the Assad regime" was likely to result "in the mass murder of civilians".

The statement added: "As we have previously stated, the United States is in Syria to eliminate the Islamic State of Iraq and Syria. If, however, Mr Assad conducts another mass murder attack using chemical weapons, he and his military will pay a heavy price."

Why is there a war in Syria?

President Assad has denied his forces were behind the suspected nerve gas attack in the rebel-held north-western town of Khan Sheikhoun in April.
Dozens of civilians, including many children, died.

In response, US Navy ships in the Mediterranean fired 59 Tomahawk cruise missiles at Shayrat airfield, in western Homs province, which it said was used to store chemical weapons.

The US launched a cruise missile attack against a Syrian air base in April
The latest development comes amid increasing tension in the region between the US and President Assad's ally, Russia.

The Kremlin recently warned the US-led coalition that it would view its aircraft as targets after the US shot down a Syrian military plane.

Militant Islamist groups including so-called Islamic State (IS) have used the conflict to seize swathes of and.

Warplanes from a US-led coalition are supporting an alliance of Arab and Kurdish militias as they carry out an assault on the group's stronghold of Raqqa.

And from Arab media

BREAKING: US military threatens to bomb the Syrian Army again

DAMASCUS, SYRIA (6:50 A.M.) – Not long ago, the US military issued a brief statement in which it threatened to bomb the Syrian Arab Army (SAA) again if it were to carry out a chemical attack. Remarkably, the US declined to specify where such an attack might happen or was being prepared. Full statement on the matter:

With tensions on the rise between Washington and Damascus, the US ambassador to the United Nations Nikki Haley said: “Any further attacks done to the people of Syria will be blamed on Assad, but also on Russia and Iran who support him killing his own people.”
It is not yet known if the statement represents a false flag pretext to attack the SAA or whether US intelligence agencies have information backing up an alleged chemical attack in the making.
On April 4, Donald Trump ordered the infamous strike on the Shayrat airfield in Syria in reaction to what Washington said was a poison gas attack by the Syrian government that killed at least 70 people in rebel-held territory. Syria denied it carried out the attack.
Earlier this month, the SAA cut off a US garrison in southern Syria from its frontline with ISIS, thereby rendering American presence in the border region obsolete in terms of defeating the Islamic State.
Now read this from the National Interest


It's Time to Break Up Syria 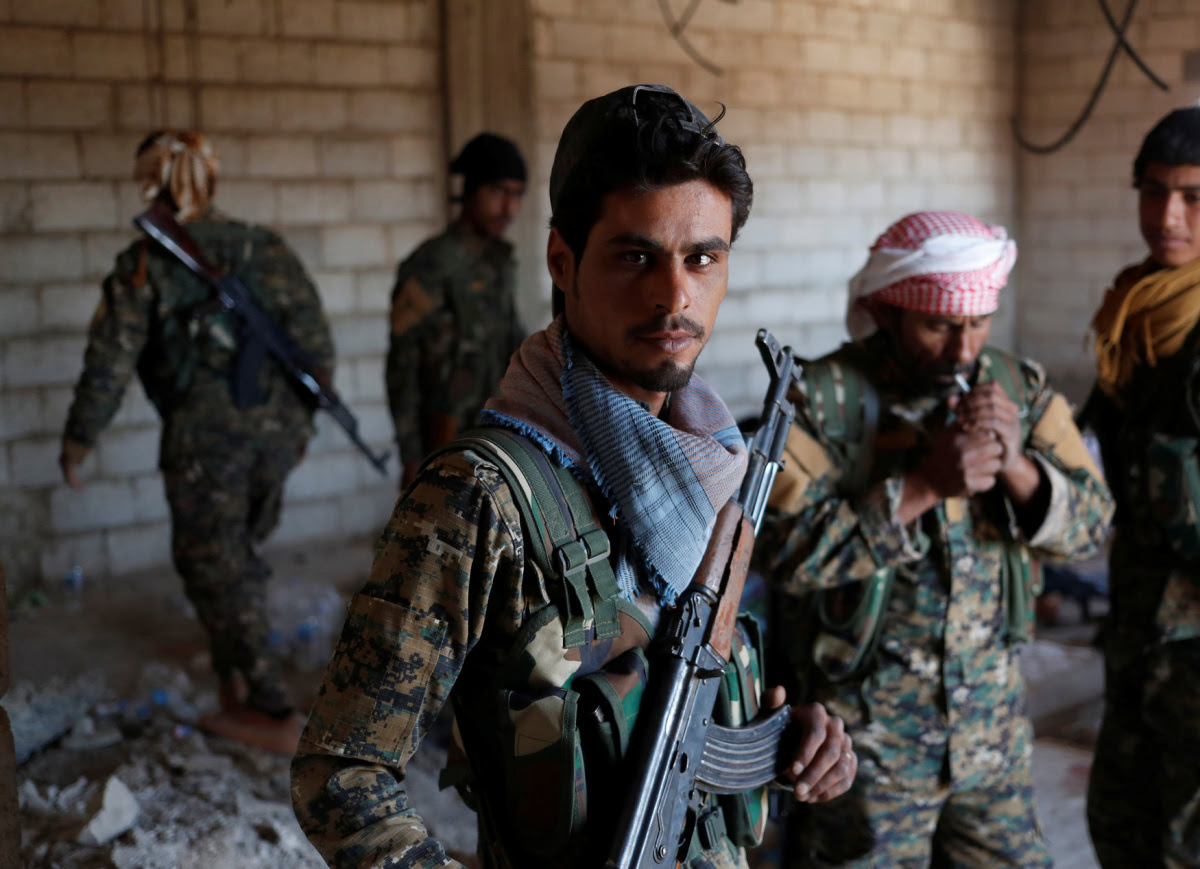 Some believe that the destruction of ISIS is the only thing standing between peace and eternal crisis. It isn’t.


This comes a day after this article from Sy Hersh

President Donald Trump ignored important intelligence reports when he decided to attack Syria after he saw pictures of dying children. Seymour M. Hersh investigated the case of the alleged Sarin gas attack
Posted by seemorerocks at 17:06