Turkish President Recypt Erdogan has ordered the borders of Turkey be OPENED to allow a human tsunami of four million Syrian Refugees to storm into Europe.

In response, Greece and Bulgaria are deploying tens of thousands of military troops to their respective Borders with orders to SEAL those borders; NO ONE IN!

In addition, Greece has deployed fifty (50) of its warships to islands off its coast, to protect its maritime jurisdiction from Turkish incursions.

This is now setting-up a humanitarian disaster of historic proportions. The refugees began streaming out of Turkey late last night, and are now being forced away by Greek and Bulgarian troops.

Meanwhile, Europe is in the early stages of a large outbreak of deadly Coronavirus, as that sickness spreads worldwide from China. If the refugees from Turkey are infected, the disease will run rampant among them, and thus hundreds-of-thousands of them eill grow ill on the trek toward Europe. Once they get to the Greek and Bulgarian borders, they will be halted. How many will simply drop dead from being trapped, with no food, no water, no shelter and no medical care.

This action by Turkey's President Recpyt Erdogan, appears to some people, to be an intentional crime against humanity.

On Refugees While Covid-19

As coronavirus ravages Iran and threatens to spread through the broader Middle East, potentially hitting refugee and war-torn populations hardest, it appears Erdogan is now making good on prior threats to "open the gates" of a flood of refugees on Europe. On Friday top Turkish officials were quoted as saying Turkey has no choice but to "loosen" its stance on the some 3.4 million refugees it is hosting.

This was the immediate, and perhaps predictable reaction, to Thursday's dramatic escalation involving the deaths of some 33 Turkish soldiers in Idlib via airstrike, in the single deadliest day for Turkey in Syria throughout the entirety of the war. Widespread early reports said it was a Russian strike, but in a sign that Ankara doesn't want to confront the more formidable Russian Air Force, it has blamed Syrian forces.

Turkey has announced it has opened its until now sealed border with Idlib for at least 72 hours, and will allow unhindered passage of refugees to Europe 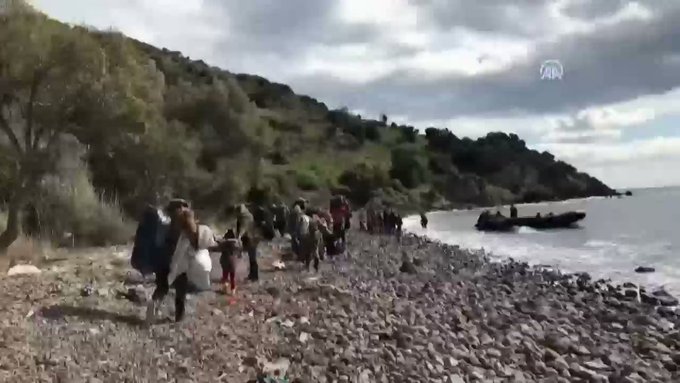 So it begins, as Middle East Eye reports:

The decision came after a security meeting chaired by Turkish President Recep Tayyip Erdogan in Ankara late on Thursday after 33 Turkish soldiers were killed in Syria's Idlib province.

A senior Turkish official said on Thursday that Syrian refugees headed towards Europe would not be stopped either on land or by sea.

The European Union is downplaying the fact that crowds of Syrian refugees have already been seen en route to Greece via land borders as well as the Aegean Sea.
Buses in Istanbul were filmed providing transport to refugees and migrants to the Bulgarian and Greek border

Refugees gathered in Fatih, Istanbul, today after 5 buses brought by Turkey already left toward the Greek/Bulgarian border. Syrians know they are being used, but they don't care. They want to live without fear. 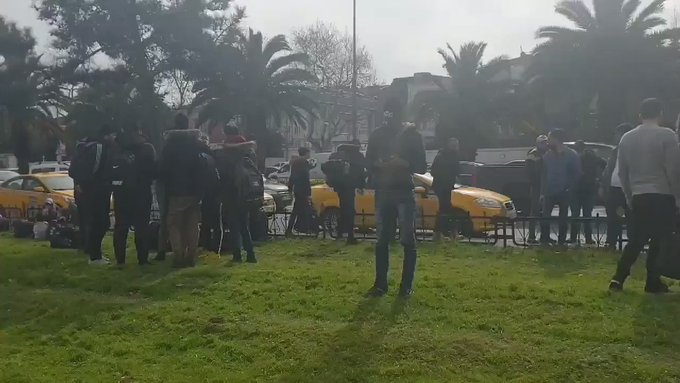 An EU spokesman was quoted in Reuters as downplaying the potential "flood" from Turkey coming: "I would like to stress that there was no official announcement from the Turkish side about any changes in their asylum seeker, refugee or migrant policy," the spokesman for the EU's executive said.

"So from our point of view the EU-Turkey statement ... still stands and we expect Turkey to uphold its commitments."

But the reality on the ground may quickly prove these words moot:

Al Jazeera's John Psaropoulos, reporting from Athens, said the situation was "a European nightmare" as "the floodgates [are] being opened".

As European officials mull whether this is but more of Erdogan's threats or perhaps an early "taste" of what's to come, or whether the flood has begun, Greece and Bulgaria have begun taking action, bolstering patrols along border areas with Turkey.

Replying to @jenanmoussa
7/ If you are a refugee in Turkey, this is what you are watching the whole day on TV.

Live coverage with a clear message: borders are open to go to Europe. @akhbar 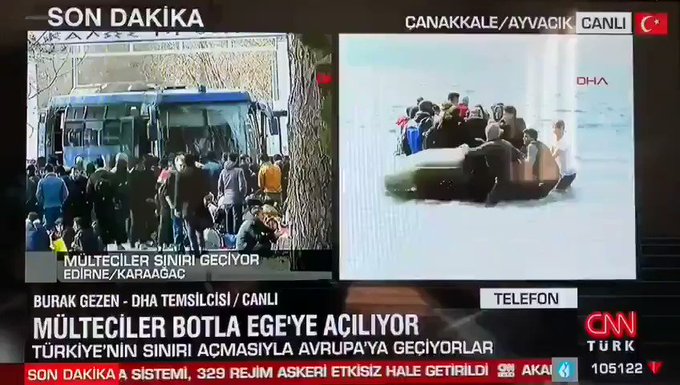 "Hundreds of Syrian refugees in Turkey have begun preparing to travel towards the country’s borders with Greece and Bulgaria after Ankara’s sudden decision to no longer impede their passage to Europe," The Guardian  reports early Friday.

Greece appears to be responding by completely shutting any Turkish border access point to any and all traffic. 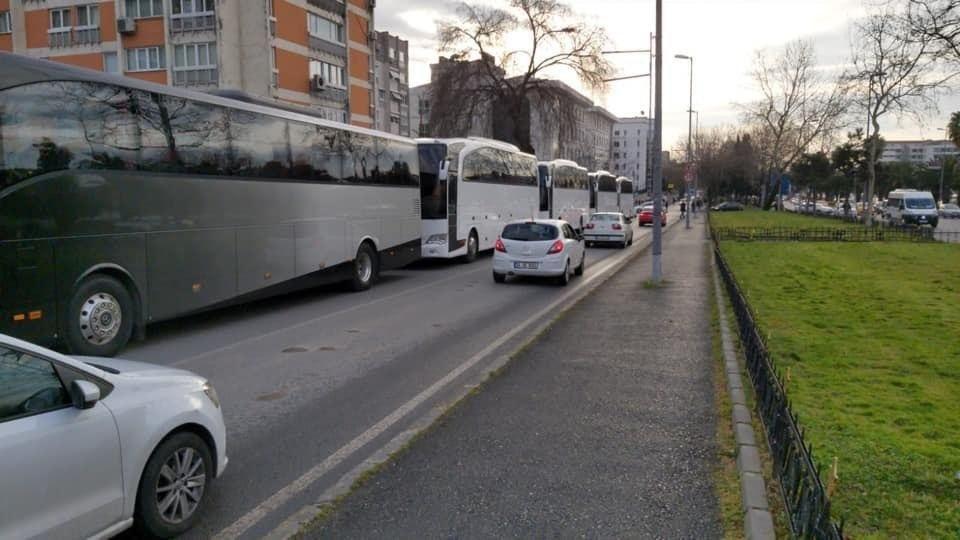 And further, according to The Guardian: "Turkish news agency Demirören showed footage of what it said was 300 people, including women and children, walking on highways and through forested land in north-west Turkey towards the EU border early on Friday.

Syrians, Iranians, Iraqis, Pakistanis and Moroccans were among those in the group, it said."

The WHO is especially concerned of an outbreak among refugee populations in war-torn regions of Iraq and Syria.

"Refugees and internally displaced populations across Iraq and Syria have been identified as the most vulnerable groups in the region, should the spread of the virus become a pandemic," The Guardian reports of recent statements.

"Health officials in both countries remain under-equipped to deal with such a a reality that seems more possible with each passing day," the report added.

Sprawling and densely packed "tent cities" of refugees along the border areas of Syria remain the most vulnerable.

Needless to say, we now have a dual crisis unfolding that's indeed even more of a "nightmare" for Europe and the world than many could have predicted: a refugee flood, borders being opened, and the global threat of Covid-19. 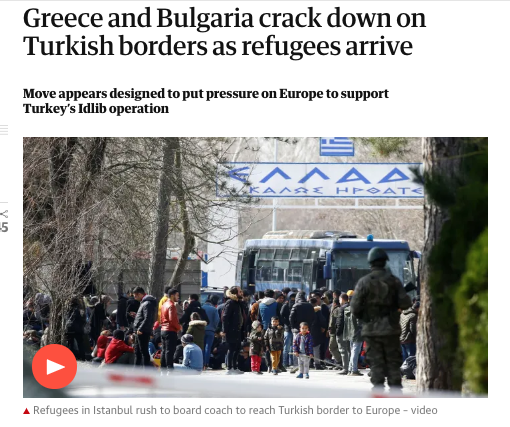 The European Union, meanwhile, warned the Turkish president, Recep Tayyip Erdoğan, that it expected Ankara to abide by a €6bn (£5.2bn) deal to stem migration to its member states. Under the 2016 agreement, Turkey agreed to halt the flow of people to the EU in return for funds. Turkey currently has about 3.6 million refugees from Syria. There was alarm in Brussels as footage of hundreds of refugees and migrants heading for the land and sea borders with Greece was aired by the Turkish state news agencies.

Turkey’s decision comes after an airstrike on Thursday night in Syria’s Idlib province killed at least 33 Turkish soldiers recently deployed to support the Syrian opposition in the face of a bruising Russian-backed Syrian government offensive. 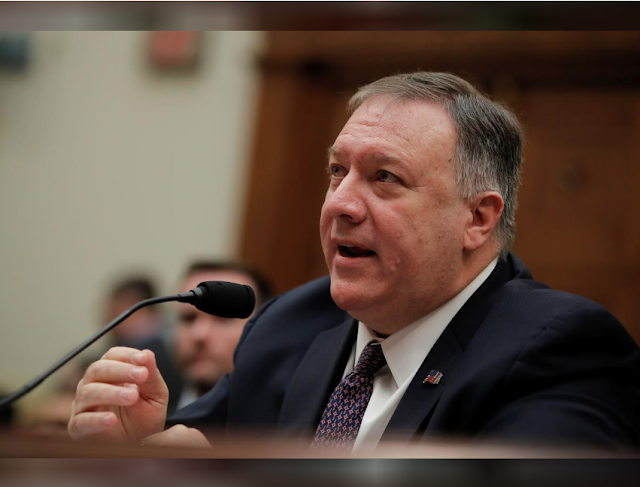 “The United States is engaging with our Turkish Allies and reviewing options to assist Turkey against this aggression as we seek to prevent further Assad regime and Russian brutality and alleviate the humanitarian suffering in Idlib,” Pompeo said in a statement.