CoronaVirus Fatality Rate is 20% in Iran

Coronavirus deaths in Iran count for the most in any country outside China. 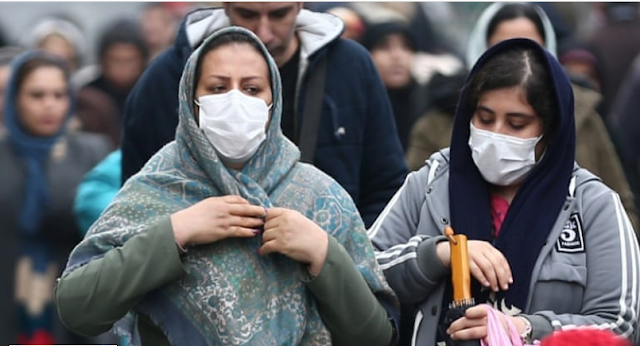 A sixth death from the coronavirus has been reported in Iran as authorities in more than a dozen affected provinces ordered the closure of schools, universities and cultural centres in a bid to contain the outbreak.

Ali Aghazadeh, governor of the Markazi province, said late on Saturday that tests of a patient who recently died in the central city of Arak were positive for the virus.

The person was also suffering from a heart problem, he told the official IRNA news agency.

So far, 28 cases have been confirmed in Iran, but it was not immediately clear if the sixth fatality was among those cases.

All of those who lost their lives are believed to be Iranian citizens, and the deaths in Iran account for the most in any country outside China.

Since the new coronavirus emerged in December, it has killed 2,345 people in China, the epicentre of the epidemic, and more than a dozen people elsewhere in the world.

Officially known as COVID-19, the infection first surfaced in Iran on Wednesday, when authorities said it claimed the lives of two elderly people in Qom, a Shia holy city south of the capital.

The Ministry of Health said most of the confirmed cases are either "Qom residents or have a history of coming and going from Qom to other cities".

As a "preventive measure", authorities ordered the closure of schools, universities and other educational centres in 14 provinces across the country from Sunday, according to state television.

The government also announced that "all art and cinema events in halls across the country have been cancelled until the end of the week" in order to stop infections.

"We are on the frontlines, we need help," head of Qom's medical sciences university said on state TV.

"If I can say one thing, it is, 'help Qom,'" said Mohammadreza Ghadir.

Iran has yet to confirm the origin of the outbreak, but one official speculated that it was brought in by Chinese workers.

"The coronavirus epidemic has started in the country," state news agency IRNA quoted the health ministry's Minoo Mohraz as saying. "Since those infected in Qom had no contact with the Chinese ... the source is probably Chinese workers who work in Qom and have travelled to China," she added, without providing any evidence to support her claim.

The city of Tehran, meanwhile, closed down all bistros and water fountains in the capital's subway stations until further notice.

Al Jazeera's Assed Baig, reporting from Tehran, said there was concern on the streets of the capital.

"We are seeing people question the government's account, and asking how many people are actually affected. They don't really trust the government, partly because when that Ukrainian airliner was shot down, the government spent three days denying it," he said, referring to a January 8 plane disaster in which 176 people were killed when the military accidentally shot down a passenger jet.

"People are suspicious. The schools are closed. The seminaries are closed, concerts, film screenings cancelled to stop large numbers of people congregating," he said, adding: "Now on state TV, they've been showing videos of how to wear face masks properly and how people can wash their hands."

Meanwhile, the World Health Organization (WHO) has expressed concern over the speed at which COVID-19 has spread in Iran, as well as it being exported from the country to other territories in the region.

"The concern is ... that we have seen an increase in cases, a very rapid increase in a matter of a few days," said Sylvie Briand, director of the WHO's global infectious hazard preparedness department.

"We are just wondering also about the potential of more exported cases in the coming days," she added.

The cases in Iran have affected neighbouring countries.

The United Arab Emirates announced two new coronavirus cases on Saturday, an Iranian tourist and his wife, the state news agency WAM reported, raising the total number of coronavirus cases in that country to 13.

Iraq announced on Thursday that it had banned border crossings by Iranian nationals, while Iraqi Airways suspended flights to Iran. Kuwait Airways also suspended all flights to Iran starting on Thursday. Saudi Arabia said on Friday it had suspended travel by citizens and expatriates to Iran.

Kuwait Airways was operating special flights to evacuate more than 700 Kuwaitis from the northeastern Iranian city of Mashhad on Saturday, it said in a post on its official Twitter account.

CoronaVirus Fatality Rate is
20% in Iran

Posted by seemorerocks at 18:42