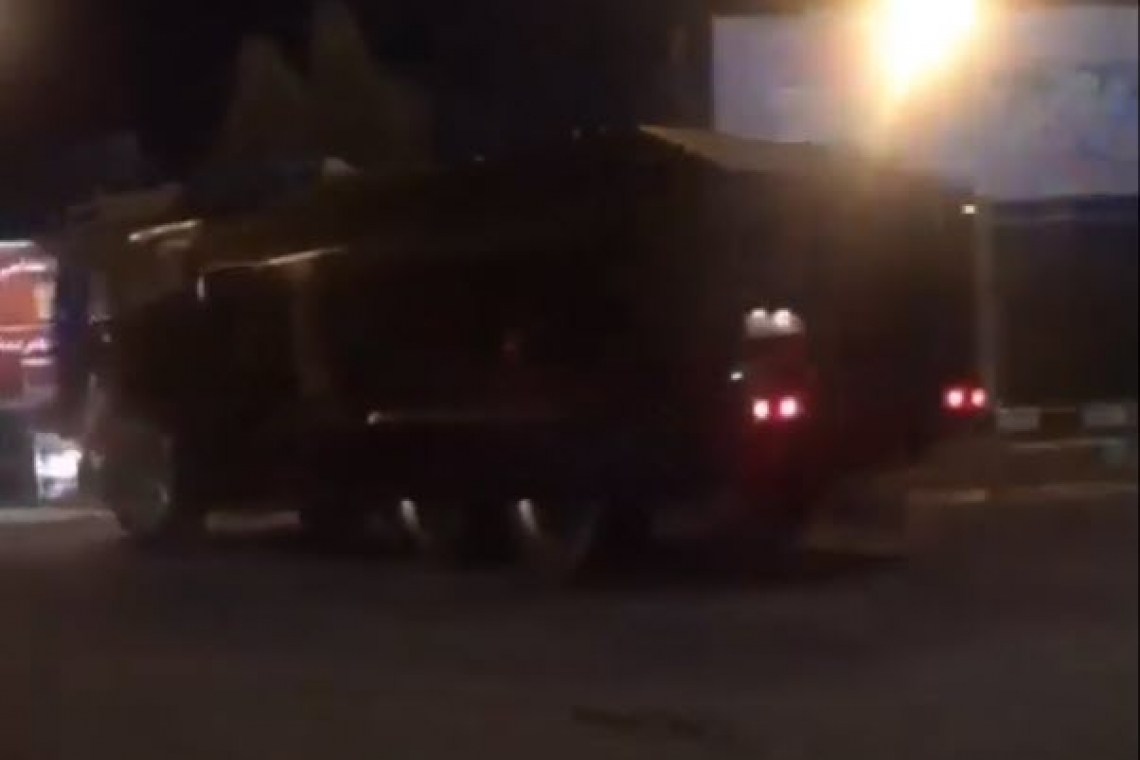 Iran has confirmed two of its citizens have died from Coronavirus and neither of them had any travel to China.
The Iran Revolutionary Guard Corps (IRGC) is now moving troops and equipment into Qom for possible QUARANTINE of that city and it's 1.2 MILLION residents.
Videos emerging from inside Iran show the military on the move toward Qom:

Here's a second video showing troops and equipment on the way to Qom:

A specialized BUS-Ambulance is shown in the video below taking another TEN people, infected with Coronavirus, to hospital:

Iran has also issued a NATIONWIDE ALERT to all Ambulance people to wear Personal Protective Gear when going on calls:

COVERT INTEL
This portion of the story is for SUBSCRIBERS ONLY.   "Chatter" inside Iran includes finger-pointing at SPECIFIC other countries, alleging this disease outbreak is actually a bio-weapon . . .
My former colleagues in the Intelligence Community from my years working with the FBI Joint Terrorism Task Force, tell me that high ranking Iranian government officials have been intercepted discussing this disease outbreak, and are already suggesting it is a Bio-weapon.
One conversation went along these lines:
"Anyone else find it suspicious that the outbreak occurs less than 20 miles away from the nuclear enrichment center? The Chinese helped us (Iran) with the nuke program and suddenly this infect them.  Now us, too.  It is not hard to think Israel is taking advantage of the situation to sow some chaos by introducing it here in Iran. We will never know for sure, but there are never any coincidences in the middle east."
It is important to note that under International Law, the use of a Bio-weapon is considered an act of mass-destruction.   A country attacked with a Bio-weapon is free to retaliate with its own weapon of mass destruction, be it biological, CHEMICAL OR NUCLEAR!
The fact that Israel is already being looked-at by Iran for a possible Bio-weapon attack, does not bode well for the world, at all.