A TV director of a Japanese broadcasting company TBS interviewed a "random" taxi driver in Tokyo about new coronavirus. During the interview, the driver got a call from the health department to announce he tested positive. He WAS the first infected taxi driver in Tokyo. The TV director demanded the health department to test himself too, but they rejected because he showed no symptoms yet.

This is going to be a mess.

During the interview, the

interviewee was found to be

positive for the new

coronavirus. The director of 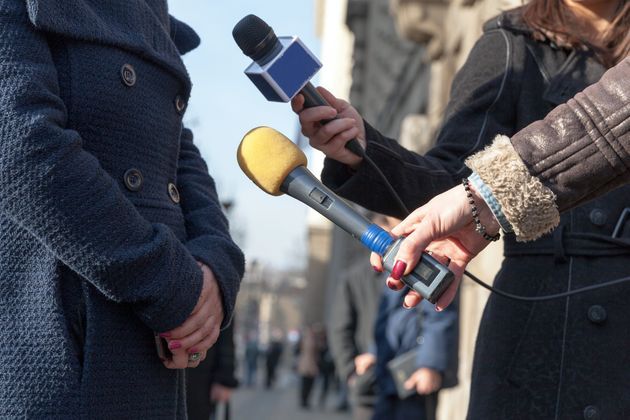 It was reported on February 17 in TBS programs such as the TBS-related information programs " Asa-chan !" And " Hiruobi! " According to the content of the program, the male director of "Asa-chan!" The taxi driver who accidentally boarded the director on February 15 was a participant in a new year party on a houseboat, which is believed to have triggered the spread of the new coronavirus infection.

He moved out of the car, turned his camera and began interviewing, and he stated that the driver had been tested for the new coronavirus the day before. The driver was asymptomatic and had heard that he would be contacted if the test was positive, but he said he was working because there was no contact.

However, during the interview, the health center contacted the driver's mobile phone and found that the test result was positive. The driver was surprised as he moved away from the director, explaining the situation on the phone, saying, "I'm working. I'm receiving a TV interview."

Media officials came into contact with infected people during the interview over the new coronavirus, which continues to spread.

According to a TBS spokeswoman, the male director was an employee of an affiliate of TBS. After the interview, the man contacted the consultation desk and told him that he had contact with the infected person, but he said he had not been tested because he had no symptoms and could not be tested.

As of February 17, the male director's physical condition has not changed, but the male is said to be waiting at home for the time being.

" GogosumaAfter conveying a series of circumstances, he concluded that `` There was no symptom even if infected with the new coronavirus, people who are living everyday life were highlighted '', but not only that, there is a possibility of infection The reality is that there are many people who cannot be tested