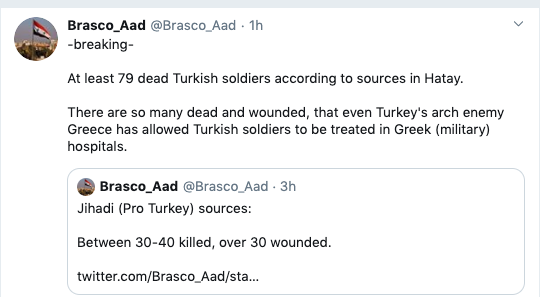 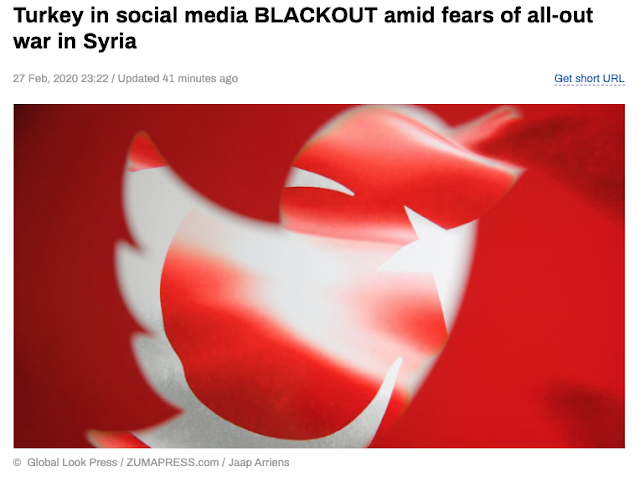 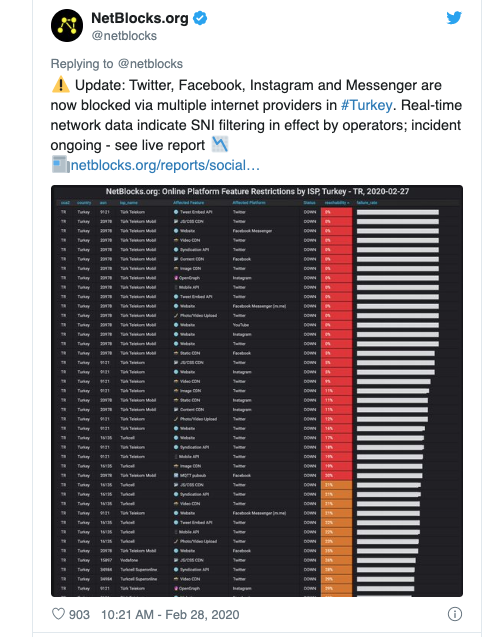 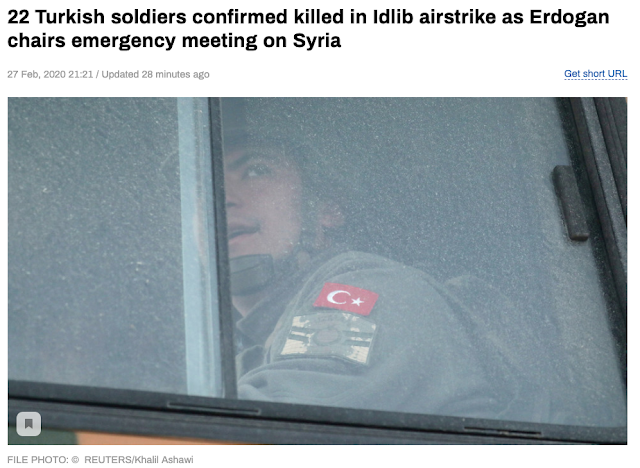 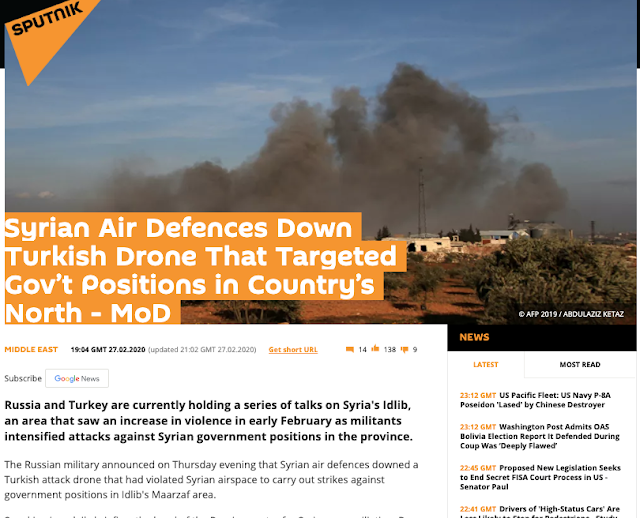 UPDATED 5:42 PM EST SEE BOTTOM -- While the world's attention has been focused on Coronavirus (now called "COVID-19"), the horros inside the country of Syria have continued and are getting worse.   Today, thirty-two Turkish Army soldiers were killed in Russian air strikes in Syria.   The Russians are supporting the legitimate Syrian government and the Turks are not.
There is now a defacto state of war between Russia and Turkey, inside Syria.
An air strike by Russian warplanes on the Turks' location was in the vicinity of Saraqeb in the Idlib countryside of northern Syria.
This air strike came after a phone call between the Turkish and American defense ministers and during a Turkish security meeting with the presence of President Recep Tayyip Erdogan.
Intelligence sources from my years working with the FBI told me just minutes ago "The situation in North-Western Syria just went from dangerous to...... very very dangerous.   The chances of full-scale war between Syria and Turkey within 48 hours are at least 90%."
Of course, Syria is badly bruised from the multi-year campaign of terror heaped upon it by its neighbors, who hired mercenaries to forcibly overthrow the legitimate elected President, Bashar Assad.   But Assad has a powerful ally in Russia, and Russia has had about enough of the situation in Syria and Turkey's role in all of it.
If war breaks out, this will get to a regional level and worse very quickly.
This is a fast developing story . . . check back for updates, and tune-in to the Hal Turner Radio Show tonight at 9:00 PM eastern US time (GMT -0500) for all the latest details.
UPDATE 4:11 PM EST --
Now receiving intel saying "At least 73 dead and wounded!  Russia undertook a massive massive bombardment after Turkish troops directly attacked Russian soldiers!"
ADDITIONAL INTEL: This situation between Turkey and Russia has been building up for weeks now, but Anakara can no longer allow Russia to directly kill its soldiers without response. Big pressure on Turkey now!!
Turk President Recypt Erdogan has called an Emergency meeting of his Ministry of Defense.
UPDATE 4:21 PM EST --
A Broadcast Ban has been ordered in Turkey, preventing media from reporting ANY Turk military activity anywhere.  This is usually a prelude to a large military action by Turkey.
UPDATE 4:30 PM EST --
Russia is refusing permission for Turkish helicopters to enter Syrian air space to evacuate dead and wounded!!!!!
CENSORSHIP:  Twitter has become unavailable across Turkey as of 11:30 p.m. local time for users of national provider Turk Telekom following alleged attack on Turkish troops in Idlib; other social media currently unaffected; developing situation


TURKEY FIRED TWO MISSILES AGAINST RUSSIAN AIR BASE IN LATAKIA.  BOTH WERE SHOT DOWN BY RUSSIAN AIR DEFENSES.  WAR IS ON.


Turkish Air Force (THK) F-16Cs from Diyarbakir had been sent over Idlib to provide top cover for the Turkish Army S-70A evacuating wounded & dead Turkish soldiers,  but they were intercepted by Russian fighter jets (probably Su-35s) 30 minutes ago, AND FORCED BACK TO TURKISH AIR SPACE UNDER THREAT OF BEING SHOT DOWN!
****BULLETIN ****
UPDATE 5:42 PM EST --
Turkey has declared Martial Law inside its borders as hundreds of Turks call for the ouster of President Erdogan for his misadventures inside Syria.
MORE  REPORTS NOW FLOODING IN THAT TURKEY PARLIAMENT WILL MEET TO DECLARE WAR ON SYRIA TOMORROW, FEBRUARY 28
Posted by seemorerocks at 12:16