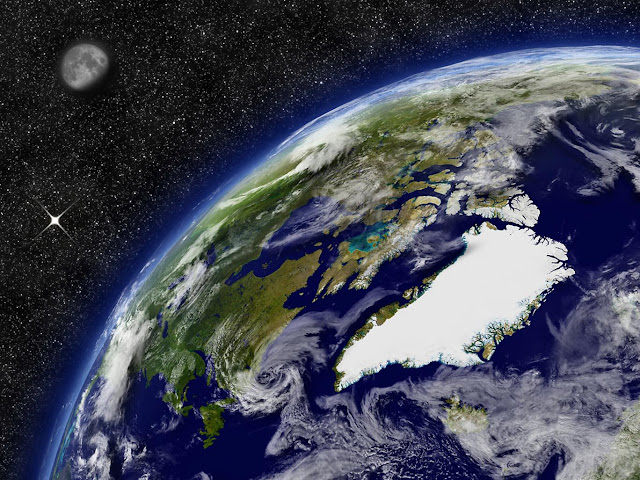 Scientists are “very worried” that the Greenland ice sheet might start to melt “faster and faster”, a leading scientist has said.

The problem is that the warmer weather is allowing more dark algae to grow on the ice.

Because ice is white, it reflects much of the sun’s energy, but dark algae absorb the heat, increasing the rate of melting.

The Greenland ice sheet is up to 3km thick and would raise sea levels by seven metres if it all melted into the sea. The current rate of melting is adding about 1mm a year to the global average sea level.

Professor Martyn Tranter, of Bristol University, who in charge of the project, told the broadcaster: “People are very worried about the possibility that the ice sheet might be melting faster and faster in the future.

“We suspect that in a warming climate these dark algae will grow over larger and larger parts of the Greenland ice sheet and it might well be that they will cause more melting and an acceleration of sea level rise.

“Our project is trying to understand just how much melting might occur.”

The algae come in a range of different colours, turning the ice black, brown, green and mauve.

“This is an extremely difficult place for anything to live but, as we look around us, all this darkness we can see on the ice surface is living – algae, microbes, living and reproducing in the ice sheet and changing its colour,” he said.

It would probably take a long time for the entire ice sheet to melt, Dr Cook said.

"When we say the ice sheet is melting faster, no one saying it’s all going to melt in next decade or the next 100 years or even the next 1,000 years,” he told the BBC.


“But it doesn’t all have to melt for more people to be in danger – only a small amount has to melt to threaten millions in coastal communities around the world.”
Posted by seemorerocks at 16:10