A list of dozens of suspected ISIS militants trained to deal with explosives and potentially aiming at terrorist attacks in Europe has been shared with EU intelligence by The International Criminal Police Organization (Interpol), the Guardian reports.

Interpol issued a list of 173 terrorists linked to Islamic State (IS, formerly ISIS/ISIL), who “may have manifested willingness to commit a suicidal attack or martyrdom to support Islam,” the Guardian reported on Friday, saying it obtained the names.

The specially trained attackers “can travel internationally, to participate in terrorist activities,” but it is unclear whether they managed to reach Europe, the report says. 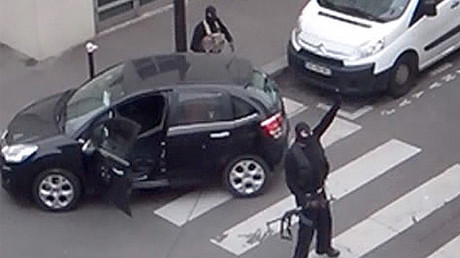 ISIS trains jihadists to hit European targets, has no shortage of volunteers – Europol

While the document identifies the suspects and provides their photos, it also features such details as the date of recruitment and possible addresses, even including the mosques they could attend.

The list apparently stems from US intelligence data which was obtained through “trusted sources” during operations against ISIS in Syria and Iraq.

The potential attackers were pinpointed “through materials found in the hiding places of ISIL,” according to the paper.

Interpol reportedly sent the warning to its European counterparts on May 27 and asked to share information on the suspects.

In March, then-FBI director James Comey warned that European states may face an unprecedented “terrorists diaspora” in five years, as after the defeat of ISIS, terrorists will spill over into Western Europe.

On Friday, the UK’s most senior police officer, Cressida Dick, stated that advances against ISIS in Syria and Iraq do not reduce the threat for the country.
Earlier, German Police Chief Holger Muench said that around 700 Islamists may pose a threat to German security, local media reported.

ISIS continues to plan more complex and mass-casualty attacks in the West, particularly in Europe, according to a report from Europol. The agency also warned that terrorist tactics and techniques are transferred from the current conflict zones, including the “illicit spread of bomb-making knowledge and instructions.”