Are you a "male supremacist"?

Liberal fascist nonsense at the End of Time

We all know about the rightwing extremists of the American Taliban trying to put women back in the box with medieval ideology.

Now we’ve got the liberal Left, in the form of neo-feminism, in on the act.

I will not call the people propagatng these idea feminists because it has nothing in common with the classic feminism I'm familiar with (and support).

Forty years ago I learned in biology that there are TWO genders (or sexes, if you prefer) and two types of chromosome ‘x’ and ‘y’

Now, in this Brave World we are being told that this is nonsense and you can chose whatever bloody sex you like and people have no right to question this nonsense by insisting on science.

I will stand up for the rights of my sisters while there is still breath in my body but – excuse me – there are only TWO sexes in this world. 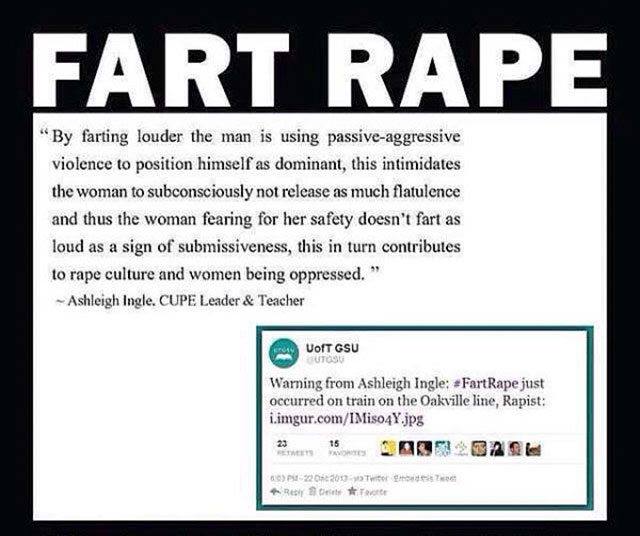 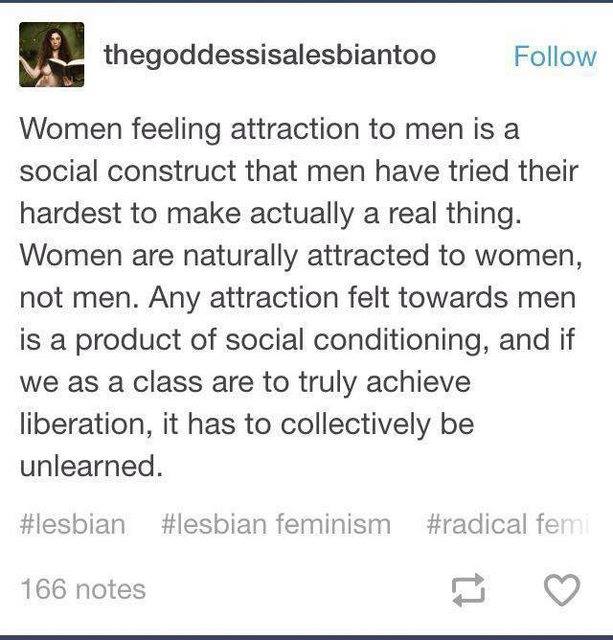 I guess the following will make me a ‘MALE SUPREMACIST” 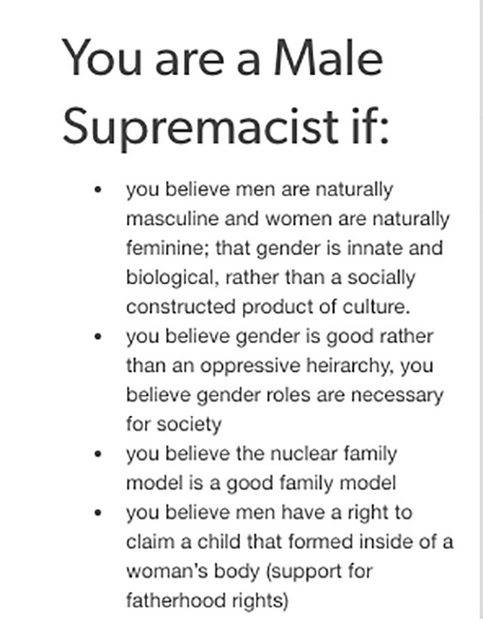 Rather, I will call this by its name - FASCISM