"Deadly protests rocked Venezuela on Sunday as voters broadly boycotted an election for a constitutional super-body that unpopular leftist President Nicolas Maduro vowed would begin a "new era of combat" in the crisis-stricken nation."

Abby Martin provides some background into the Constituent Assembly, so hated by the power-that-be and a compliant media.  What is clear is that this an example of direct democracy - something that has always been reviled by the elites of America, especially in South America.

The Americans would like a repeat of Chile in 1973 and not of the failed coup against Chavez.

To me this looks like one of the few places in the world that is trying to implement real democracy.

Abby Martin addresses the criticisms with Head of the Presidential
Commission to oversee the Constituent Assembly process, Elias Jaua, speaks to supporters and participants of the Assembly, interviews historian Chris Gilbert and explains what is at stake in Venezuela if the social programs instated under Chavez are terminated by the opposition.

What Mainstream Media Got Wrong About Venezuela's Constituent Assembly 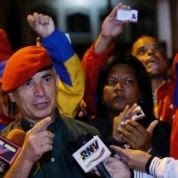 Venezuelans voted Sunday for representatives of the National Constituent Assembly, amid what the government has called a targeted media campaign to destabilize the country and destroy its sovereignty.

The U.S. newspaper Washington Post, for instance, wrote "the decision to hold the vote appeared set to prolong and deepen the suffering of the people of Venezuela" — despite assurances from Venezuelan President Nicolas Maduro that the purpose of the election was to ease economic and political conflicts with the opposition.

The Washington Post also insisted the nation’s 2.8 million state workers "risked losing their jobs if they did not vote."

The media outlet went even further, claiming the internal and democratic election represented "a direct challenge" to the administration of U.S. President Donald Trump after it demanded that the government cancel the vote.

It said Maduro "defiantly followed through Sunday with his pledge" to hold the election, "creating a critical new stage in a long-simmering crisis that could mint the Western Hemisphere’s newest dictatorship."

Germany's Deutsche Welle meanwhile said the election "will cement a socialist dictatorship" — ignoring the fact that Venezuelans have the right to call for a Constituent Assembly and that the new Constitution will need to be approved by the people.

The British media outlet BBC referenced the recent deaths during violent protests in Caracas, placing the full responsibility for the clashes between protesters and security forces.

But Venezuelan Armed Forces have denied these accusations. In a press conference Sunday, Minister of Defense Vladimir Padrino Lopez said that none of the injuries or deaths could be attributed to the Armed Forces. The article also ignores the eight members of the Armed Forces who were severely injured while protecting Venezuelans' right to vote.

The CNN, a longtime critic of the Venezuelan government, argued the Constituent Assembly was controlled by Maduro and that the "vote would give the president immense political power."

This statement fails to take into account that no other state institution may interfere in the new legislative body. Only the 545 officials elected by the citizens from different sectors of society can draft the new Constitution.

CNN also reported that Maduro would replace Venezuela's National Assembly — a situation that has never been stated in the decree to call for an open and direct vote.

Canada's Globe and Mail said "voters broadly boycotted" the election, ignoring the numerous of photos and videos of people lining up to vote at dawn and even wading through swamps to reach the voting centers. The article also does not include the countless reports of seniors and people with disabilities eagerly casting votes across the country.

"Caracas was largely shut down with deserted streets and polling stations were mostly empty, dealing a blow to the legitimacy of the vote," said the Globe and Mail without any evidence.

The Guardian joined the mainstream criticism, calling the election an action that will "seal the demise of the oil-rich nation’s democracy."

Again, the article failed to acknowledge the thousands of people who fought to earn the opportunity to be candidates in this historical event, including candidates from the LGBT community, student organizations and women and campesino groups.

Finally, the New York Times reported on the election with the headline: "As Venezuela Prepares to Vote, Some Fear an End to Democracy."

The article reported, "Maduro is pushing a radical plan to consolidate his leftist movement’s grip over the nation," forgetting that candidates are not voted for according to their political parties but through individual candidacies.

In one of the bluntest accusations, the newspaper argued Maduro "has refused to negotiate with street protesters," a claim that blatantly ignores Maduro's ongoing calls for peaceful dialogue and guidance from the Vatican.

It concludes by accusing the president of Venezuela of seeking an "unchecked authority not seen since the juntas that haunted Latin American countries in decades past," as Maduro and the Bolivarian Revolution have vowed to fight the same external interference that brought the U.S. backed dictatorships to the region in the 60's 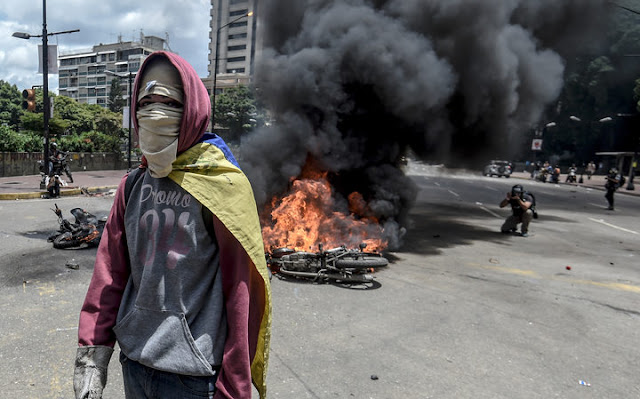 Deadly protests rocked Venezuela on Sunday as voters broadly boycotted an election for a constitutional super-body that unpopular leftist President Nicolas Maduro vowed would begin a "new era of combat" in the crisis-stricken nation.

The U.S. government ordered family members of employees at its embassy in Venezuela to leave on Thursday as a political crisis deepened ahead of a controversial vote critics contend will end democracy in the oil-rich country.

Oil prices hit a two-month high on Monday, lifted by a tightening U.S. crude market and the threat of sanctions against OPEC-member Venezuela.

U.S. West Texas Intermediate (WTI) futures were up 16 cents, or 0.3 percent, at $49.87 per barrel, and the entire WTI curve is close to moving back over $50 per barrel, with only September and October a notch below that level.

Violence continued to rage on the street, with another seven people killed during the latest opposition-led strike against President Nicolas Maduro's planned election for a powerful new Constituent Assembly on Sunday.