Is this in spite of, or because of the dying Great barrier Reef? 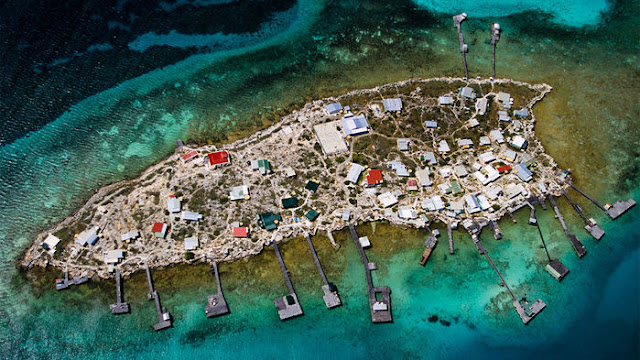 TOWNSVILLE, AUSTRALIA—Five years after the Australian government created one of the world’s largest networks of marine reserves, it has unveiled a heavily revised management blueprint that would curtail conservation. Some scientists are assailing the plan as deeply flawed. “I suppose you could say it’s an insult to the science community. It’s not evidence-based,” says David Booth, a marine ecologist at the University of Technology in Sydney, Australia.
Australia is fringed by some of the richest marine ecosystems in the world. Recognizing the need to protect those resources, in 2012, after years of input from scientists and the public, the Australian government strung together a necklace of marine reserves encircling the continent. But following elections a few months later, the new conservative government commissioned an independent review to gather more public input. The draft plan, released on Friday, retains the 2012 plan’s boundaries but scales back protections in some areas to allow for more fishing.
The proposal, which will undergo a 60-day public review period before heading to Parliament, which is expected to approve the plan, covers 44 marine reserves encompassing 36% of Australia’s exclusive economic zone—the wide ring of ocean from about 5 kilometers offshore to 370 kilometers out. In maps showing which activities will be allowed where in the reserves, large swaths of no-take “green” zones designated in 2012—areas in which no fishing or mining would be allowed—have been converted to “habitat protection zones,” where sea floor–ravaging activities such as trawling are barred but other types of fishing are permitted. Under the new plan, only 20% of the reserves would be green zones and more permissive “yellow” habitat protection zones would increase from 24% to 43%.
“These draft plans balance our commitment to protect the marine environment, while supporting a sustainable fishing industry, promoting tourism, and providing cultural, recreational, and economic benefits for coastal communities,” National Parks Director Sally Barnes in Canberra said in a statement.
"

G. Grullón/Science
Many marine scientists are dismayed. “They’ve nearly halved the level of protection,” says marine ecologist Jessica Meeuwig, director of the University of Western Australia’s Centre for Marine Futures in Perth. “It’s very demoralizing to the scientists who’ve done so much hard work,” Booth adds. “You would not believe the amount of work that’s been put into establishing these places. Then suddenly it all comes off the table.”
The massive Coral Sea marine reserve, which buffets the Great Barrier Reef along Australia’s northeast coast, faces the biggest conservation rollback under the plan. About 76% of its sprawling 98-million-hectare expanse would be open to fishing, up from 46%. That would aid the tuna industry, according to the environment department. “They’ve saved the tuna fishery $4 million a year,” Meeuwig says. “So in order to save .03% of fishing revenue, we’ve scuppered what could be the single most important marine protected area in the Pacific.”