Just hours after showing "lethal, overwhelming force" with a 'drill' sending two B-1 bombers over the Korean Peninsula, US ambassador to the UN, Nikki Haley, appears to ratcheted up the warmongering to '11' with her latest tweet...

Done talking about NKorea.China is aware they must act.Japan & SKorea must inc pressure.Not only a US problem.It will req an intl solution.
3:59 AM - 31 Jul 2017

She also retweeted a report about the bomber jet drills...

It appears Haley has moved on from her anti-Assad rages and found an easier-to-accept target.

This latest escalation in rhetoric - getting increasingly close to 'red line' from the so-called "warmonger extraordinaire" follows her comments earlier this month that..."Today is a dark day - it is a dark day because yesterday's actions by North Korea made the world a more dangerous place."

Antonius Aquinas had some less than complementary comments about the UN ambassador recently...

That Haley was even chosen to become part of the Trump Administration has been odd from the beginning, but as things have unfolded quite telling.  Haley was a vociferous critic of the future president.  She, and the likes of another war-monger and Russophobe, Lindsey Graham, were consistently attacking candidate Trump for being “soft” on Russia and his immigration stance especially his wildly popular border wall proposal.  To Haley and Graham, Donald Trump was out of step with the Republican Party’s values such as diversity as represented by Haley who, herself, is of Indian heritage.

Yet, despite all of the vitriol heaped at candidate Trump, the newly elected president, in a surprising and ominous move, decided to make the South Carolina governor, UN ambassador.  This, and a number of other selections to foreign policy posts, signaled that President Trump would abandon his promises and vote-garnering campaign talk of peaceful coexistence with Russia, a reduction of US presence in the Middle East, and in other hot spots across the globe.

While Haley has been an ardent warmonger from the start, President Trump did not have to select her for the post.  There were other more competent and surely less belligerent candidates available.  More than likely, the choice was probably a nod to his “advisor” daughter Ivanka, to curry favor among feminists.
While President Trump’s pick of Haley was an implicit betrayal of a large segment of his base, his foreign policy actions since becoming chief executive have been an explicit rejection of putting America first which he spoke of at his inaugural.  From escalating tensions with puny North Korea, dropping the mother-of-all-bombs on Afghanistan for no apparent reason, to making multi-billion dollar armament deals with the despots of Saudi Arabia among other troubling endeavors, Trump’s foreign policy is little different than his infamous predecessors.

While it looks like President Trump may have won the war, at least temporary, over the press and the anti-Trump Congressional forces about the fake Russian election involvement, he and his bellicose UN ambassador are now using the same underhanded methods to instigate a conflict to depose President Assad.  While the alternative media rightly showed how the mainstream press and politicos made up and manipulated stories to undermine President Trump, it should now be intellectually honest and call out the president and his UN ambassador for what they are doing in Syria.  In doing so, it may prevent the outbreak of WWIII.

In Show Of "Lethal, Overwhelming Force" US Flies Two B-1BBombers Over Korean Peninsula

In the Shadow of Pyongyang Missiles, US Touts Success of THAAD Intercept Test 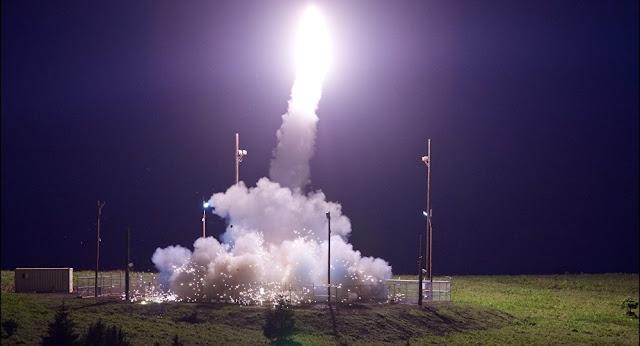 The US Missile Defense Agency said a medium-range ballistic missile was successfully intercepted over the Pacific in the early hours of Sunday morning, in a test of the Pentagon’s Terminal High Altitude Area Defense (THAAD) System battery in Kodiak, Alaska.

The test came the same day that two US supersonic B-1 bombers flew over the Korean Peninsula, following joint military drills with Japan, in a show-of-force response to North Korea’s test-fire of what Washington deemed the isolated nation’s second intercontinental ballistic missile on Friday. The Russian Ministry of Defense said the missile was a medium-range ballistic missile, "based on its technical characteristics." 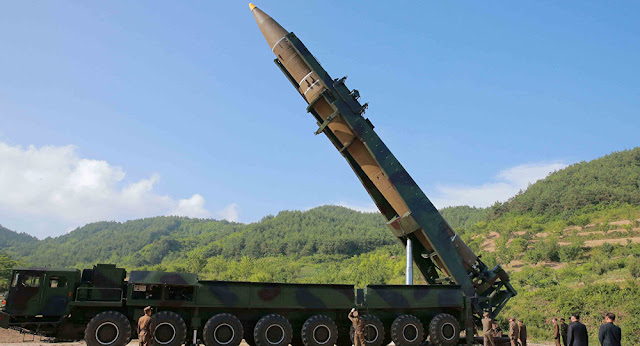 'SternWarning': North Korea Says New Missile Tests Prove All US Is in Range

Meant as a “stern warning” to Washington, according to North Korean state media, Friday’s launch aimed for “maximum distance.” The People’s Democratic Republic of Korea (DPRK) leader Kim Jong-un was cited as saying that the test reaffirmed the country’s ability to range the “entire” US mainland with its weapons, the Guardian reported.
The Pentagon denied that the launch posed a threat to North America, but in a telephone conversation after the test, representatives from the US and South Korean militaries discussed “military response options,” according to the Pentagon.

Sunday’s THAAD test saw the detection, tracking and interception of a target missile air-launched from a US Air Force C-17. Soldiers from the 11th Air Defense Artillery Brigade, stationed at Texas’ Fort Bliss, conducted the operation, in a test that mimicked a real-world scenario as closely as possible, according to an MDA statement. The brigade was not made aware of when the target would be launched.
“In addition to successfully intercepting the target, the data collected will allow MDA to enhance the THAAD weapon system, our modeling and simulation capabilities, and our ability to stay ahead of the evolving threat,” MDA head Lt. Gen. Sam Greaves said in the statement, cited by Stars and Stripes.