Hard drives of Wasserman-Schultz's IT aide seized by FBI 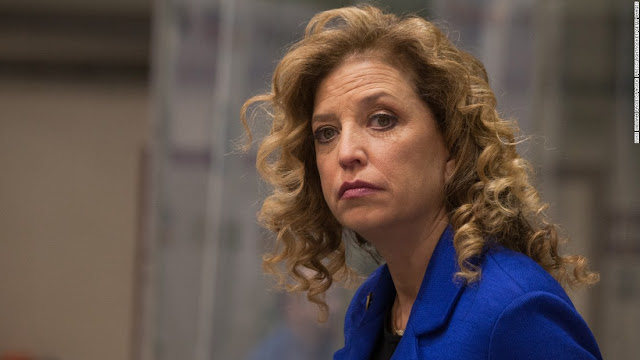 
Over the past few months, the story of the Awan brothers has been largely ignored by mainstream media. However, the Pakistani-born brothers Abid, Imran, and Jamal Awan are at the center of a criminal investigation by U.S. Capital Hill Police and the FBI.  While official charges have not yet been filed, allegations of wrong doing vary from simply overcharging taxpayers for congressional IT equipment to blackmailing members of Congress with secrets captured from emails.

The Awan brothers were Pakistani IT specialists, whom worked for more than 30 house and senate democrats, as well as Rep. Debbie Wasserman Schultz. The substantial scandal has raised questions about who may have been passed data which the Awans had access to, given Pakistan's history of collaborating with a number of foreign countries who have demonstrated past willingness to influence U.S. politics.

Now, per an exclusive report from the Daily Caller, we learn that the twisted plot surrounding the Awan brothers has grown even more interesting as FBI agents have reportedly seized a number of "smashed hard drives" and other computer equipment from their former residence in Virginia.


FBI agents seized smashed computer hard drives from the home of Florida Democratic Rep. Debbie Wasserman Schultz’s information technology (IT) administrator, according to an individual who was interviewed by Bureau investigators in the case and a high level congressional source.

Pakistani-born Imran Awan, long-time right-hand IT aide to the former Democratic National Committee (DNC) Chairwoman, has since desperately tried to get the hard drives back, the individual told The Daily Caller News Foundation’s Investigative Group.

The congressional source, speaking on condition of anonymity because of the sensitivity of the probe, confirmed that the FBI has joined what Politico previously described as a Capitol Police criminal probe into“serious, potentially illegal, violations on the House IT network” by Imran and three of his relatives, who had access to the emails and files of the more than two dozen House Democrats who employed them on a part-time basis.


Makes you wonder whether they used the official BleachBit hammer to destroy the hard drives.

Apparently the hard drives were first discovered by a Marine Corps veteran after he rented a house in Lorton, Va. that belonged to the Awans.  Upon moving in, the Marine found a trove of abandoned computer equipment in the garage, much of which had been destroyed, and called the FBI to take a look.

One of the new tenants — a Marine Corps veteran married to a female Navy Officer — said he found “wireless routers, hard drives that look like they tried to destroy, laptops, [and] a lot of brand new expensive toner.”

The tenants called the Naval Criminal Investigative Service and, not long after, FBI agents arrived together with the Capitol Police to interview them and confiscate the equipment. The Marine spoke on condition of anonymity because of concerns for his wife’s naval career, saying she doesn’t want to be associated with a national security incident.

“It was in the garage. They recycled cabinets and lined them along the walls. They left in a huge hurry,” the Marine said. “It looks like government-issued equipment. We turned that stuff over.”

For those who have managed to avoid this story, Imran was first employed in 2004 by former Democrat Rep. Robert Wexler (FL) as an “information technology director”, before he began working in Rep. Debbie Wasserman Schultz’s office in 2005.

The family was paid extremely well, with Imran Awan being paid nearly $2 million working as an IT support staffer for House Democrats since 2004.

Abid Awan and his wife, Hina Alvi, were each paid more than $1 million working for House Democrats.

In total, since 2003, the family has collected nearly $5 million.

The staffer’s services were so important to congressional members, that on March 22, 2016, eight democrat members of the House Permanent Select Committee on Intelligence issued a letter, requesting that their staffers be granted access to Top Secret Sensitive Compartmented Information (TS/SCI). Of those that signed the letter were representatives Jackie Speier (CA) and Andre Carson (IN), the second Muslim in Congress, both of whom employed the Awan brothers.

The brothers were also employed by members of the House Permanent Select Committee on Intelligence and the House Committee on Foreign Affairs, such as: Jackie Speier (D-CA), Andre Carson (D-IN), Joaquín Castro (D-TX), Lois Frankel (D-FL), Robin Kelly (D-IL), and Ted Lieu (D-CA). Lieu has since openly called for leaks by members of President Trump's administration despite the fact that he may until recently have been under surveillance by a foreign entity.

One bombshell that has been all but ignored by the main stream media is that Imran Awan had access to Debbie Wasserman Schultz’s iPad password, meaning that the brothers also had direct access to the notorious DNC emails.

The brothers are accused of removing hundreds of thousands of dollars of equipment from congressional offices, including computers and servers, while also running a procurement scheme in which they bought equipment, then overcharged the House administrative office that assigns such contractors to members.

Some congressional technology aides believe that the Awan’s are blackmailing representatives based on the contents of their emails and files, due to the fact that these representatives have displayed unwavering and intense loyalty towards the former aides.

Of course, if Republicans and/or members of the Trump administration hired foreign-born IT specialists who were suspected of committing a laundry list of federal crimes and then smashed a bunch of hard drives just before skipping town...we're sure the media would still gloss right over it in much the same way they're doing for the the Democrats in this instance.