These pieces are from 1988 when global warming first came to public attention. We have known about the Greenhouse effect for over 100 years and Exxon Mobil knew but decided to keep silent

Exxon knew of climate change in 1981, email says – but it funded deniers for 27 more years
A newly unearthed missive from Lenny Bernstein, a climate expert with the oil firm for 30 years, shows concerns over high presence of carbon dioxide in enormous gas field in south-east Asia factored into decision not to tap it

Unheeded warmings from 30 years ago 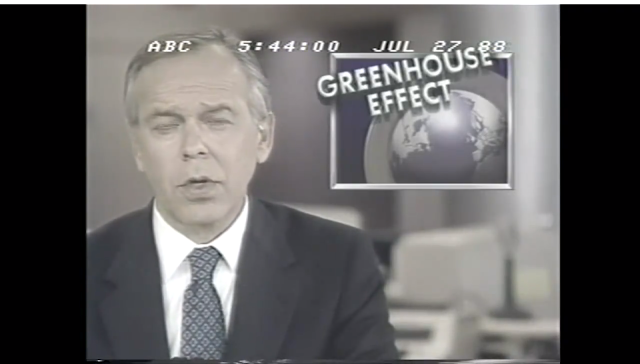 On this day in climate policy history: "Experts guess we have a window of about 20 years to undo the atmospheric damage. After that, they say, the planet could turn slowly uninhabitable." July 27, 1988 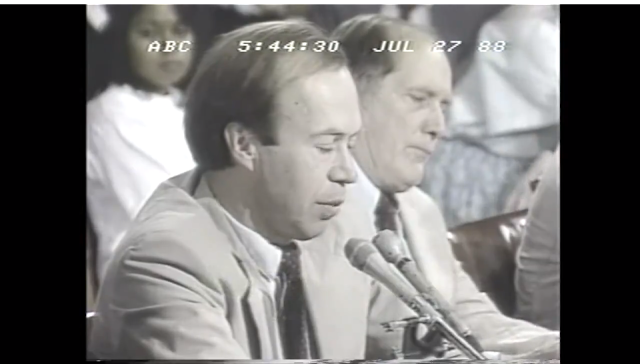 To watch the video GO HERE

This piece reminds us that it is not about CO2 being a “pollutant”, as the brain-dead denialists say. It is about a delicate balance – too little and we freeze; too much and the planet fries.

The Greenhouse Effect explained in 1988

If you are feeling a sense of déjà vu about the forthcoming climate conference in Paris, it's because this is the 21st time nations of the world have met to seek agreement on how to stabilise the atmosphere and prevent dangerous climate change.

The possibility that rising levels of carbon dioxide could alter the Earth's temperature balance has been known for more than a century, but it wasn't until 1987 and the release of a major United Nations report on sustainable development, "Our Common Future", that global warming was identified as one of the most serious challenges facing humanity.

This explainer on CO2 and the greenhouse effect was produced by ABC TV's Quantum program the following year.

It's interesting to watch it again today, because even then, people had begun to suspect that something unusual was happening to the world's climate. Some of the questions posed in the story still seem very familiar. How much of the changes to the climate are due to natural variation and how much are to do with human activities?

In 1992 an international treaty was drawn up with the goal to stabilize atmospheric greenhouse gas concentrations at a level that would prevent dangerous effects on the world's climate systems. The 196 parties who signed it have since meet regularly to assess progress. The 2015 Conference of the Parties (COP 21) in Paris will run from November 30 to December 11.

The goal now is not to prevent global warming, but to limit it to less than 2 degrees Centigrade. According to the OECD, in order to have a 50 per cent probability of reaching that goal, CO2 levels need to be limited to no more than 450 parts per million.