A great bit of grassroots activism.

The truth however (and my partner was at court today) is that the government is about doing nothing and Paris is purely about the "new economy" (vs the "old economy). It is about keeping the economy going at all costs (introducing "alternative" energies - oil derivatives - while digging everything out of the ground while the planet burns.

Everyone is lying about the situation, including the Greens. Perhaps, above all, the Greens.

I remember being "persuaded" by a Green researcher who told me with a straight face that the message needs to be 80% "positive" - otherwise the plebs won't vote for them. In other words, they need to LIE

That was the end of my 20-year membership of the Green Party.

Large-scale population displacement, and food and water shortages, will result if efforts to reduce greenhouse gas emissions are unsuccessful, a lawyer for a Hamilton student has told the High Court.

Law student Sarah Thomson is challenging the government over the way this country's climate targets have been set, in the first case of its kind in New Zealand. 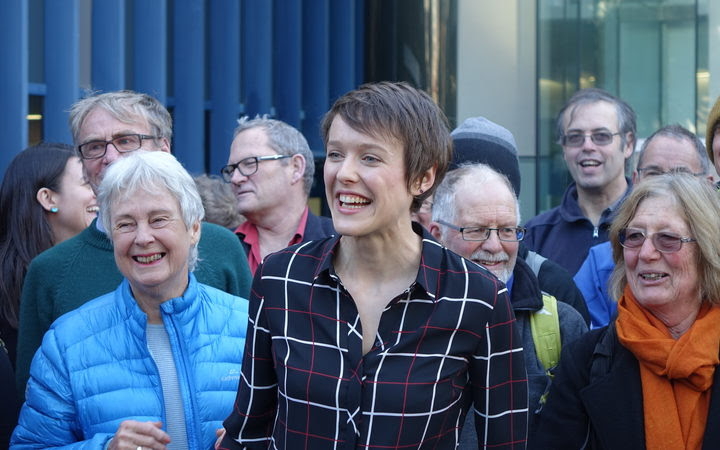 Sarah Thomson, at centre, with supporters outside the High Court in Wellington. Photo: RNZ / Emile Donovan

About three-dozen banner-carrying protestors lined the street outside the High Court to support Ms Thomson's cause. Representatives of climate action groups spoke to the crowd about the importance of the legal action, and the precedent it set in holding governments to account.

Ms Thomson's lawyer, Davey Salmon, told the court this morning the effects of climate change painted a grim picture for the world's geo-stability.

He said the worst effects would occur when tens of millions of people sought to migrate to other countries because they lacked food and water.

Mr Salmon said the case was not about lobbying, but was an orthodox judicial review proceeding in which there were few actual disputes.

He said the Minister for Climate Change Issues had failed to reset New Zealand's targets under the Paris climate agreement as required.

The accord, in December 2015, agreed a long-term goal of keeping the increase in global average temperatures to below 2°C above pre-industrial levels.

Mr Salmon said New Zealand's 2050 target for emissions reduction had not been revisited, but the reasons why it should be are largely-self-evident.

He said the plaintiff's case was that the decision made was unreasonable and those making it proceeded from the wrong starting point.

The case is set down for three days.

New Zealand has committed to reducing emissions by 11 percent on 1990 levels by 2030 as part of the Paris agreement. However, New Zealand's most recent greenhouse gas inventory shows emissions in 2015 were 24.1 percent higher than 1990 levels.

Gross greenhouse gas emissions from human activity for 2015 were 80.2 million tonnes of carbon dioxide equivalent, compared with 64.6 million tonnes in 1990. 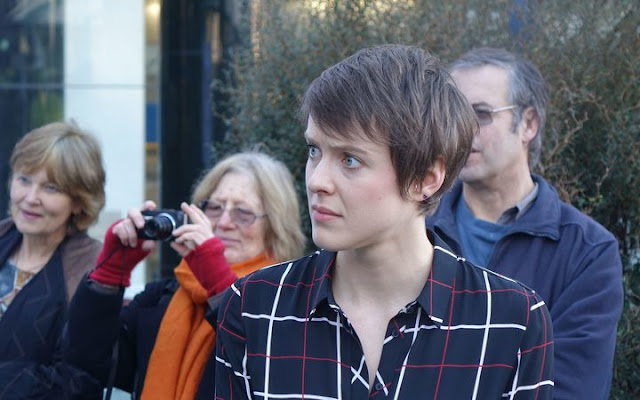 The government recognises the need for every country to act to stabilise greenhouse gases and prevent the consequences of climate change, crown lawyers have told the High Court in Wellington.
Posted by seemorerocks at 16:43