I would like to acknowledge my sources - Torstein Viddal, Sam Carana and Harold Hensell - along with the Arctic Sea Ice Blog - with gratitude

Methane close-up of Kara and Laptev Sea. Over 2000 ppb readings. I have been dreading this and now it is happening.

Very high concentrations of methane hydrates are in the Laptev Sea. Free methane is also in this area. It is stored in high-pressure pools under the frozen safety zone

There are also cracks in the tectonic plates that give inorganic geologic methane a route to the surface.

The cracks have been plugged by ice.

I will monitor this closely to see if the excessive methane is locally persistent or if it is methane drift from the Kara Sea. 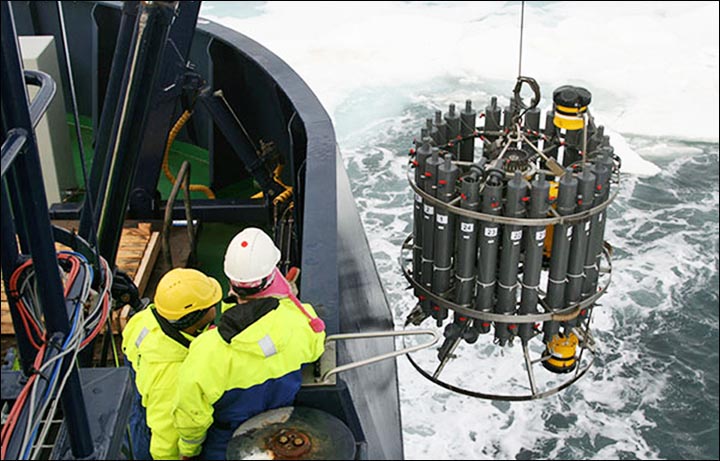 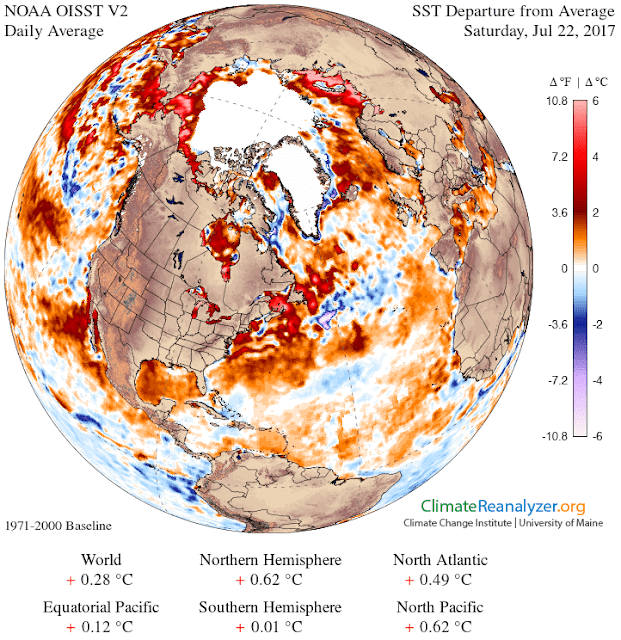 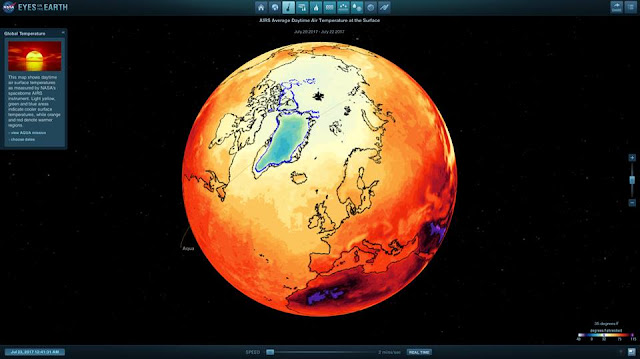 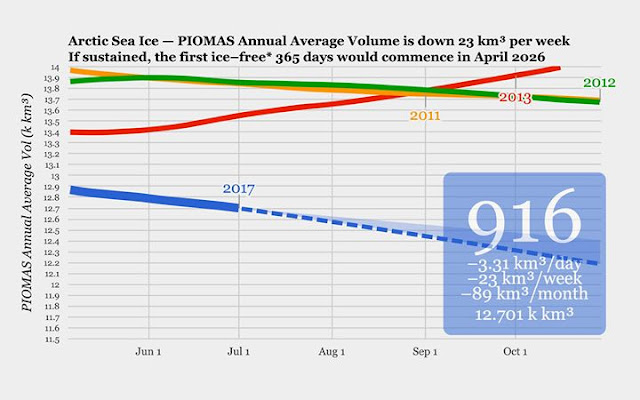 Could we really lose all Arctic Sea Ice — not just in summer but even winter and all seasons — by as early as 2026? That appears to be the speed at which we lose *Annual Average* sea ice volume in the Arctic this summer.

The posted plot, as well as a handful of others, is now explained and narrated in this latest Winter Blue Ocean Update — 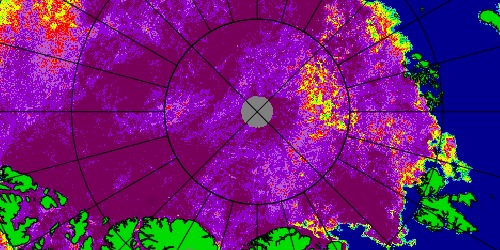 «Now, HYCOM is back online, again It still looks terrifying. Without Nuclear Winter- that Ice could be Toast by September. And all Forests in the NH, also.» 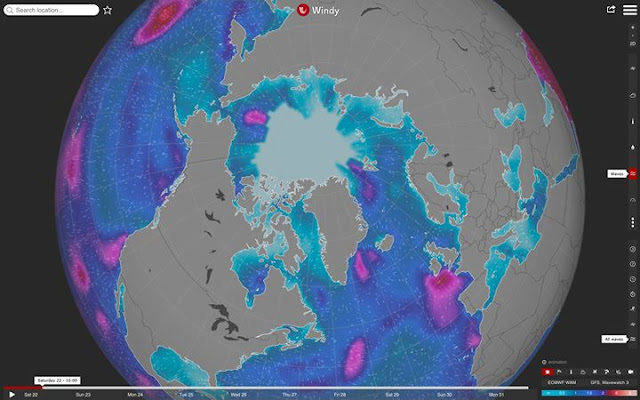 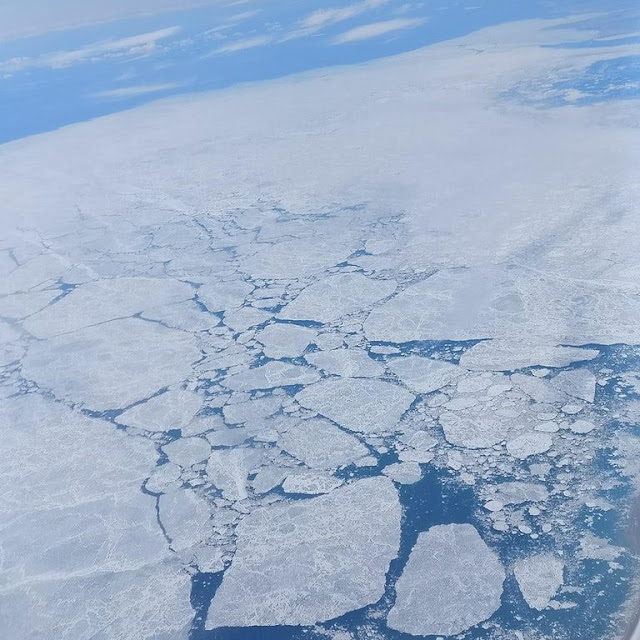 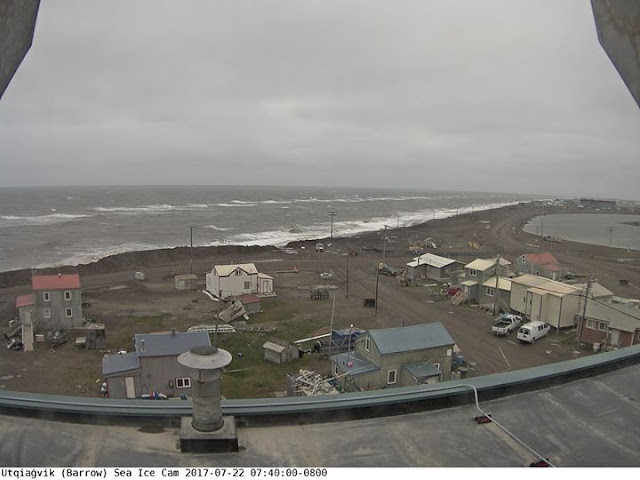 «A view of the waves currently breaking on the shore at Utqiaġvik (Barrow as was):» 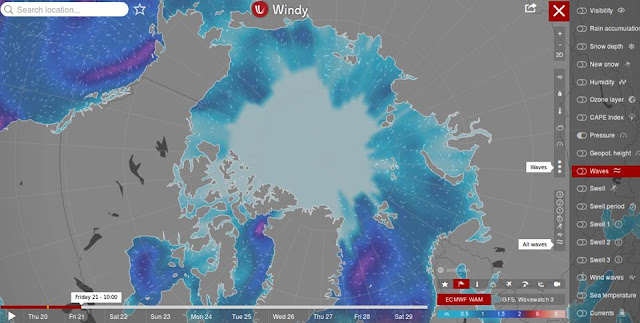 «Windy TV predict persistent waves around 2m north of Svalbard this week while warm air is drawn over the Atlantic sector. Also plenty of waves on the Pacific front at various times
I'm not sure how this is determined but it's scary how far into the pack the model sees waves propagating»
[ http://forum.arctic-sea-ice.net/…/topic,1834.msg121570.html… ]

Meaning no more ice left to melt, I presume. 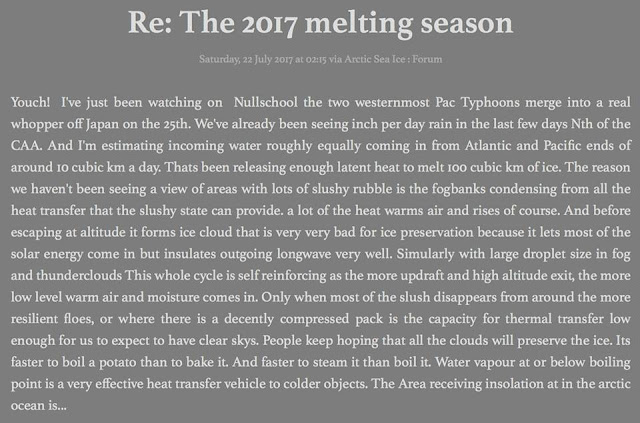 «We've already been seeing inch per day rain in the last few days Nth of the CAA.

And I'm estimating incoming water roughly equally coming in from Atlantic and Pacific ends of around 10 cubic km a day.

That's been releasing enough latent heat to melt 100 cubic km of ice. The reason we haven't been seeing a view of areas with lots of slushy rubble is the fogbanks condensing from all the heat transfer that the slushy state can provide. a lot of the heat warms air and rises of course.

And before escaping at altitude it forms ice cloud that is very very bad for ice preservation because it lets most of the solar energy come in but insulates outgoing longwave very well.

Simularly with large droplet size in fog and thunderclouds This whole cycle is self reinforcing as the more updraft and high altitude exit, the more low level warm air and moisture comes in.

Only when most of the slush disappears from around the more resilient floes, or where there is a decently compressed pack is the capacity for thermal transfer low enough for us to expect to have clear skys.

People keep hoping that all the clouds will preserve the ice. Its faster to boil a potato than to bake it.

And faster to steam it than boil it.

Water vapour at or below boiling point is a very effective heat transfer vehicle to colder objects.»

The age of the ice is represented in shades of blue-gray to white, with the brightest whites representing the oldest ice. In September 1984, there were 1.86 million square kilometers of old ice (5 years or older) spread across the Arctic at its yearly minimum extent. In September 2016, there were only 110,000 square kilometers of older sea ice left. Original post on NASA

According to NASA, the ice meltdown in the Arctic has been nothing but heart breaking. If you care a tiny bit about climate change, you’ve probably seen the arctic ice cover shrinking in an animation or video or something. Yet what you are about to see below is many times more alarming.


Yep, something stinky has hit the fan; and more of it is hitting and the fan is spinning ever faster.


Fingers crossed for those last, unwitting polar bears. Hope they will pray for us when they get to heaven!
Posted by seemorerocks at 18:28