I did this article based on figures from Saturday. Now we stand at almost DOUBLE that figure.

I was making the case that we have community transmission. Now the government has made that admission and is moving over 48 hours to level 4 I no longer feel the need to criticise to nearly the same extent and I can get behind the government.


What I heard from Jacinda Adern just a while ago is about as good as it gets from a government.

The day started with a petition from an epidemiologist being circulated. 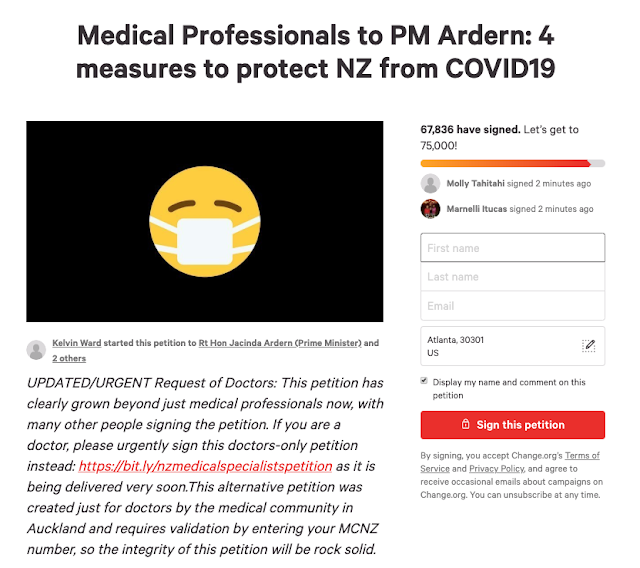 Then the former government science advisor, Sir Peter Gluckman weighed in on the argument.

Then at midday we learned that we have 32 more cases which takes us to DOUBLE the number of confirmed cases in TWO DAYS.

102 cases does not seem that much but if translated into the population of the United States the figure becomes over 10,000 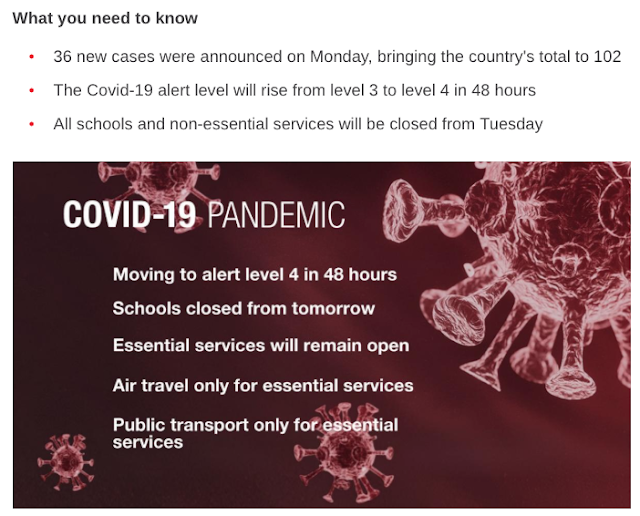 I have updated the figures I did 2 days ago: 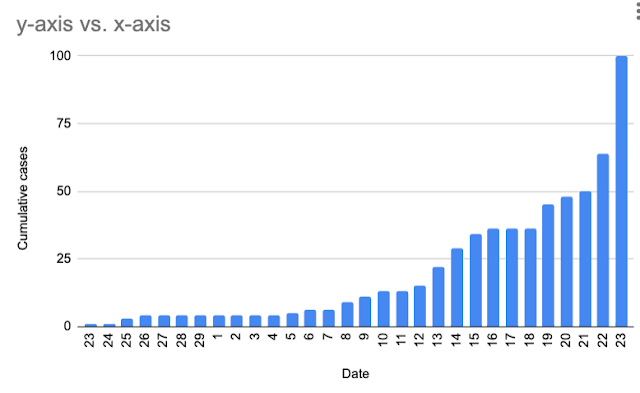 I have updated my graph to take into account the last two day's data.

There is a small degree of distortion here in that, until the last two days, I had to take the MoH data and painstakingly go through the data and enter it according to what flight people were in.

From now on the figures will be reported cases by date.


If we weren't before we are in exponential growth now!

The Ministry of Health (MoH) has revealed there are 36 new cases of Covid-19 in New Zealand, bringing the total to 102.

More than half are directly related to overseas travel, Director-General of Health Dr Ashley Bloomfield said.

"So these are people who have returned to New Zealand recently and have become symptomatic, been tested and confirmed as cases of Covid-19. Most of the remaining cases are close contacts of a previously confirmed case or are associated with an event where there were confirmed cases already, for example, the Hereford Cattle conference in Queenstown."

There were still two cases - in the Wairarapa and Auckland - that could not be linked to overseas travel and are being treated as community transmission.

Contacting tracing efforts were being ramped up and the ministry was expecting more cases, Dr Bloomfield said.

"We have expected them because we have had people returning from a range of places around the world that have higher rates of Covid-19 and the important thing of course is that we find these cases, we isolate them, we identify close contacts and we isolate those people too."

The Ministry of Health's new team to contact trace can do 50 new cases a day and Dr Bloomfield said this was on top of the previous MoH team.

Read more about the Covid-19 coronavirus: