Hal Turner: The US Military has begun operations inside the United States 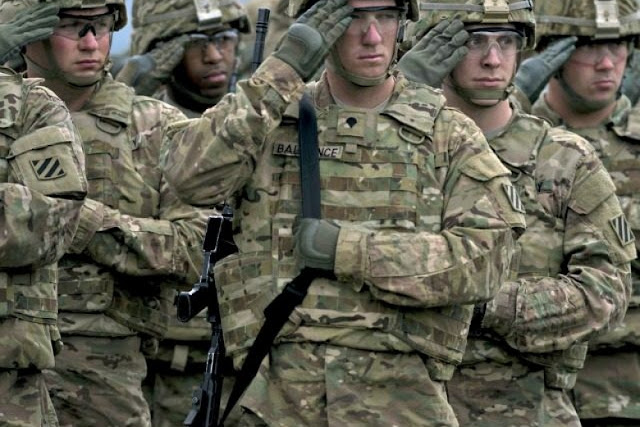 The US Military has begun operations inside the United States and for the first time in the modern history of the United States, the Department of Defense has been given standby orders to ensure the “continuity of government”, in response to the COVID-19 pandemic.

These extraordinary measures, which include evacuating White House officials to remote quarantined locations, and devolving the nation’s leadership to “second-tier officials”, were originally meant for the aftermath of a nuclear war.

“Above-Top Secret” contingency plans are now in place, in case the nation’s Constitutional power successors are incapacitated by the pandemic. Standby orders have been issued for a series of plans under the US Northern Command (NORTHCOM), which was created in response to the 9/11 attacks as a homeland defense military authority.

These operations are codenamed OCTAGON, FREEJACK and ZODIAC, and include CONPLAN 3400 (homeland defense if the US itself is the battlefield), CONPLAN 3500 (defending civil authorities in an emergency), and CONPLAN 3600 (defending the National Capital Region from an attack). The Defense Secretary, Mark T. Esper, has authorized NORTHCOM to “prepare to deploy” in support of these “potential extraordinary missions”. These include “the possibility of some form of martial law”, where military commanders would be given executive powers across the US until a new civilian leadership would emerge.

An added complication to these plans is that the military itself is vulnerable to the coronavirus pandemic, which makes for “extraordinary circumstances.” In recognition of this vulnerability, the Department of Defense has instituted unprecedented restrictions for off-base activities of military personnel. Having first banned overseas travel, the Pentagon is now keeping all uniformed personnel on or nearby military bases across the country and the world.

Several other national security agencies are following the Pentagon’s contingency plans, and that continuity personnel at the White House are “readying [for an] evacuation.” 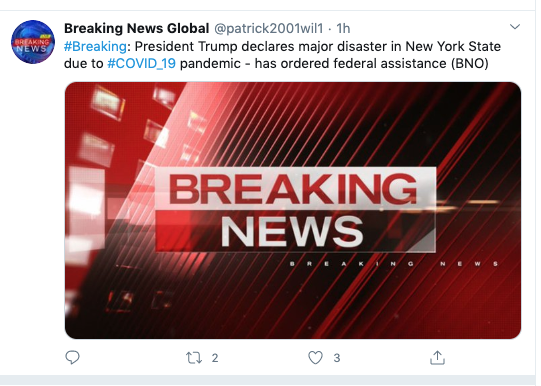 
Gov. Andrew Cuomo announced Friday that 100 percent of non-essential work forces are now required to stay home, calling it "the most drastic measure we can take" as he said the entire state of New York was "on pause."

Two days ago, that decree applied to 50 percent of the non-essential work force. A day ago, it rose to 75 percent. Now it's practically everyone; Cuomo said the escalation of the numbers gave him no choice but to further control density. The new order goes into effect as of 8 p.m. Sunday.

"This is not life as usual. Accept it. Realize it. And deal with it," Cuomo said. He asked the public to "remain indoors to the greatest extent possible to protect physical and mental health. Your actions can affect my health; that's where we are. We are all in quarantine."

As of Friday morning, New York state's COVID-19 cases had surpassed the 7,100 mark, accounting for nearly half of all confirmed cases in the country. Cuomo said New York City had more than 4,400 cases, adding nearly another 2,000 overnight for the second time in as many days. Less than three hours after later, a city spokesman said the total had risen to 5,151.

Right now, the five boroughs account for more than 28 percent of all cases in America. Dozens have died.

Effective immediately, non-essential gatherings of any size are banned and strict social distancing -- maintaining at least a 6-foot distance from others in public -- must be obeyed. Public transportation will keep running to get nurses, doctors, law enforcement officers, and other essential personnel where they need to go. Everyone else is asked to use mass transit only if absolutely necessary.

"I strongly support what he's doing," Dr. Anthony Fauci, director of the National Institute of Allergy and Infectious Diseases, said at a White House news conference Friday. "I know what New Yorkers can do. We're tough." 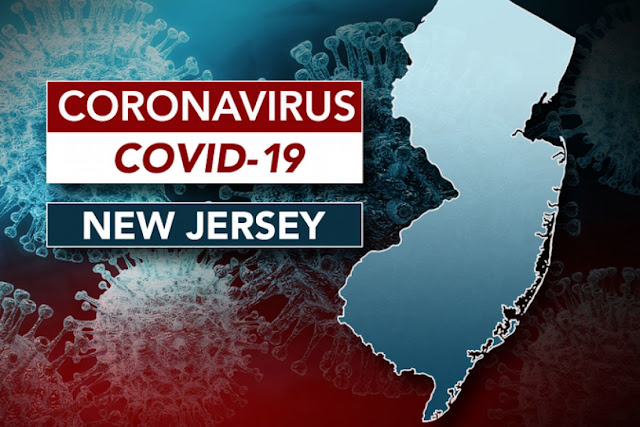 The number of coronavirus cases across New Jersey continues to climb daily, Gov. Phil Murphy said Thursday, as he ordered additional business closures.
Murphy announced there are at least 742 positive tests, including nine deaths in the New Jersey during a Thursday afternoon briefing.

All public and private schools and colleges had to close by Wednesday. Bars and restaurants can only offer take-out or delivery, while other businesses deemed non-essential have to close by 8 p.m. Movies theaters, malls, fitness centers and amusement areas were also closed earlier this week along with casinos and racetracks.

Kohl’s temporarily closed its approximately 1,100 stores in the country at 8 p.m. Thursday. There are 38 locations in New Jersey. The TJX Companies, which includes TJ Maxx, HomeGoods, Marshalls and Sierra, made a similar announcement it was closing all stores for two weeks.

New Jersey-based Bed, Bath & Beyond also announced early Friday that it would close 800 stores nationally, while keeping open locations that carry essential supplies like cleaning products. The 800 stores closing “do not carry meaningful amounts of these supplies,” the company said.

Family loses 4th member to coronavirus: A fourth member of a large New Jersey family has died of coronavirus. Three adult siblings - two men and a woman - as well as their mother have died in the past week. Three other family members remain hospitalized - two in critical condition.

Three deaths associated with nursing homes: It’s likely three of the at least nine people confirmed to have died from the coronavirus in the state were living at either nursing homes or assisted-living facilities in Essex and Hudson counties, officials said.

Additionally, officials say at least six nursing homes and long-term care facilities around the state have patients that have tested positive for the virus.