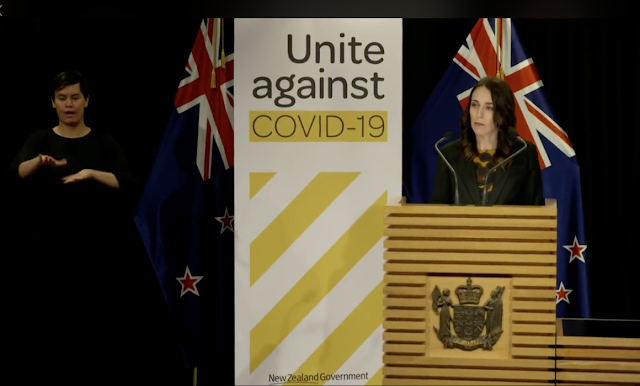 As Covid-19 spreads around the world, it can be daunting keeping up with the information. For RNZ, our responsibility is to give you verified, up to the minute, trustworthy information to help you make decisions about your lives and your health. We'll also be asking questions of officials and decision makers about how they're responding to the virus. Our aim is to keep you informed.

New Zealand is now in a State of National Emergency, after 50 new cases of the Covid-19 coronavirus were confirmed today, bringing the total to 205.

Government officials have given an update on the the Covid-19 national response, the latest health update, border issues and an essential services update.

Director General of Health Dr Ashley Bloomfield said there were now 205 confirmed and probably cases, and there had been a total of 9780 tests undertaken so far.

Dr Bloomfield said there were five confirmed cases "within the community in one school" - Marist School in the Auckland suburb of Mount Albert. The school has been closed all week and all students and staff are in isolation and being treated as close contacts.

A number of staff are being tested as they are presenting with symptoms.

Six people are in hospital throughout the country. All are in a stable condition, none of them are in ICU. Three of those people are in Wellington hospital.

Dr Bloomfield said he expected the numbers to increase for at least the next 10 days.

The country is preparing to go into a full lockdown for alert level 4 from 11.59pm tonight, for a minimum of four weeks.

Civil Defence Emergency Management director general Sarah Stuart-Black said a state of national emergency was declared at 12.21pm, and applied to all of New Zealand - including the Chatham Islands, Stewart Island and other inhabited islands.

A nationwide mobile alert will be issued to all New Zealanders between 6-7pm tonight.

The State of Emergency legislation allows it to be in place for seven days and can be extended, said Stuart Black.

In a state of emergency, authorities will have powers that are not normally available to them, such as the possibility of military patrols.

She said there would be no tolerance for people who do not self isolate.

Dr Bloomfield said police would announce either later today or tomorrow what the consequences for people flouting the self isolation rules would be.

But he said people who go hunting or get into situations where they might need rescuing were taking people from the front line in the fight against Covid-19.

Listen to the Prime Minister HERE

Posted by seemorerocks at 15:57