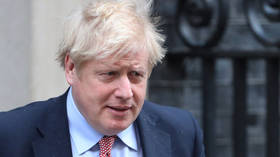 British Prime Minister Boris Johnson has tested positive for Covid-19 infection, experiencing mild symptoms. He will self-isolate in Downing Street but will remain in charge of the government.

"Over the last 24 hours I have developed mild symptoms and tested positive for coronavirus," Johnson said.

"I am now self-isolating, but I will continue to lead the government’s response via video-conference as we fight this virus."

It was not immediately clear when he was tested but various members of his staff had been working elsewhere when the news first emerged that he had contracted the illness.

The British leader had spoken in a press conference about shaking hands with “everybody” during a visit to a hospital that was treating people suffering from the disease, which has killed over 24,000 people around the world, according to Johns Hopkins University.

Less than two hours after Johnson announced his diagnosis, health secretary Matt Hancock followed suit and confirmed that he has the disease. Hancock is self-isolating and working from home as he battles the virus.

Downing Street had introduced measures to limit contact, including holding cabinet and the daily Covid-19 briefing by conference call.

However, Johnson was in the UK parliament in recent days and also hosted several senior cabinet figures and the chief medical officer, Professor Chris Whitty.

For the time being, Johnson will continue to carry out his duties, but Secretary of State for Foreign Affairs Dominc Raab may be asked to step in should the prime minister's condition worsen. Were he to step in, Raab’s official title would be Understudy to the Prime Minister.

The latest figures show that the UK has over 11,800 confirmed cases of coronavirus infection which has, so far, resulted in the deaths of 578 people.

The news of the prime minister's illness comes amid claims that the UK's National Health Service (NHS) is facing a "continuous tsunami" of infection and may soon collapse. The chief executive of NHS Providers, Chris Hopson, said Intensive Care Units across the country are filling up and staff absences due to illness are mounting. 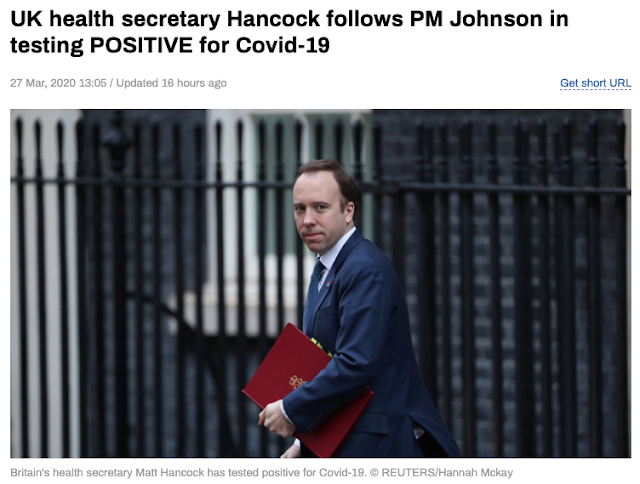 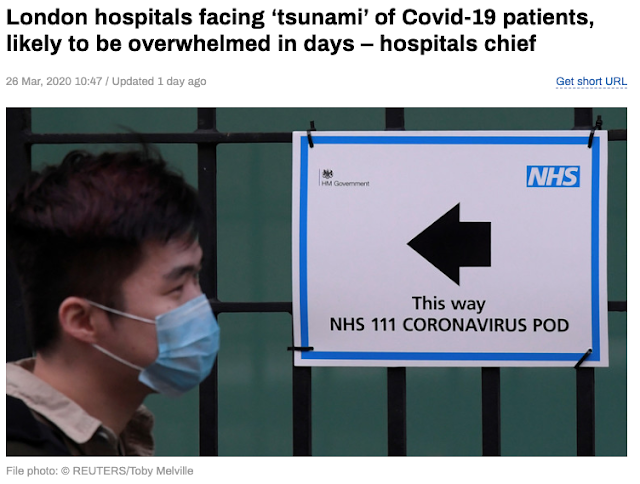 https://www.rt.com/uk/484149-london-hospitals-tsunami-coronavirus/
Posted by seemorerocks at 19:32