SHUT DOWN for 18 Months
Can stop Virus 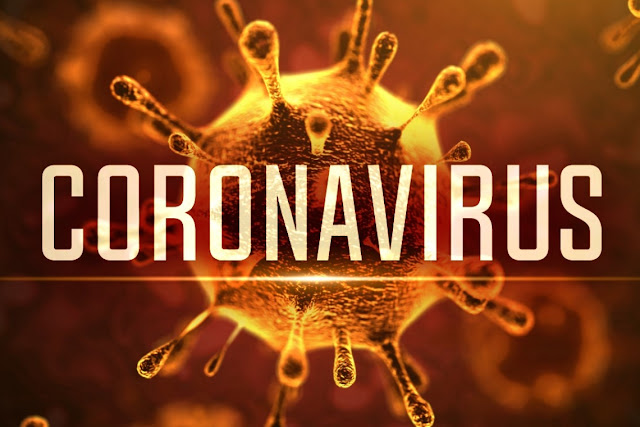 A Report by the Imperial College of London says millions of us will die and that health systems will be overwhelmed by Coronavirus, WITHIN 3 MONTHS. To mitigate the disaster of this outbreak, new measures need to go into place immediately.  18 Months SHUTDOWN!

The Imperial College team plugged infection and death rates from China/Korea/Italy into epidemic modeling software and ran a simulation: what happens if the US does absolutely nothing — if we treat COVID-19 like the flu, go about our business, and let the virus take its course? Here’s what would happen:

80% of Americans would get the disease.

Between 4 and 8 percent of all Americans over the age of 70 would die. 2.2 million Americans would die from the virus itself.

It gets worse. People with severe COVID-19 need to be put on ventilators. 50% of those on ventilators still die, but the other 50% live. But in an unmitigated epidemic, the need for ventilators would be 30 times the number available in the US. Nearly 100% of these patients die.

So the actual death toll from the virus would be closer to 4 million Americans — in a span of 3 months. 8-15% of all Americans over 70 would die.

How many is 4 million people? It’s more Americans than have died all at once from anything, ever. It’s the population of Los Angeles. It’s 4 times the number of Americans who died in the Civil War…on both sides combined.

Americans make up 4.4% of the world’s population. If we extrapolate these numbers to the rest of the world (warning: Margin of Error is high here), this gives us 90 million deaths globally from COVID-19, in 3-6 months.  1.5 times as many people as died in all of World War II.

Now, of course countries won’t stand by and do nothing. So the Imperial College team ran the numbers again, this time assuming a “mitigation” strategy: all symptomatic cases in the US in isolation. Families of those cases quarantined.

All Americans over 70 social distancing.

This mitigation strategy is what you’ve seen a lot of people talking about when they say we should “flatten the curve”: try to slow the spread of the disease to the people most likely to die from it, to avoid overwhelming hospitals. It does flatten the curve — but not nearly enough. The death rate from the disease is cut in half, but it still kills 1.1 million Americans all by itself. The peak need for ventilators falls by two-thirds, but it still exceeds the number of ventilators in the US by 8 times.

That leaves the actual death toll in the US at right around 2 million deaths.

Suppression works! The death rate in the US peaks 3 weeks from now at a few thousand deaths, then goes down. We hit but don’t exceed the number of available ventilators.

The nightmarish death tolls from the rest of the study disappear.

But here’s the catch: if we EVER relax suppression before a vaccine is administered to the entire population, COVID-19 comes right back and kills millions of Americans in a few months, the same as before.

After the 1st suppression period ends in July, we could probably lift restrictions for a month, followed by 2 more months of suppression, in a repeating pattern without triggering an outbreak or overwhelming the ventilator supply. Staggering breaks by city could do a bit better.

But we simply cannot EVER allow the virus to spread throughout the entire population in the way other viruses do, because it is just too deadly. If lots of people we know end up getting COVID-19, it means millions of Americans are dying. It simply can’t be allowed to happen.

How quickly will a vaccine be here? Last week three separate research teams announced they had developed vaccines. Yesterday, one of them (with FDA approval) injected its vaccine into a live person, without waiting for animal testing.

That’s an extreme measure, but necessary.

Assuming the vaccine is safe and effective, it will still take several months to produce enough to inoculate the global population. For this reason, the Imperial College team estimated it will be about 18 months until the vaccine is available.

During those 18 months, things are going to be very difficult and very scary. Our economy and society will be disrupted in profound ways. And if suppression actually works, it will feel like we’re doing all this for nothing, because infection and death rates will remain low.

It’s easy to get people to come together in common sacrifice in the middle of a war. It’s very hard to get them to do so in a pandemic that looks invisible precisely because suppression methods are working.

But that’s exactly what we’re going to have to do according to the Imperial College of London.
***** BULLETIN *****

I received a phone call after my radio show tonight telling me SUNDAY is "the big day."  According to this source, SUNDAY will be when the government announces "something huge."   Perhaps a full lockdown of the United States . . .  effective Monday.  No travel without special permits to allow it.   Have NOT been able to confirm this with anyone yet, just passing it along because if it is true, time is short and folks may need final "preps."

I also received a second call from another source, reminding me that "Q" told us quite awhile ago  "3-20-20  Prepare for the storm" and several persons have pointed out to me over the past couple weeks that the number of sealed federal indictments seems to miraculously coincide with areas of  this country going on lockdown.

Not sure if that means the swamp is about to get drained, but having people locked safely at home might be a very opportune time to make the mass arrests of the child-rapists, their ring leaders and the filthy creatures of "The Swamp."   Today being 3-20-20, I remind folks to Prepare for the storm! 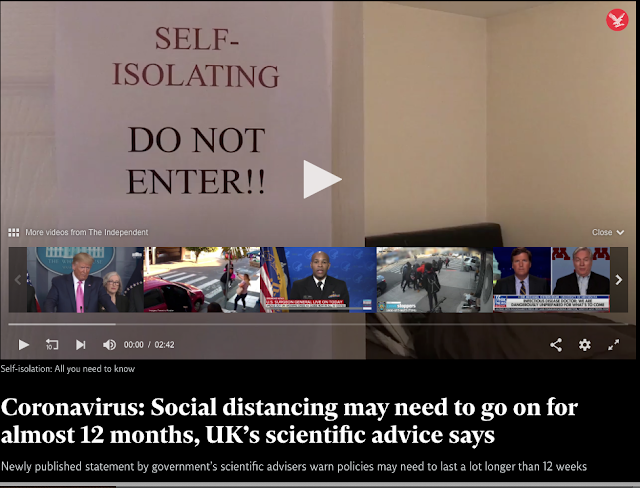