Everyone bellyaches about there being “no summer” ( would they prefer to cross the Tasman?). Now, it appears to be setting in.
NZ Farmers, wildlife and residents alike face water shortages as regions dry up fast 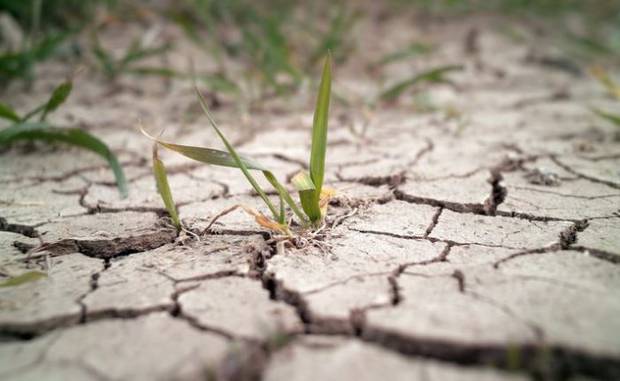 Councils in affected areas are assembling dry-weather crews, farmers are now giving extra feed to stock, and Northland kiwi birds are now struggling to feed on hard-baked soil, where the dry weather has lingered longer than usual.

Dairy farmer and kiwi conservationist Jane Hutchings said in her 30 years in the area, summer is either saturated by cyclones, or parched dry.

Right now it is the latter, and the kiwi population is struggling.

"Parts of Northland they're really struggling with how hard the ground is, so the young birds - they physically can't probe the ground for bugs, which go deeper if it's dry.

"So we're getting a few kiwis turning up either dehydrated, hungry or starving."

Kiwis get most of their water from what they eat.

Hutchings said in some areas they were beginning to drown in water troughs and ponds they're trying to drink from, and can't get out of.

She said land owners were now being advised to keep a look out for thirsty kiwis.

"If you've got water containers out, make sure you've got something in them, so if a kiwi got in, it can get out."

Hutchings suggested a few stones or bricks the birds could use as steps.

Federated Farmers Northland president John Blackwell said annual rainfall in the area is a lot lower than normal, and while it is not the worst dry season he has seen in Northland, the reality of an official drought looms.

"The Rural Support Trust, I'm involved with that and we've all emailed in the situation from different areas. They (support trust) are getting prepared for it, if there is a drought because they're the ones who get the minister up to declare one, so the wheels are in motion towards that," Blackwell said.

Federated Farmers Auckland president Alan Cole said it was shaping up to be the driest summer in three decades. He said it has been an emerging pattern, and water supply was going to be a major challenge for local authorities.

Cole said water for his area came from an already fully subscribed Waikato River. He said it was going to be hard balancing the needs of population growth, against those who need water to grow food.

"Yeah, it is a concern in our area here, especially for market gardening and Auckland's population is expecting another million people at some stage.

"It's a real concern because we need water to grow food."

Government climate data shows that between 1960 and 2016, rainfall levels have decreased continuously in the northern and central North Island at Kerikeri, Whangārei, Tauranga, Taupō and Rotorua.


Water restrictions have now been imposed in parts of Waikato, on irrigators in mid Canterbury and in Tasman, its dry-weather taskforce is to meet today to discuss restrictions.

Dennis Bush-King from the taskforce said the recent dry, windy conditions were set to worsen with no decent rain in the forecast for the next two weeks.

"The river levels of the Waimea have sort of got to a point where we need to start having a conversation about when restrictions will come into place, so we're at that point where we may need to move to Stage one restrictions, which is a 20 percent cut."

Bush-King said that will apply to consent holders, such as irrigators, while householders will face restrictions on watering gardens.

He said it was not unusual for the time of year, and the dry weather is even later than normal.

Waikato Federated Farmers president Andrew McGiven said the heat and wind was beginning to take its toll, but he was not yet hearing of anyone in trouble over it.

"We are certainly starting to brown off quite quickly now, especially with the winds we had about 10 days ago, and now we're starting to get these 30C days, so it's not going to take too long before we start getting into a very dry situation."

North Otago farmers say it is pretty typical where they are - rain before Christmas and hot weather now, while in mid-Canterbury they no longer know what a normal summer is because the weather has become so erratic .