Finally, Britain is leaving the EU on the 31 Jan and it is all being pushed aside by other headlines.

The EU parliament is its usual petulent as they silence Nigel Farage for flying the Union Jack (any signs of national identity are banned under the globalist EU. And the Speaker accused him of "hate speech" for telling the truth about the EU.

The Remainers conflate two issues when they say that they cannot leave the EU because they have a dreadful Tory government in power.  The one has nothing to do with the other - it is up to the British to vote into power they want without Big Brother in Brussels interfering.

I am not one of those who think Britain has a bright future out of the EU. They do not.  However, this is history in the making before the End of History(?) 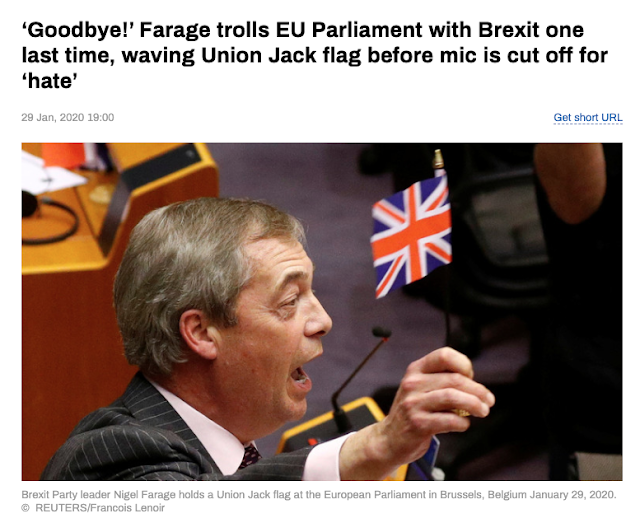 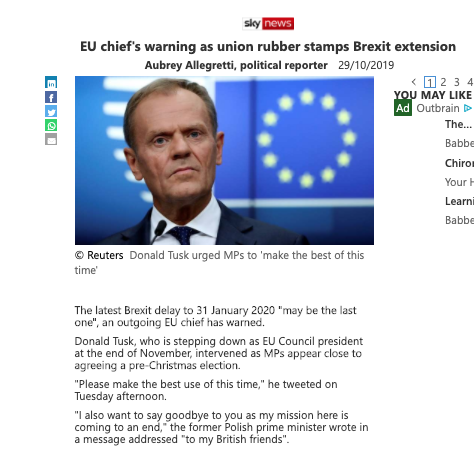 https://www.msn.com/en-au/news/world/eu-chiefs-warning-as-union-rubber-stamps-brexit-extension/ar-AAJyx1Y
Posted by seemorerocks at 12:24