Are people being locked in their own apartments in Wuhan?

Replying to @WilliamYang120
Also, one thing that #China is hiding is the number of death caused by the virus. Credible Chinese media outlet @initiumnews interviewed people working at local cremation centers, confirming that many dead bodies were sent directly from the hospitals to the cremation centers...

amcraftee@amcraftee
Way more serious than they are telling us, be it they are using Bars to LOCK people into their Apartments. Really?!!https://www.youtube.com/watch?time_continue=1&v=5fHe3S_rMq8&feature=emb_logo …

Click on the image to play the video.
WTF? I cannot confirm that is precisely what is going on. But it sure looks like it. If so, people are trapped inside.
In case you don't believe that video, here is a different one. 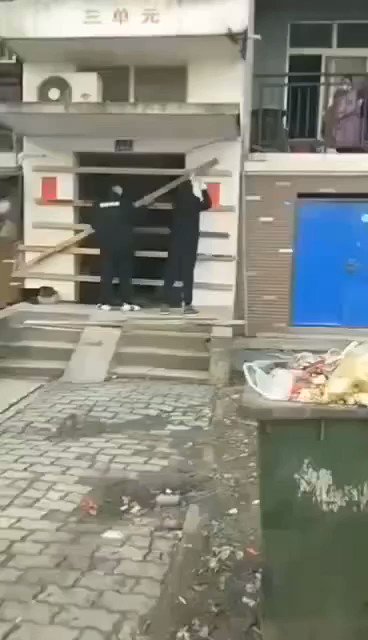 That appears to be an entire building.

The Chief Executive of Hong Kong Special Administrative Region Carrie Lam Cheng Yuet-ngor announced at a press conference on Jan.28th that Hong Kong will suspend individual visit scheme involving 49 Chinese mainland cities. Lam said the ban got the approval from the central government and it aims to combat the spread of the coronavirus-related pneumonia.

According to previous data, individual visit scheme accounts about half of mainland travellers visiting Hong Kong. At the same time, Chinese mainland has suspended tour groups to Hong Kong, which accounts about 20%. The ban will significantly reduce mainland visitors, Lam said.

The city also suspends high-speed rail service to the Chinese mainland. Lam also said all cross-border ferry services would be suspended and the number of flights to the Chinese mainland will be halved. Starting from Jan 30, immigration checkpoints at the city’s high-speed rail station and Hung Hom station will be closed. Passenger traffic at Sha Tau Kok, Man Kam To will be suspended.

The Hong Kong high-speed rail link to China is well and truly a ghost station. Normally crowded facilities were surreally empty. I have a whole train car to myself. HK government is closing the station at midnight. 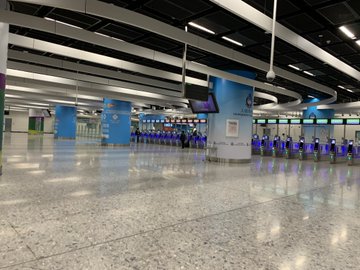 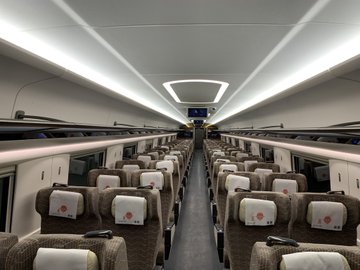 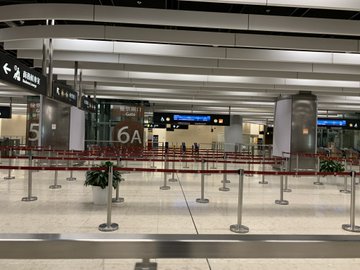 “Well, look, the State Department constantly evaluates risk to travelers,” Pompeo told reporters on Wednesday during a flight to London. “That includes travel advisories that could encompass a wide range of things, including banning travel. All of those things will constantly be under consideration.”
“It appears that this coronavirus has a long incubation period, and asymptomatic persons may be able to transmit the virus,” Sen. Tom Cotton, an Arkansas Republican who has worked closely with Pompeo for years, wrote in a Tuesday letter to the administration. “Given these dangerous circumstances, a targeted travel ban is warranted to protect Americans until we know more about the virus and the outbreak is under control.”