On Dr. Ding and the Wuhan virus as a bioweapon

Is Wuhan virus a CRISPR 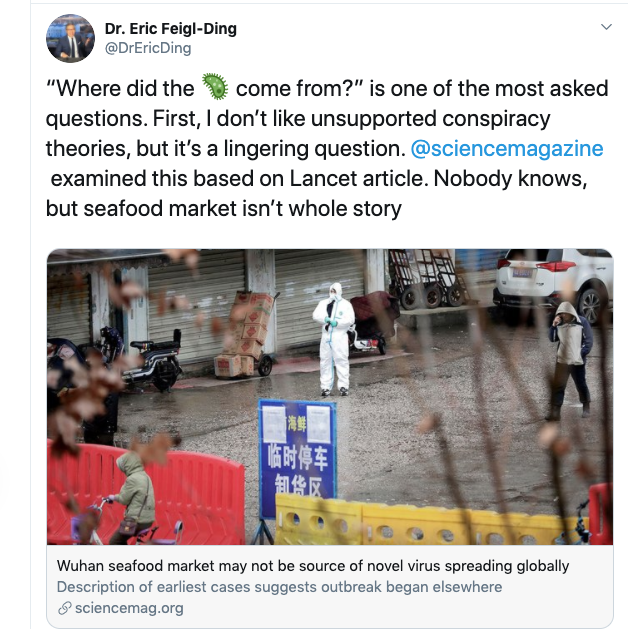 3. The RNA sequences of the #coronavirus isolated from 6 patients from the same household are different from each other (Lancet), sign of the virus evolving. This may not be so good to the ear; it suggests the difficulty of containing this virus”.

As an example, in the Lancet study, the RNA sequences isolated from 6 patients from the same household are different from each other, he noted. Lai said he observed in his previous research the “frequent occurrence of RNA recombination between different coronavirus strains,” a sign of the virus evolving.
=======
Twitter thread explaining where it might have came from & seafood market is not the source : [link to twitter.com (secure)]

It has middle fragment never seen before in any coronavirus. This would be rare because they generally mutate with similarities to something we've already seen.

My read on it is that this has been locked up somewhere like a biolab, allowed to mutate over many generations until it doesn't resemble anything in the wild, then it got accidentally(?) released.

Does China's massive QUICK response to this at the very early stages indicate that they were aware of just how dangerous this was -- because they were the ones working on it?

Unprecedented city lock downs, secrecy, etc. You got to wonder.

Does anyone know if bioweapons are chosen that mutate often or is it desirable to use one that rarely mutates?

Most bioweapons seem to be bacterium. The two popular viruses are smallpox and Ebola. However, in my research I see THIS from 2017:

Could CRISPR be used as a biological weapon? 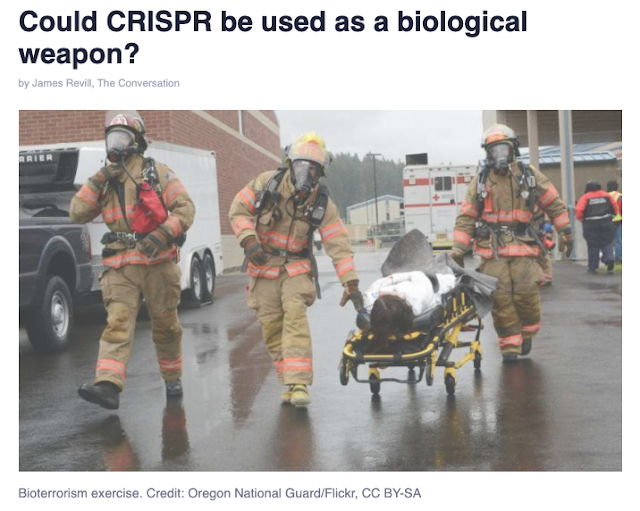 There are good reasons for the widespread attention to CRISPR. The technique allows scientists to "cut and paste" DNA more easily than in the past. It is being applied to a number of different peaceful areas, ranging from cancer therapies to the control of disease carrying insects.

Concerns are also mounting that gene editing could be used in the development of biological weapons. In 2016, Bill Gates remarked that "the next epidemic could originate on the computer screen of a terrorist intent on using genetic engineering to create a synthetic version of the smallpox virus". More recently, in July 2017, John Sotos, of Intel Health & Life Sciences, stated that gene editing research could "open up the potential for bioweapons of unimaginable destructive potential".