What’s going on in the South Pacific? 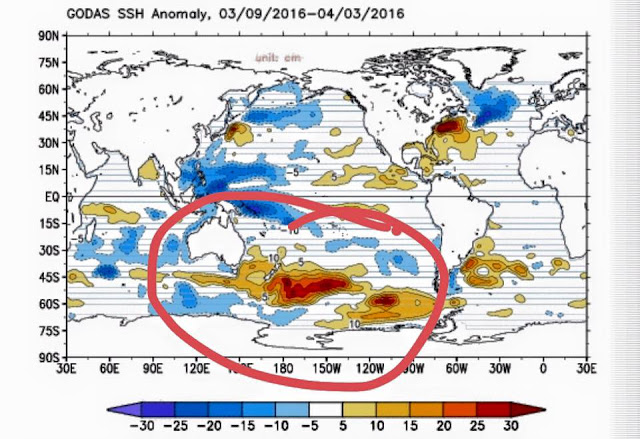 What's going on in the South Pacific? The heat blob is so big that it now dwarves the El Niño. The SP hosts by far the largest sea surface anomaly on Earth, comprising 11 million km3 of sea surface that's about 30cm higher than normal (ocean heat). In addition, nearly the same area "blob" is sporting +2.5C temperature anomalies. That's about 5 times the size of the "hot blob" off the North American coast last year that spawned record forest fires through the northwest US and Canada.

Is the Southern Hemisphere about to get baked during its winter? Look at Paraguay, it now has the highest misery index on the planet. 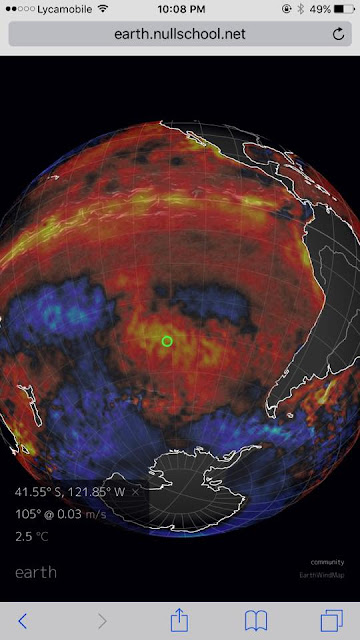 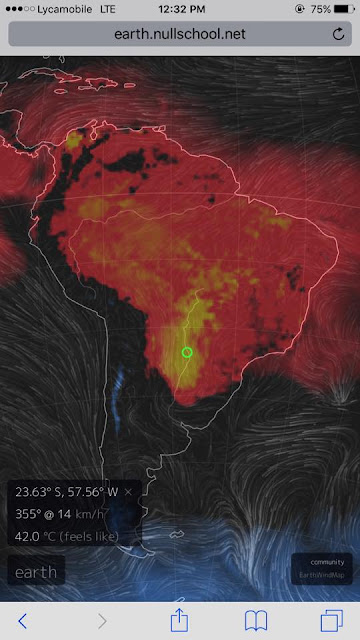 Interestingly, the Climate Reanalyzer does not show sea temperature anomalies off South America 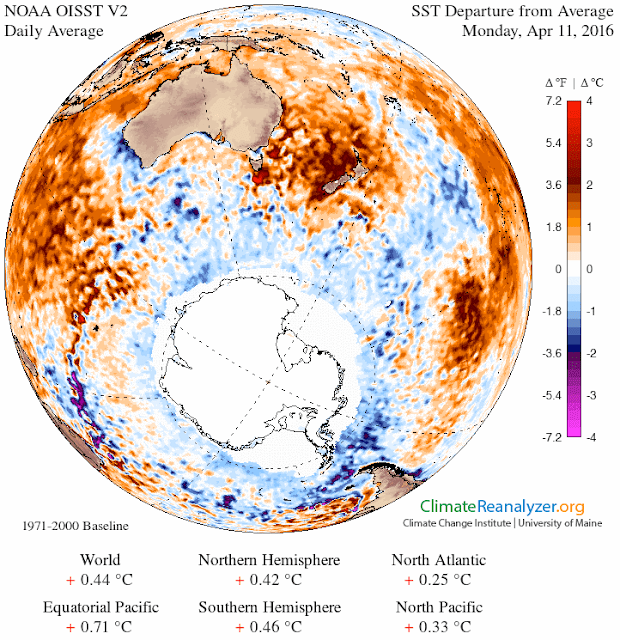