The western press likes to repeat ad nauseum like a mantra that there is no free press in Russia and it is government control.

Here is Putin talking to two liberals, Venediktov and Vladimir Kulistikov who represent American interests in Russia if anyone does.

Yet here is Putin talking to them both during his time as PM of Russia,

Both these gentlemen are still there, as strong as ever, representing the same point-of-view without any of the official sanction that is alleged by the Guardian, BBC et. al.

I will be interested to see our PM, Key, talking to one-to-one with any of the dissidents he so despises in this country 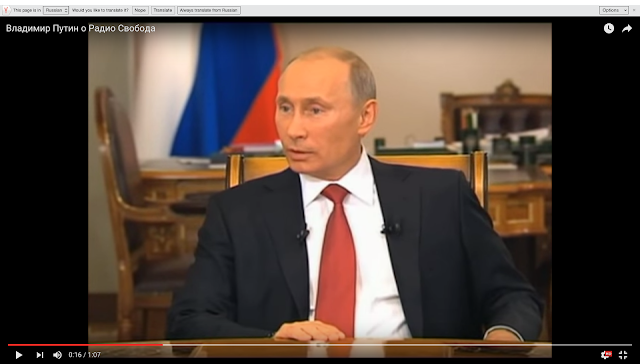 A MUST WATCH! This video was restricted on Facebook!

The first one: Vladimir Putin as Prime Minister of Russia in January 18, 2012 at the meeting with Russian media chiefs was talking to Alexei Venediktov, an editor-in-chief and host at the Echo of Moscow radio station, president of the Echo TV Russia (These media outlets are pushing American interests in Russia).

Note: that time Vladimir Putin was Prime Minister and Dmitry Medvedev was President of Russia.

The second excerpt: Vladimir Putin as Prime Minister of Russia in October 15, 2011 at the meeting with the nation's three main television channels at the Novo-Ogaryovo state residence (outside Moscow) talking to Vladimir Kulistikov, head of Russia's national TV channel NTV (before, Kulistikov was working for CIA-funded 'Radio Liberty' involved in spying activities in the former Russia - USSR).


Vladimir Putin to Kulistikov: Dear Vladimir Mihailovich, you are the head of a major media outlet – NTV, a national television channel. But there was a time, if I’m not mistaken, when you worked for Radio Svoboda (Radio Liberty).

Vladimir Kulistikov: Yes, there was such a time.

Remark from the third person: It’s a black stain on his reputation.

Vladimir Putin: It’s not the matter of black or white. . . .

Vladimir Kulistikov: I did not say that. Somebody else did.

Vladimir Putin: In any case, you used to work there. And when I worked for the KGB, we viewed Radio Liberty as a branch of the CIA. Of course, it was only a propaganda arm, but still. Anyway, such an attitude towards that station was not unfounded. It was funded by the CIA and, what’s more, it was even involved in spying activities in the former USSR. Today, the situation has changed, but still, no matter how you look at it, Radio Liberty is a media outlet that expresses the views of a foreign government. In this case, it is the US government. So, you used to work there, and now you are the head of a national television channel in Russia. How long have you been working there? For quite some time, right? Isn’t this is a sign of liberalism?