Today Kevin Hester and I had the honour to have a discussion with New Zealand climate scientist, Dr. Jim Salinger.

Here are some comments from Kevin

Today 30/11/2015, I had the honour of interviewing, alongside Robin Westenra, Dr Jim Salinger, who I consider to be NZ’s pre-eminent climate scientist, on the subject of Abrupt Climate Change.

Dr Salinger is the honorary academic at Auckland University’s School of Environment and has been a lead author for the IPCC, was a member of the Nobel Prize-winning team and spent 30 years with N.I.W.A.. the National Institute of Water and Atmosphere and the NZ Met Service.

This is I believe, a seminal moment in New Zealand climate science history when such a respected scientist publically speaks so frankly.

The significance of the word ‘Abrupt’ cannot be underestimated and brings into question the subject of ‘Climate Tipping Points’ and how rapidly they will tip the biosphere into a level of chaos that will make the current climate disruption seem like “ The Good Old Days”.

My own position with regard to our climate catastrophe is that we are past “ The point of no return” as our polar ice caps are melting in an unstoppable death spiral, faster than previously thought with huge quantities of methane being released from both the permafrost, the sub-marine clathrate deposits and remarkably from peat bogs burning in Siberia and the 11,000 forest fires currently burning in Indonesia which are emitting more carbon than the USA which before these fires were deliberately started was the world’s 2nd largest emitter. The Indonesian fires alone are the equivalent of the second largest country in terms of emissions on this planet appearing out of nowhere, whilst we have 8.5 million acres burning in America alone and millions of acres burning uncontrollably in Siberia.

Abrupt climate change is now upon us and we need to do Everything within our power to reduce our emissions which brings us to the issue of the Trans Pacific Partnership agreement.

If the government of John Key were to sign the TPPA we would be severely exposed to legal action under the Investor disputes clause which would leave us open to legal action in overseas tribunals if we instigated emission controls that could be deemed to breach the agreement or the rights of the corporations behind it.

Also discussed was the issue of Nuclear being promoted at Cop 21 in Paris as a solution to climate change and to paraphrase Albert Einstein “ If the answer is nuclear power it must have been a stupid question. Nuclear is a stupid way to boil water”

It is now time for our politicians of every ‘stripe’ to discuss abrupt climate change and for NGO’s like Greenpeace, Oxfam, 350.org et al to all accept the significance of this new paradigm and to prepare accordingly which to date they have all avoided.

Dr Salinger has graciously agreed to be re-interviewed in the coming months where we will recap the outcome of the Paris talks and update what I now refer to as The Great Unraveling.

This is a photo of myself and Dr Salinger on the recent climate change march in Auckland. 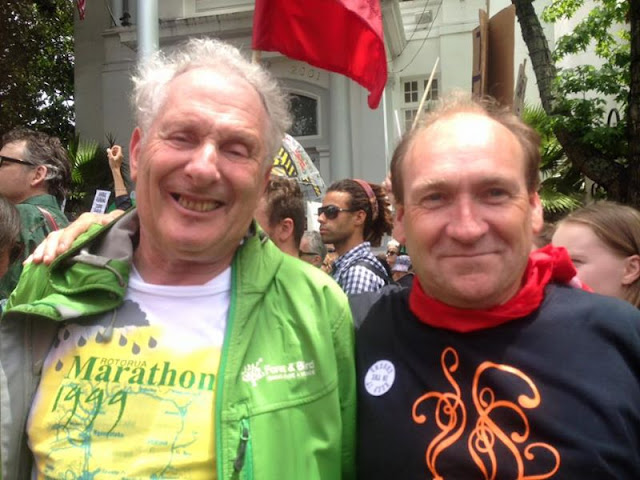 
And a recent artiole from Carbon News


How climate change has taken a turn for the worse 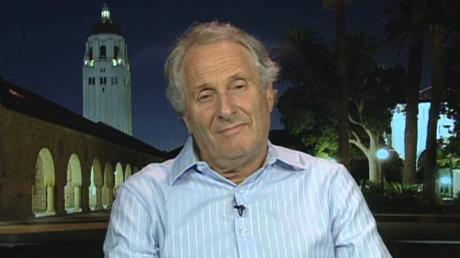 The world is now in abrupt climate change, says a New Zealander who was one of the first scientists in the world to talk about human-induced climate change.

And as the world’s leaders head to Paris for talks over a new climate treaty, Dr Jim Salinger is instead putting his faith in ordinary people.

Salinger came across the fact that the world was warming almost by accident in the 1970s. For his PhD, he analysed New Zealand’s climate records, expecting to find, in line with the thinking of the day, evidence that the world was slowly moving toward another ice age.

But his finding that the climate was, in fact, warming, led to post-doctoral research at the University of East Anglia, and the publication of scientific papers.

Initially, the discussion was largely academic, but by 1990 it was becoming “pretty clear” that, left unchecked, climate change would be disastrous for humans and the world as they knew it, he says.

Now honorary academic at Auckland University’s School of Environment, Salinger has been a lead author for the IPCC (and was a member of the Nobel Prize-winning team) and spent 30 years with the National Institute of Water and Atmosphere (Niwa), and the Met Service.

With such a background, you would think that he would be a certainty for the COP21 (Conference of the Parties) talks in Paris, but he says he has never taken part in any of the COP talks because he has little faith in the ability of politicians to do what needs to be done.

Instead, he focuses on helping the public to understand what is happening.

So he spends as much time as he can talking at public meetings, such as the recent Greatest Show on Earth panel in Hamilton.

The science behind climate change isn’t difficult to understand, he says, when it’s explained properly, and he believes that public acceptance is growing.

“Definitely today, compared with five years ago, there’s much more acceptance of the science,” he said.

That doesn’t mean, however, that everybody accepts it; Salinger has been the target of groups trying to discredit the science of climate change.

He says he deals with it by trying to remain calm and rational, and by allowing the science to speak for itself.

And despite the fact he – possibly more than any other New Zealander – understands just how close the world is to unliveable climate changes, Salinger remains optimistic that the world will act in time to avoid the worst impacts.

“There is always hope,” he said. “People need to think what steps they are taking that will add up to a much larger action. Everybody has to be in the tent.”

But with the latest science showing that the world has warmed by an average 1deg since 1850, and the amount of carbon dioxide in the atmosphere now at 400 parts per million (scientists had recommended not exceeding 350ppm), there is no time to waste, Salinger says.

Posted by seemorerocks at 16:46