Donald Trump may back dangerous 'wall in the sky' plan to fight climate change, warns watchdog 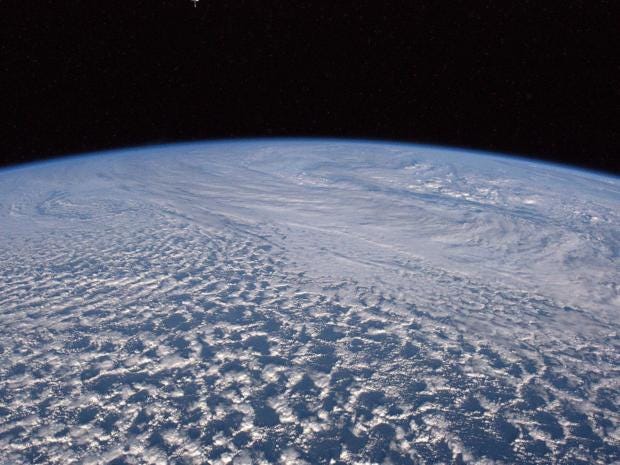 
A controversial plan to create a “wall in the sky” to reflect sunlight could win support from the Trump administration because it appears to offer a way to keep burning fossil fuels while reducing global warming, campaigners have said.


A team of Harvard University scientists led by Professor David Keith plans to begin a trial of a so-called ‘geoengineering’ project next year.


This will involve spraying fine particles of water and various materials, such as sulphur dioxide, from a high-altitude balloon.

It is thought doing this on a large scale would cool the planet in a similar way to the effect of the lightest debris produced by volcanic eruptions.


However such ideas are controversial with the United Nations Convention on Biological Diversity agreeing in December that its moratorium on climate geoengineering should remain in place.


This is partly because such measures could have unintended consequences, such as causing drought in the Sahel region of Africa, as one scientific study suggested.


After the Harvard team unveiled their plans, Silvia Riberio, Latin America director at technology watchdog ETC Group, told the Guardian: “Clearly parts of the Trump administration are very willing to open the door to reckless schemes like David Keith’s, and may well have quietly given the nod to open-air experiments.

“Worryingly, geoengineering may emerge as this administration’s preferred approach to global warming.


“In their view, building a big beautiful wall of sulphate in the sky could be a perfect excuse to allow uncontrolled fossil fuel extraction.


“We need to be focussing on radical emissions cuts, not dangerous and unjust technofixes.”


Professor Daniel Schrag, of Harvard, said in a promotional video about their planned trial: “One aspect of the climate problem that people sometimes don’t appreciate is the timescale – the fact that a large fraction of the carbon we are putting in the atmosphere will still be there thousands, even tens of thousands, of years from now.”


But switching from fossil fuels to renewables, he claimed, would take “many decades and probably much more than a century”.

“Many of us who have looked at the energy systems of the world and the climate system have a feeling we may actually not be able to switch our energy system over in time to prevent the worst consequences of climate change,” Professor Schrag said.


“This is really why solar geoengineering is, I think, an important thing to look at very carefully.”