I am following the news every day but this eluded me – I had to be told. Is it any wonder when this important news is not covered by the mainstream media 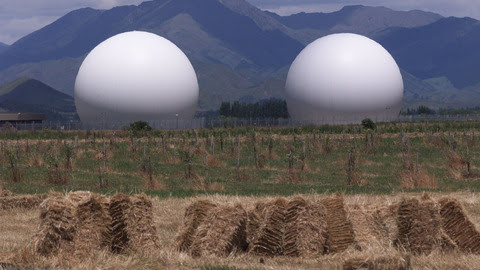 The New Zealand Intelligence and Security Bill was supported at its final hurdle by all parties except the Greens.

The reforms have not attracted the same level of debate and controversy as the expansion of the Government Communications Security Bureau's (GCSB) powers in 2013. That is partly because the latest round of law changes have cross-party support.
The bill brings the GCSB and the NZ Security Intelligence Service (SIS) under the same laws and warranting regime.
In a fundamental shift in policy, it permits the GCSB to monitor New Zealanders if national security issues are at stake.
Until now, New Zealanders could only be targeted by the agency if they were an agent of a foreign power.
A "Type 1" intelligence warrant will be needed to target New Zealanders using otherwise unlawful activities, such as intercepting phone calls.
That will require approval from the minister and a Commissioner of Intelligence Warrants and will be subject to review by the Inspector-General of Intelligence and Security - a process known as a "triple lock" process.
There will also be new flexibility in terms of getting warrants, including allowing warrants for classes of people rather than named individuals.
The Government has given the example of the intelligence agencies being alerted to a group of unidentified New Zealanders in Syria.
A group warrant would allow them to target those people without having exact information on their identities.
Urgent warrants can also be sought in special cases, including where someone's life is at stake or there is a serious threat to New Zealand's national security.
In such cases, a warrant must still be applied for within 24 hours, and if it is not authorised all information collected would be destroyed.
The reforms also create a new offence for leaking Government information, punishable by up to five years' jail.
The law changes were informed by a broad-sweeping intelligence review by Sir Michael Cullen and Dame Patsy Reddy, released last March.